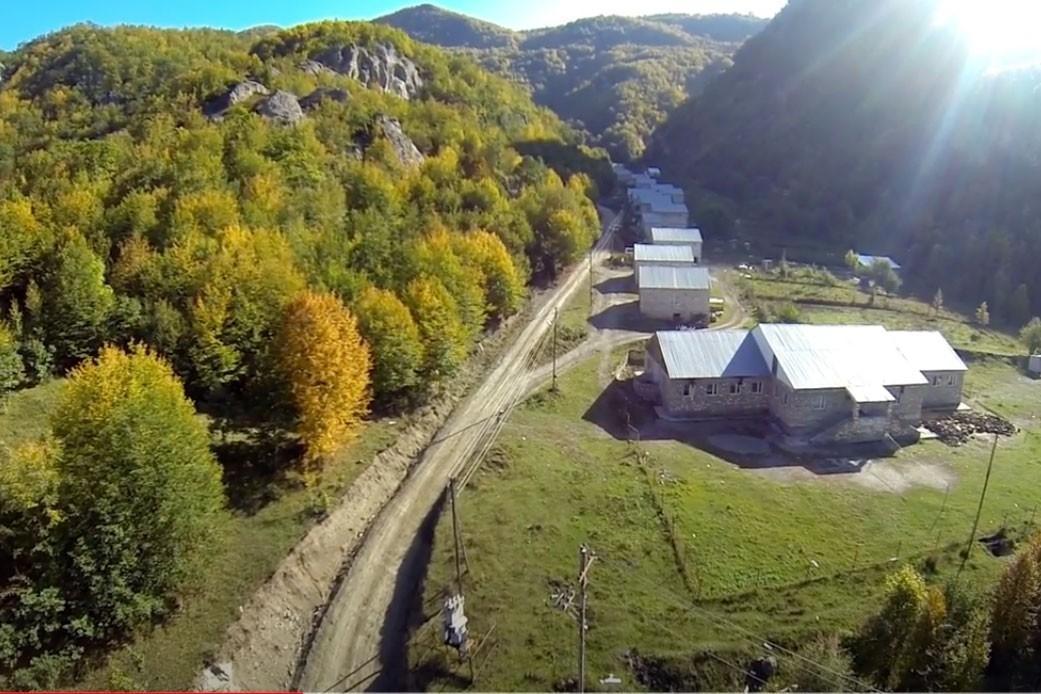 Nareg Hartounian, founder of the Naregatsi Art Institute in Armenia, sounds a stoic note when talking about what the organization has lost in the aftermath of the recent Artsakh war.

"Man cannot take what God has given him. It may be temporary, but it belongs to us,” says Hartounian.

Over the years, the American-Armenian Hartounian family has implemented two major projects in Artsakh: construction of the village of Knaravan in the Karvatchar (Shahumyan region) and the founding of the Naregatsi Art Center in Shushi. The Hartounians have invested about $2 million in the two. Both are now in Azerbaijani controlled territory.

Knaravan was founded by the family of Nareg’s father, Garabed Hartounian, in 2004. Fifteen houses, a school, a health aid station and a community hall were built in the village for families with many children. The benefactors donated the houses to families who moved to Knaravan from different settlements of Armenia, such as Artashat, Vedi, Gavar, and Yerevan, on the condition that they live there for at least ten years. All were forced to leave last November, setting fire to their homes before leaving.

Nareg Hartounian first visited Artsakh in 2002. He says that at that time the Artsakh government provided land on the condition that they be developed. His mother, Knar Harutyunyan, died in 2002. It was his father's wish to do something symbolic in the memory of his wife in the homeland. 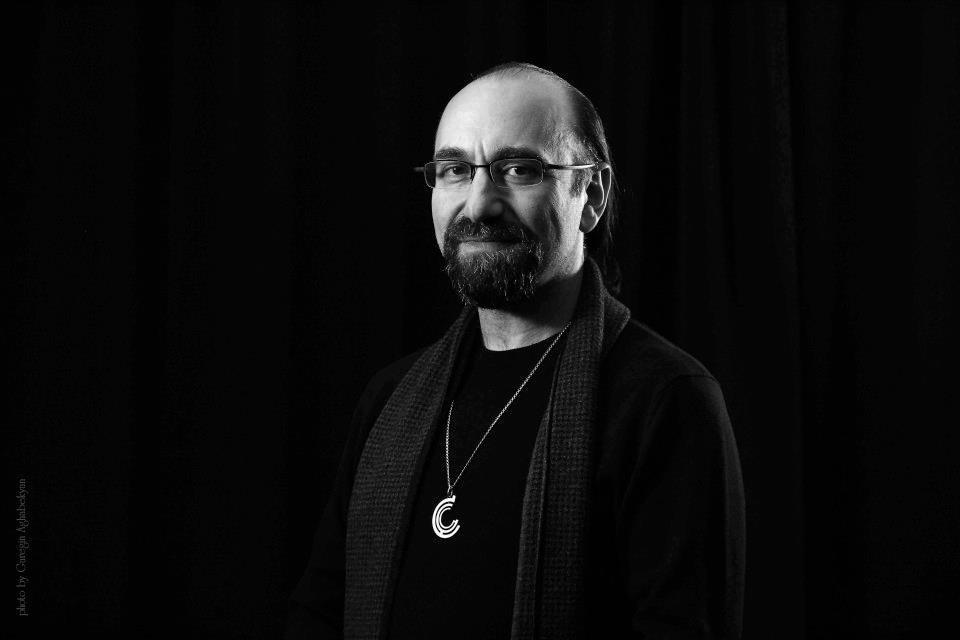 "We thought of building a small village on the liberated lands. We named it Knaravan after my mother. We built the village in the liberated area because Karvatchar was Armenian historical land. Above the village, on one side is Handaberd. On the other side there is a church. There were many khachkars (stone crosses) in the area, testifying to a centuries-old Armenian presence there, ” says Hartounian.

"Today, it is the duty of every Armenian to support the reconstruction of Artsakh. We are obliged to continue the work entrusted to us by our ancestors, we are obliged to survive, we are obliged to pass on the Armenian name, the homeland to our children. Knaravan should expand and grow. New Knaravans should be born slowly,” said the late philanthropist Garabed Hartounian at the opening of the village on September 3, 2004.

The construction of Knaravan wasn’t complete when the war began. The founders intended to build guest houses there so that the visitors could have a place to stay and to provide jobs for the villagers.

"We never thought we could lose it one day. We never imagined we could make so many mistakes that we would lose it. But it’s a fact that, as a nation, we didn’t manage to sufficiently organize,” says Nareg Hartounian. 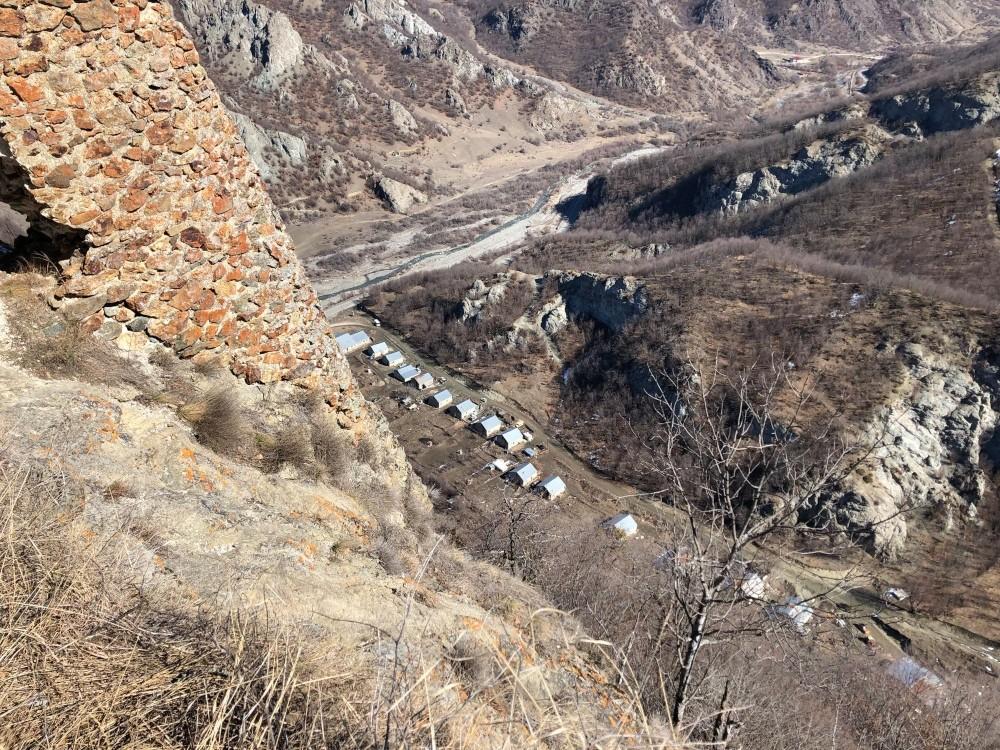 Knaravan community Mayor Artavazd Mikaelyan moved there from Vedi with his family in 2006.

"Karvatchar was the homeland for us. I encouraged people to come and live there. There was a big school in the village, an aid station, a community hall, which were built by Garabed Hartounian. We all thanked them for providing us with everything. We did not think that one day the liberated territories would be returned. I left Knaravan in the last few days. My two sons and I were taking part in the battle. Until the last day, I did not believe that we must leave the village,” says the mayor.

Mikaelyan says people lived relatively well in Knaravan. They worked at the military unit, at the school, raised livestock, and engaged in beekeeping.

The residents of Knaravan, fifteen families, are homeless again. Mikaelyan says they’ve relocated here and there, wherever friends provided them a place to live.   Mikaelyan returned with his family of eleven to his hometown of Vedi, where he has nothing. They are temporarily living in the house of a relative in Russia. 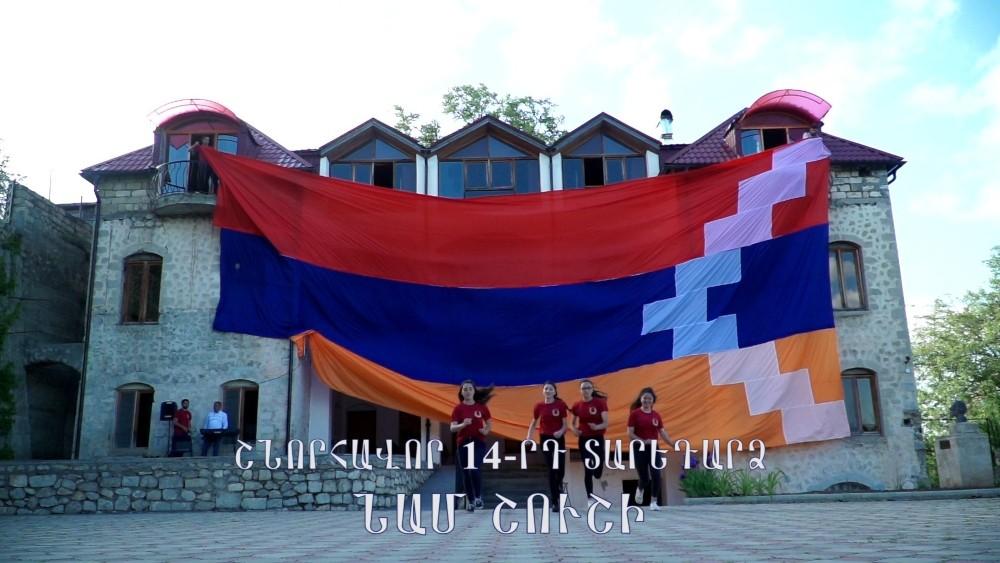 Along with the construction of the village of Knaravan, the Hartounian family first founded the Naregatsi Art Institute (NAI) in Yerevan and then in Shushi. NAI started its activities in Yerevan in 2004 and opened its center in Shushi in 2006.

"In Shushi, we were given a three-story demolished building to preserve the best values ​​of Armenian culture, to unite artists, to fulfill our mission of supporting talented young people," says Nareg.

The completely reconstructed building had an event hall, an office, and a library-hall, where children and teenagers from Artsakh were taught free arts and crafts for fourteen years. The center had painting, woodcarving, miniature painting, carpet weaving, pottery, embroidery, photography, guitar, qanun, song, dance, theatrical, storytelling, recitation and other groups. 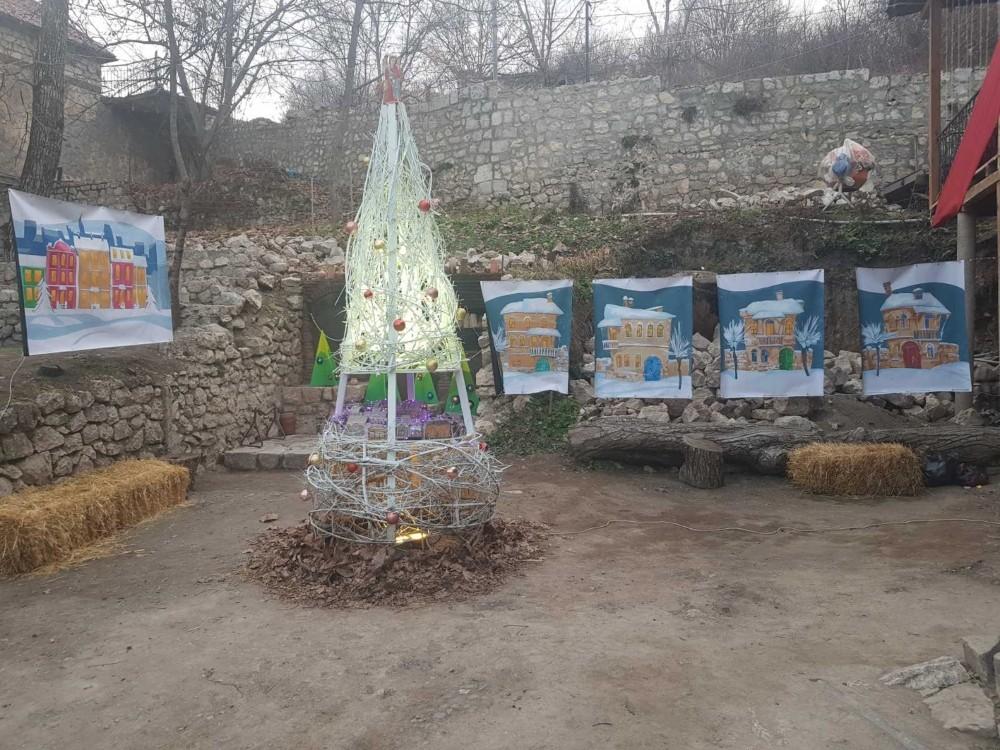 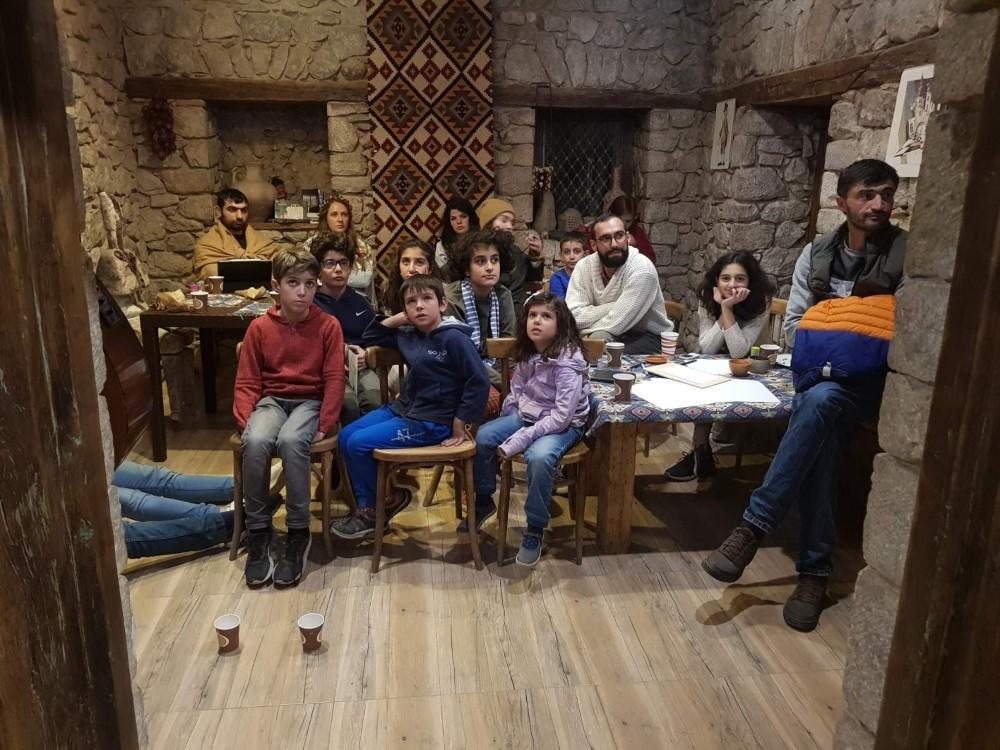 Every summer, a camp was organized for 300-400 children in Shushi and Stepanakert.

"People were seriously committed to education. They introduced philosophy in their work. They educated the kids," says Hayk Papyan, the center's director, referring to the masters and artists involved in the center's work. 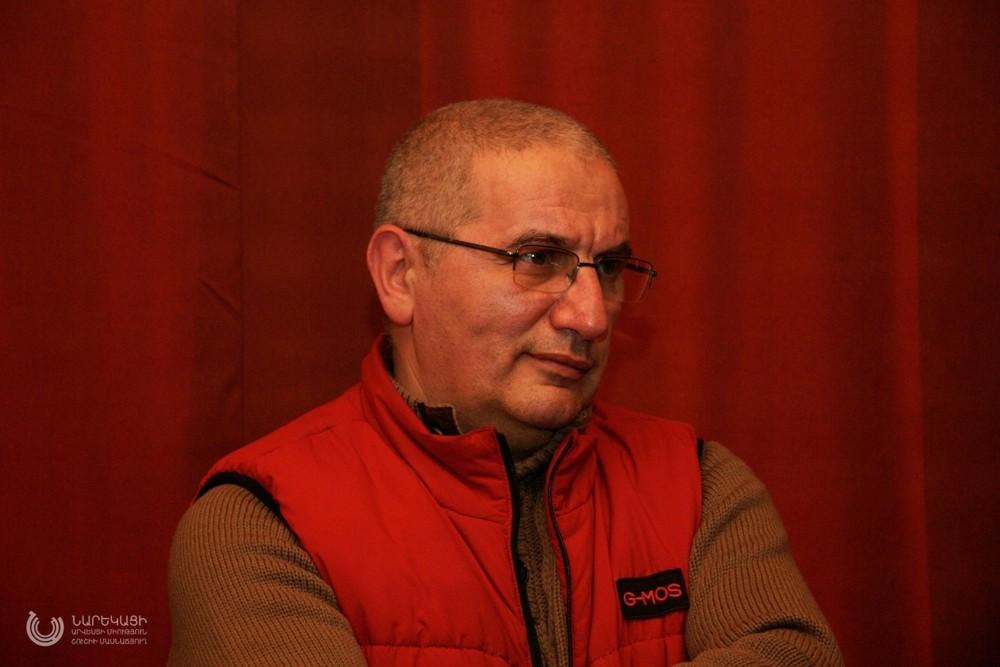 In the first years of NAI's founding, 200-300 children attended various clubs, and in recent years, 50-70 children attended. The decrease in the number of children was due to the increase of art schools and clubs in the city. Therefore, NAI changed the direction of its work to some extent, also taking steps for the adult population of Shushi. Every week, professional groups from different places were invited to stage concerts, theatrical performances, art exhibitions, etc.

For two years, the center hosted the BrutArt International Pottery Symposium, which was attended by people from around the world, leaving their sculptures there during the 15–20-day symposium.

"In recent years, we have been creating serious art. We struggled to introduce classical culture. We spurred Armenian-based art. We had guests from Belarus, Ukraine and Israel who admired the center's activities and said that they had seen such work elsewhere,” says Papyan.

To expand its activities, the Naregatsi Center in Shushi reconstructed a two-story building with an area of ​​600 square meters, which was called the House of Fairy Tales. It was to be a place of entertainment. A café was on the building’s first floor. The second floor housed a hall for theatrical performances and concerts. 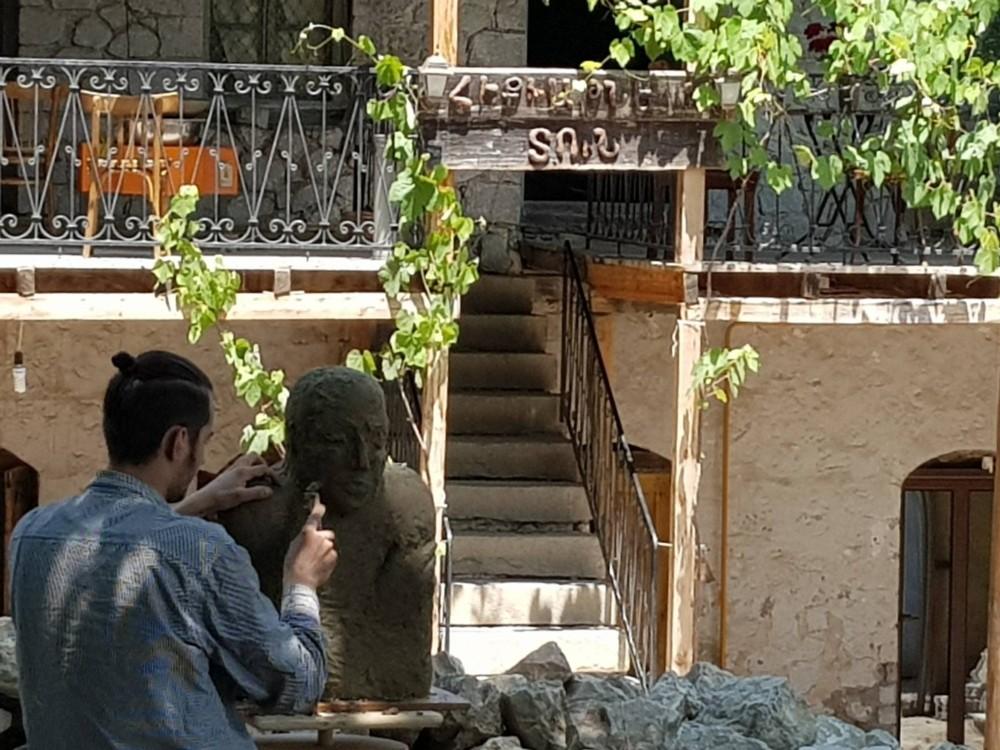 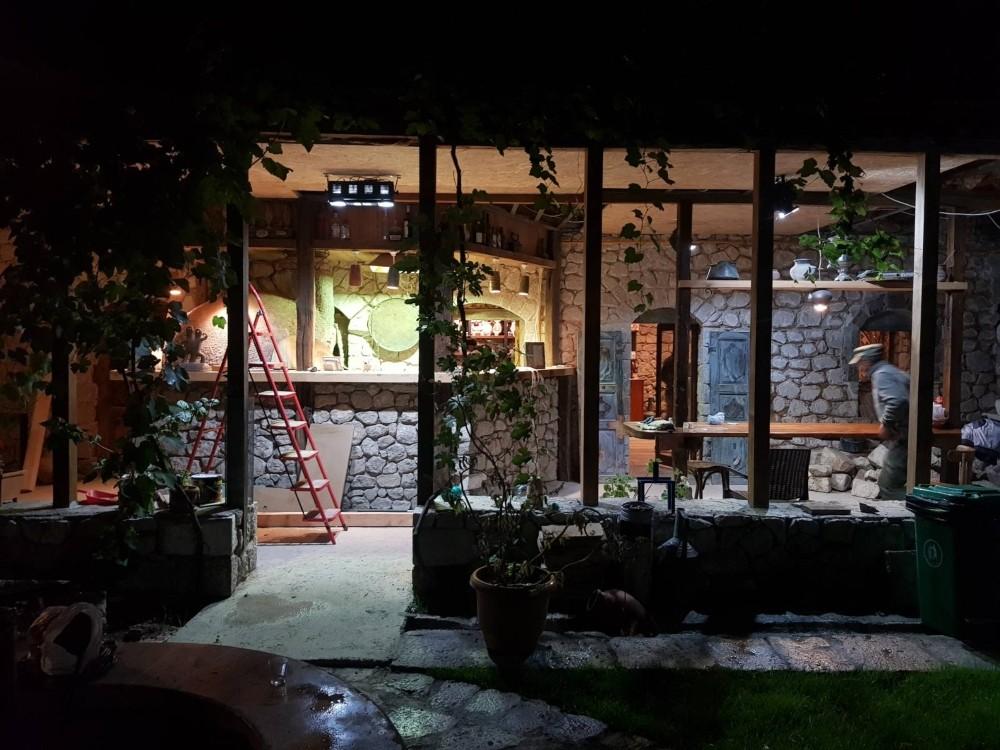 Hayk says that last October, fifteen people took refuge in the NAI center in Shushi. On October 29, he took the women out of Shushi because Azerbaijani drones were hitting them hard. The center shut its doors on November 4, 202 when the menfolk left Shushi. Dozens of sculptures, raw materials, basically all the property acquired by the center over the past fourteen years, were left behind.

"Everyone hoped that their years of work would not suffer such a cruel fate. After all, the center encapsulated not only the enormous work of the NAI over the years, but also the dreams and future of the children of Artsakh attending the center,” says Papyan, who headed the center for the last four years. 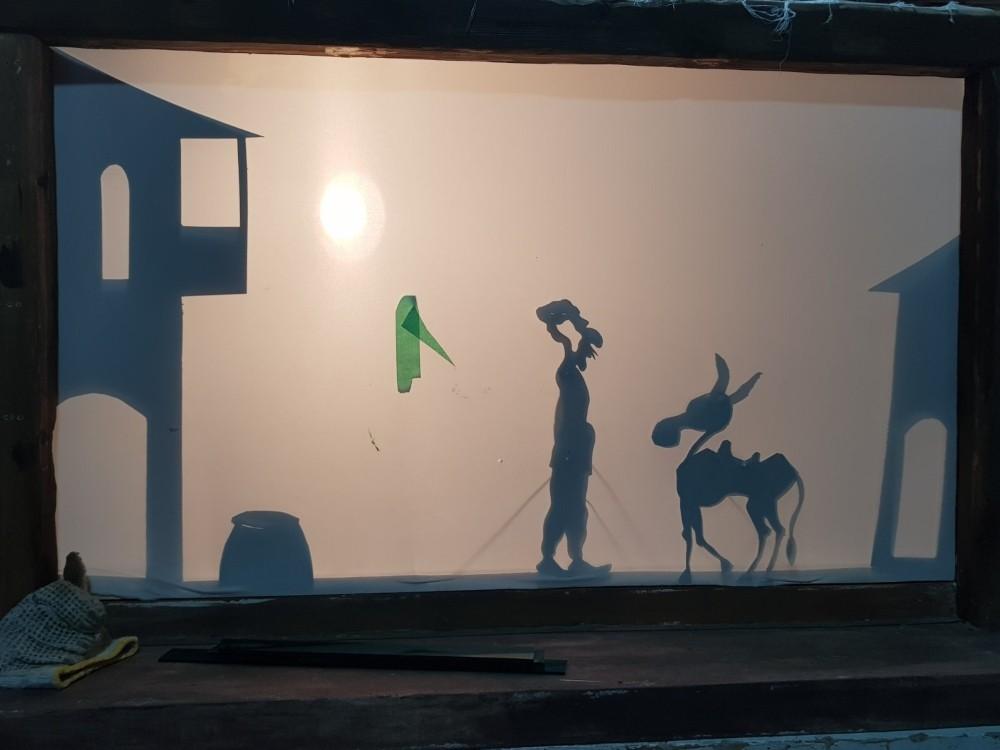 From cultural work to humanitarian aid

After losing Knaravan village and the Shushi Art Center, the Naregatsi Art Institute turned from cultural work to humanitarian aid. NAI has aided more than 300 Artsakh families, including former residents of the village of Knaravan now in Armenia.

"When there is greed, insult and avarice, when you do not approach your people, your nation with piety, respect and love, you lose a lot. We have seen this in the last thirty years," says Narek Harutyunyan.

"The biggest loss is our soldiers, the thousands of wounded. After this sad and tragic situation, I no longer think about the loss of territories. In 1992, the Montes (Monte Melkonian-ed) liberated those lands. They died, but their faith and courage saved us. It was our spiritual duty to maintain, to develop the liberated lands, so that the boys looking down from the heavens would be proud," says Nareg Hartounian.

Photos were provided by the Naregatsi Art Institute

George 2021-02-10 03:36:07
"In 1992, the Montes (Monte Melkonian-ed) liberated those lands. They died, but their faith and courage saved us. It was our spiritual duty to maintain, to develop the liberated lands, so that the boys looking down from the heavens would be proud," Well said Nareg! It's to sad to see what traitors like Pashinoglu did with Monte's achievement and legacy!
mihran robert mahmouzian 2021-02-10 01:46:50
let work for the future of Armenia forget the past .i know we will achieve d it . Mihran