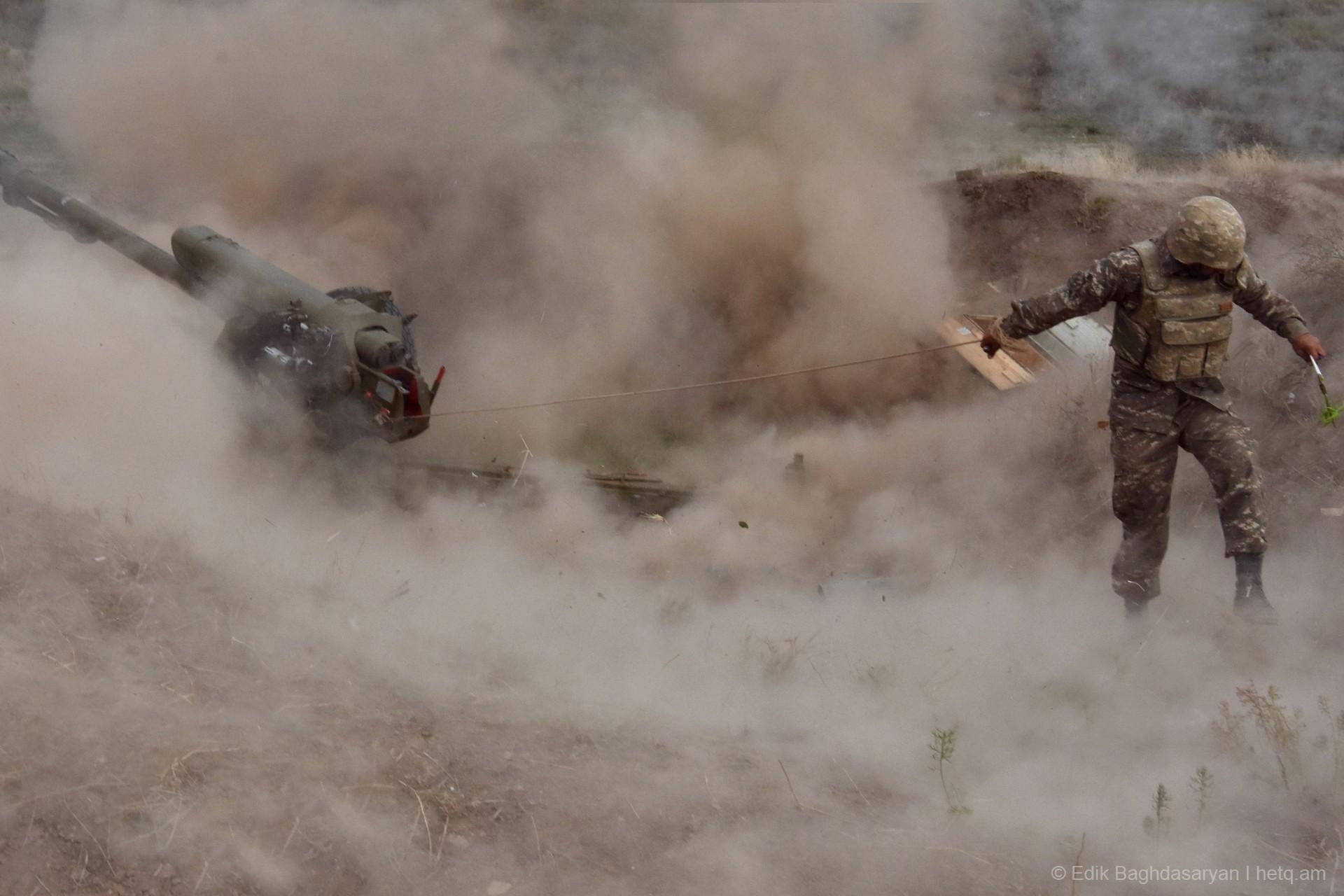 Most people today, I do not know why, say for sure that we were destined to lose this war. First, it was possible to avoid war, but the authorities were unable to do so. They were not ready to retreat an inch from their populism. So do not look for meaningless excuses. And do not put everything on the army.

We had a 30-year-old army that always did its job. The army was not created in one day. It experienced an exceedingly difficult route. Yes, there were many problems in the army. They robbed, and rob, from the army, but this does not mean that we did not have an army. You cannot imagine what kind of soldiers and officers we had in the army.

I am of the exact opposite opinion. Do not excuse the current authorities, the Commander-in-Chief. I am even convinced that the weapons we had were enough to stop, exhaust and force the enemy to cease hostilities. And if the army had been equipped with Tor air defense systems before the attack, the airspace over Karabakh would have been off-limits. Even if new anti-aircraft weapons were brought in quickly in the early days (they were brought too late), which, of course, was possible, the war would have had a completely different outcome. But the My Step* people did not take the many signals of war seriously. There were troop gatherings across the border, and months before the attack, engineering work was in full swing for months. But all this was a thousandth issue for the government.

I am still convinced that if we had known the day and hour of the attack, we would have stopped the enemy on completely different lines. If we had been ready for the first blow, the war would have had a different outcome. Let me bring an example. In the morning of the attack in one of the defensive directions, three anti-aircraft guns hit our air defense. Why was it not the same in other directions? No one is trying to find out. So far, I have come to that conclusion from my meetings, they have not even analyzed the reasons for our defeat. They have not studied the battles of different sectors, the reasons for the losses, the failure of the counterattack.

When I’m asked for the reason for our defeat, I immediately answer, ignorance.

We had so many victims, wounded and missing in Artsakh due to incompetent, ignorant military organization. There was so much confusion in the war management system that even the bulletproof vests could not be delivered. The south direction was paralyzed. In different directions, you could not find out who the commander of the detachment was or what tasks a rifle detachment deployed to that area had to carry out.

During the war, near Sarushen, we met a detachment that obeyed Samvel Babayan and was there by his order. There was a detachment sent by Artsakh President Arayik Harutyunyan, and there were conscripts of the Artsakh Defense Army.

These three forces did not communicate with one another.

It was incomprehensible how Azerbaijani troops were able to capture village after village without encountering any resistance. Why didn’t the Armenian troops there   put up any organized resistance? I couldn’t comprehend why our artillery shelled some area for hours. Nor could I understand why an Armenian squad sent to comb the forest for enemy troops, for three days and nights, were never given night vision equipment.

There are many unanswered questions.  And it seems that no one is trying to answer them.

No one explains how it was possible to hand over Hadrut, why the troops were withdrawn from Sghnakh, thus opening the way to Shushi.

By whose order and why was the army withdrawn from Karin Tak?

And why did Nikol Pashinyan write on November 9, hours before signing the famous document, that the fighting for Shushi was still underway?

And I will never understand why the Chief of the General Staff never toured the army for 44 days and why he did not set foot in Artsakh.

In the same way, without receiving an answer to any question, we destroyed the country's security system, throwing Armenia into the arms of the Russians and the Turks.

Today, we are almost non-existent as a country.