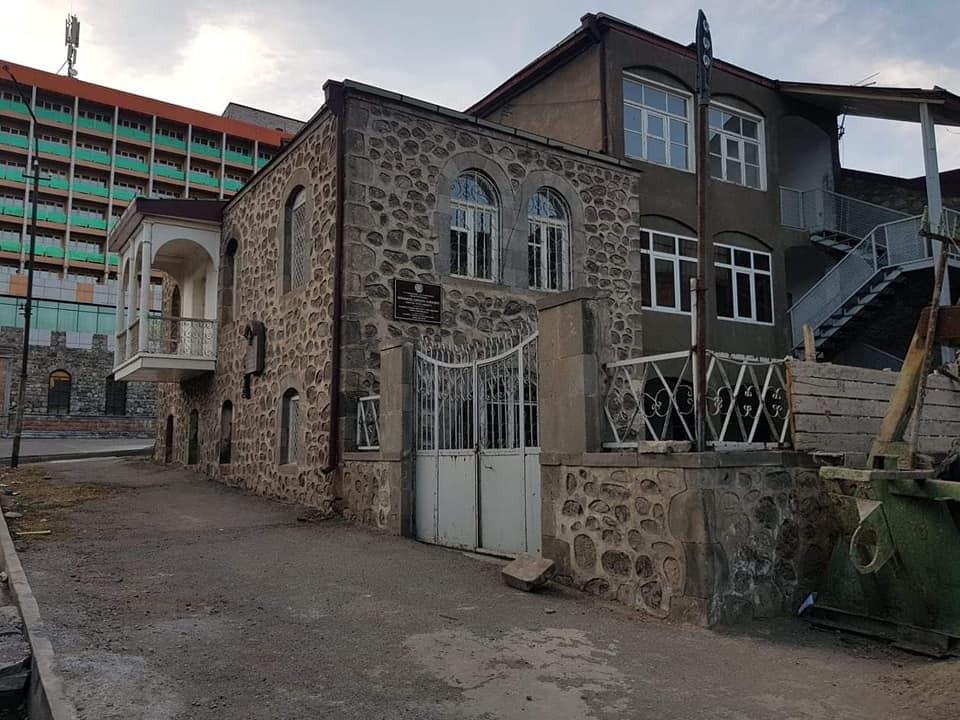 On February 8, Armenia’s State Property Management Committee announced the auction of the Goris Teacher's House, which is owned by the National Institute of Education CJSC.

Goris Deputy Mayor Irina Yolyan found out about the sale of the Teacher's House on the committee's website. She wrote about the sale on her Facebook page, noting that the house is a building of historical significance, which previously served various purposes.

"It belonged to the community. Then the community donated it to the National Institute of Education," says Yolyan.

"In the past, such important buildings were put up for auction. Today, there are no such buildings on the community’s balance sheet that can serve as communal institutions," says Yolyan.

Sale approved by the ministry

Nazaryan noted that according to the government's decision, the National Institute of Education CJSC, subject to the Ministry of Education and Science, is in the process of liquidation, and the company's property is up for sale to pay off debts.

The building is a historical and cultural monument, but can be legally sold

The Goris Teacher's House is a historical and cultural monument and is registered as such in a 2005 compiled government list of Syunik sites. 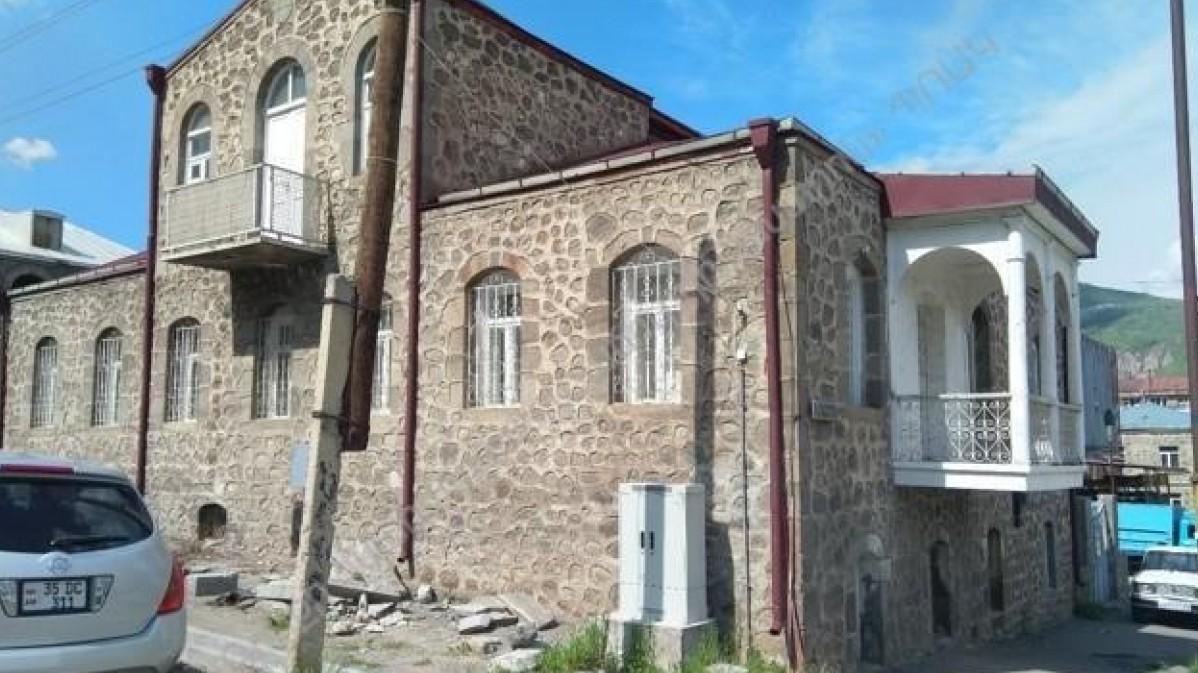 Suren Shakaryan, who heads the Department of Preservation of Monuments and Historical Environment of the Agency of Preservation of History and Cultural Monuments, refers to this decision, according to which the Goris Teacher's House is a historical and cultural monument.

However, the Law on Preservation and Use of Immovable Historical and Cultural Monuments and Historic Environment stipulates that it is the government that approves the list of state-owned monuments that are not subject to sale. The 2007 list approved by the government does not include the Goris Teacher's House.

Shakaryan says that, in addition to the previous one, the ministry has sent a new letter to the SPMC, stating the rights and responsibilities of the new owner. Accordingly, the owner is obliged to maintain the safety and security of the monument, to ensure the accessibility of the monument for inspection and protection, to carry out strengthening, repair, improvement works, submitting their designs to the authorized body (ministry), etc.

To change the operational nature (zoning) of the building, the new owner must apply to the ministry for approval. Shakaryan says that such permission is usually not granted in the case of archeological, religious, or historical structures.

Gagik Grigoryan, the grandson of the archbishop’s sister, still has a copy of the Grakan Tert where the writer Sero Khanzadyan relates how Khrimian Hayrik was a guest of the Ter-Movsisyans in 1903 while travelling from Artsakh to Tatev. 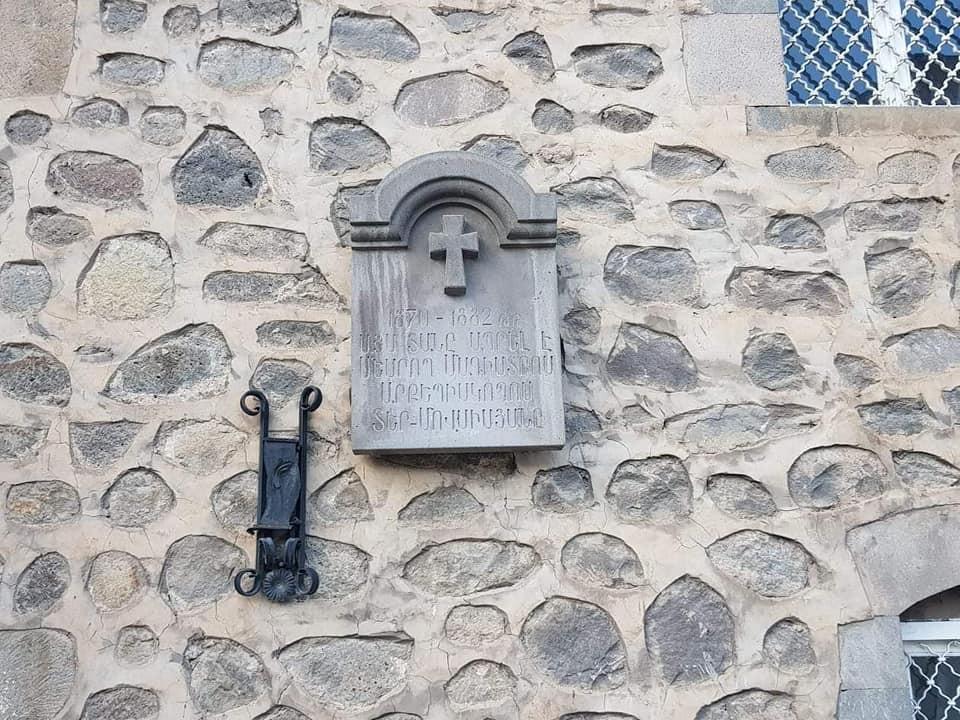 Grigoryan says he was surprised to learn of the auction.

“Are there that many buildings in Armenia like it? What will they do with that money?" Grigoryan asks.

During the Soviet era, part of the house was nationalized, and the other part belonged to the archbishop's brother, Karapet. It was all nationalized later. Grigoryan says that the Soviet authorities wanted to demolish the house and build a high-rise apartment building. Goris architect Sevada Zakaryan prevented the demolition of the historic building.

Vardan Sargsyan, Director of the Axel Bakunts House-Museum and an employee of the Goris Geological Museum, says that the auctioned building is one of the first architectural structures in old Goris.

Sargsyan says during the last period of Soviet rule, when the church was freed from its shackles, the Ter-Movsisyan house served as the prelacy of the Syunik Armenian Church Diocese. 1989 Catholicos of Cilicia Garegin II (later Catholicos of All Armenians Garegin I) and Catholicos Vazgen I visited that building.

Sargsyan notes that the Ter-Movsisyan family has made great contributions to Goris over the years. Arakel, the archbishop's brother, donated his house to the community to use as a school building. The writer Axel Bakunts studied there from 1905 to 1910.

Grigoryan says the building could be turned into a much-needed cultural center, and that one of the rooms should be dedicated to the memory of Archbishop Ter-Movsisyan.