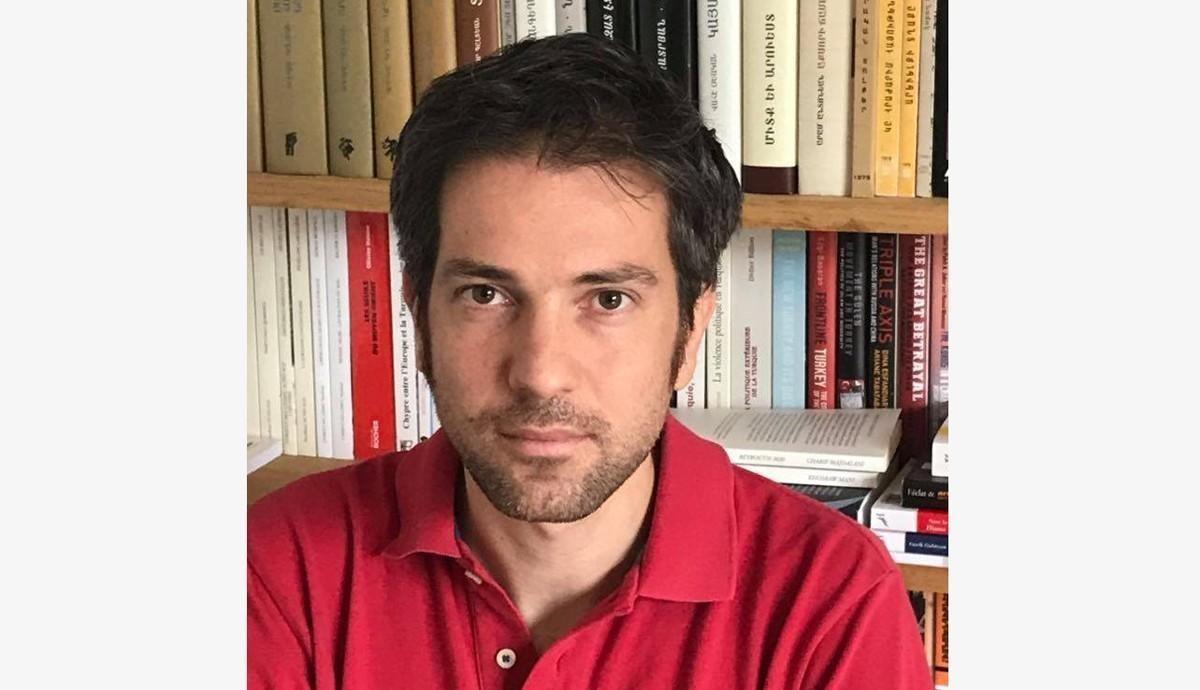 Q - In recent months, after mutual criticism and insults, the Presidents of France and Turkey have held talks. What do you think has changed in the approaches of the leaders of the two countries? Isn't President Macron a "French disaster" for the Turkish president, as he described him months ago?

A - The recent insults and untimely statements made by the President of Turkey to President Macron have undoubtedly degraded bilateral relations, but not to the point of severing them. We have entered a period of long-term turmoil. Paris and Ankara have become strategic rivals in Libya, Greece, Cyprus, Lebanon and, to a lesser extent, Karabakh.

French-Turkish relations face turmoil in the long run. Some issues are still unresolved, particularly in Lebanon, where France and Turkey are in competition, and where their interests are at odds. Also, in the Aegean Sea, where France is arming and training the Greek air force. All these obstacles suggest that French-Turkish relations are far from calming down, even if we can see agreements in certain areas, in particular, "against terrorist organizations," as Erdogan said.

When the President of Turkey resorts to this belligerent and un-diplomatic rhetoric, he also does so for internal political purposes.

France is extremely isolated when dealing with Turkey. It cannot count on the support of Germany, as well as NATO and other EU countries, to influence its decisions. On the other hand, Turkey will continue to do what it has known since the 19th century, playing on the divisions between Western countries, in order to eliminate the balance of power that was initially unfavorable to it.

Q - After the 44-day war in Artsakh, has France changed its attitude towards Armenia, considering the direct influence of Russia?

A - France, which was one of the main countries of the Minsk Group, has seen its role significantly decreased due to recent events.

Q - How would you describe the current domestic political situation in Armenia? What are the expectations of the French-Armenian community?

A - As there, the situation here is very confused. ARF supporters are in favor of Nikol Pashinyan's unconditional resignation. They accuse Pashinyan of being an amateur, of incompetence, populism and his inability to listen to criticism. On the other hand, intellectuals who stand out with their French education are convinced that despite his mistakes, the Prime Minister is a symbol of democracy.

More seriously, is that both sides believe that there is no alternative and a third person who will be able to overcome the challenge of moving to a new regime is needed.

Obviously, Armenia is undergoing a serious political crisis, which is first of all a regime crisis. The 2015 Constitution is still in force. It does not correspond to a post-Soviet country like Armenia. Thus, we can not talk about a "velvet revolution" or a new regime, because it is still the same Constitution. I am convinced that Armenia's salvation depends on an inclusive dialogue and Nikol Pashinyan's resignation. Armenia's problem is that we have not been able to build a state since 1991. Each president has built his own regime. When Nikol Pashinyan came to power, with the help of civil society, he also built his regime.

Q - After the ceasefire, you told us that the diaspora should reconsider its relations with Armenia, and that the talents of diaspora Armenians need to be used   in Armenia. Is that connection noticeable? What should be done on a mutual basis?

A - What unites the Armenians of Artsakh, the diaspora and the Republic of Armenia is the inability of their elites to assume leadership, to have a sense of state and responsibility. This is a problem rooted in Armenian political thought, an inability to understand the real world. On the contrary, Armenians flee from it. In 1991, the Armenian state missed its opening with the diaspora, and the diaspora was unable to make concrete investments in Armenia. Armenia-diaspora relations are weak as they are too focused on humanitarianism, tourism and culture.

I think we should support initiatives like iGorts that aim to strengthen this new symmetrical and horizontal relationship. For Armenia, as an independent state, the future is with the diaspora. Unfortunately, the risk that we will become an autonomous region of Russia or repeat the fate of the Assyrian people is not out of the realm of possibility.

mihran robert mahmouzian 2021-03-07 03:18:39
armenian of armenia know everything ..they will never advise from anyone specialy from armenian fromthe outside they just want the money to steal it .from the top to the last one .saying haistan haistan .
kevork warian 2021-03-07 01:33:21
we need change of leadershipe