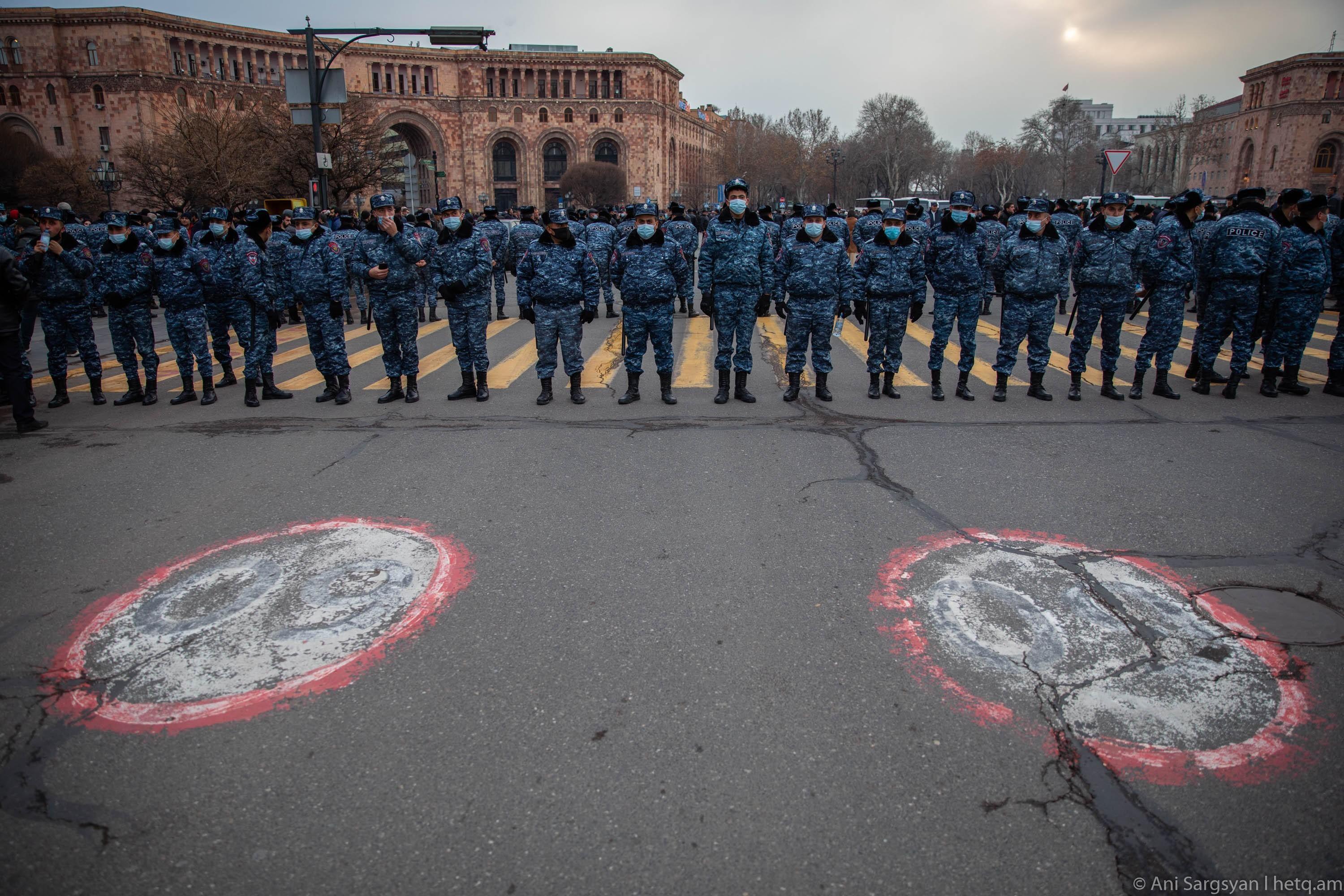 Armenia's Police Department Signs $898,000 Contract with Company Whose Owner is Charged with Embezzlement

Armenia’s Police has signed a contract to pay 467 million drams ($898,000) to a company to paint road markings on Yerevan streets.

Hakob Stepanyan, who owns the company (Regionstroyservice LLC), is accused of embezzling 256 million drams from the government when he served as director of another company, Ukrinvest LLC.

According to the public procurement system armeps.am, the Police signed the deal with Regionstroyservice on January 26, 2012. The company is supposed to paint the markings (lanes, lines, etc.) by the end of this year.

Armenia’s State Register of Legal Entities shows the company was founded on December 24, 2020, just one month before it got the close to one-million-dollar contract.

Vladimir Sargsyan is listed as the company’s sole owner until February 8, 2021. When the deal was signed, Sargsyan was also listed as company director.

In 2018, Hetq wrote that Armenia’s Police Department signed three contracts totaling AMD 1.590 billion ($3.3 million) with Ukrinvest LLC to install street signs and maintain traffic lights in Yerevan and elsewhere in the country. The company only showed one employee on the books at the time.

On June 9, 2020, Armenia’s Special Investigative Service (SIS) issued a statement that in 2018-2019 the director of Ukrinvest company, as well as other persons affiliated with the company, organized and committed fraud and embezzled some 256 million drams.

All but one of the individuals involved were arrested on June 8, 2020.

On June 10, 2020, the SIS reported that the 256-million-dram damage caused to the state had been fully recovered and that the defendants signed affidavits not to flee the country.

Last week, the SIS announced the end of the preliminary investigation into the criminal case.

The last SIS report reveals that only Ukrinvest director Hakob Stepanyan and the head of the Traffic Police Department Konstantin Kostanyan remain as defendants in the criminal case. The SIS handed over the criminal case with an indictment to the supervising prosecutor with a motion to confirm it and send it to court.

In an interview with Hetq, Arevik Khachatryan, who heads of the Public Relations Department of the Prosecutor's Office, said that the case was sent to court on April 12.

As for the other three people involved in the criminal case, proceedings against them were terminated due to lack of guilt.

A statement was posted on the Prosecutor General’s website stating it had contacted the Police Chief to "take effective measures to address the above-mentioned shortcomings in the Traffic Police Service and their causes."