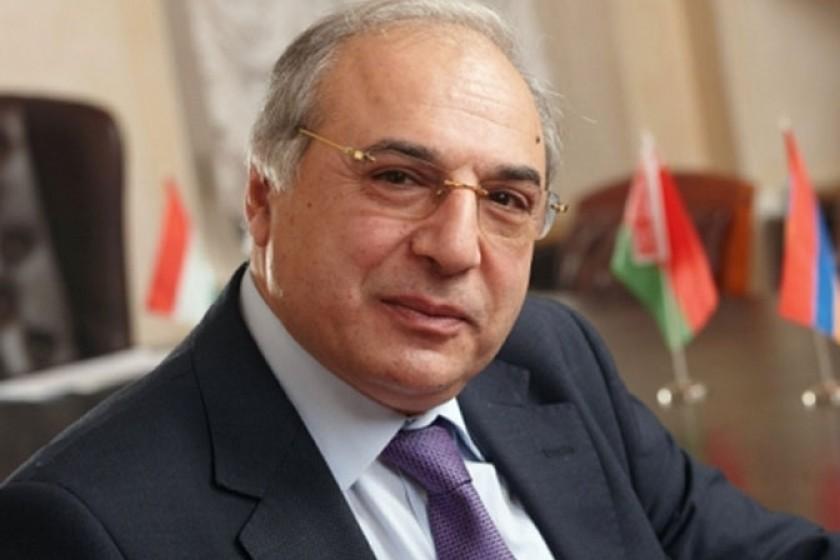 The charges relate to a Yerevan real estate scheme that saw a downtown landmark building at 3 Abovyan Street pass into private hands.

The building in question is the two-story black touf structure colloquially known as AOKS. (AOKS is the Russian acronym for the Armenian Society for Friendship and Cultural Relations with Foreign Countries – ASRFC.)

The IC charges that Smbatyan, who also served as President of the Armenian Cultural Cooperation with Foreign Countries NGO, assisted then Armenian Minster of Culture Hasmik Poghosyan in forging fake papers to acquire the building and land.

The building and land were then sold to an offshore company, owned by Poghosyan’s daughter-in-law, for $550,000.

The IC reports that its investigation continues.

HAGOP 2021-07-28 05:14:51
MORE ARMENIAN CORRUPT LEADERS!!!! NO NEED FOR TURKEY AND AZERI FOR ENEMEIES!!!!!! ARMENIA ENEMIIES ARE CORRUPT ARMENIANS!!!!! 30 YEARS INDEPENDENT!!!! BILLIONS OF DOLARS STEAL AND WASTED!!!!!! SAD!! SAD!! SAD!!!!
GB 2021-05-29 04:57:46
Unfortunately, most Armenians born during the Soviet era still desire to use their power and influence with corruption. They have lost the sense of Armenian pride.
mihran robert mahmouzian 2021-05-03 19:51:08
they are born crook .period
Vaartan 2021-04-19 17:59:48
I’m surprised that people still circumvent the rules in most countries. Here in the United States even though we have accountability supposedly we have Lots of corruption maybe were not as high on the corruption index is Russia or Turkey but we have corruption. we blame Turkey’s repeated wanton behavior on them not being punished or held accountable for the genocide; well the same is true for people breaking the rules until we set examples of some powerful people being punished they will continue to break the rules.