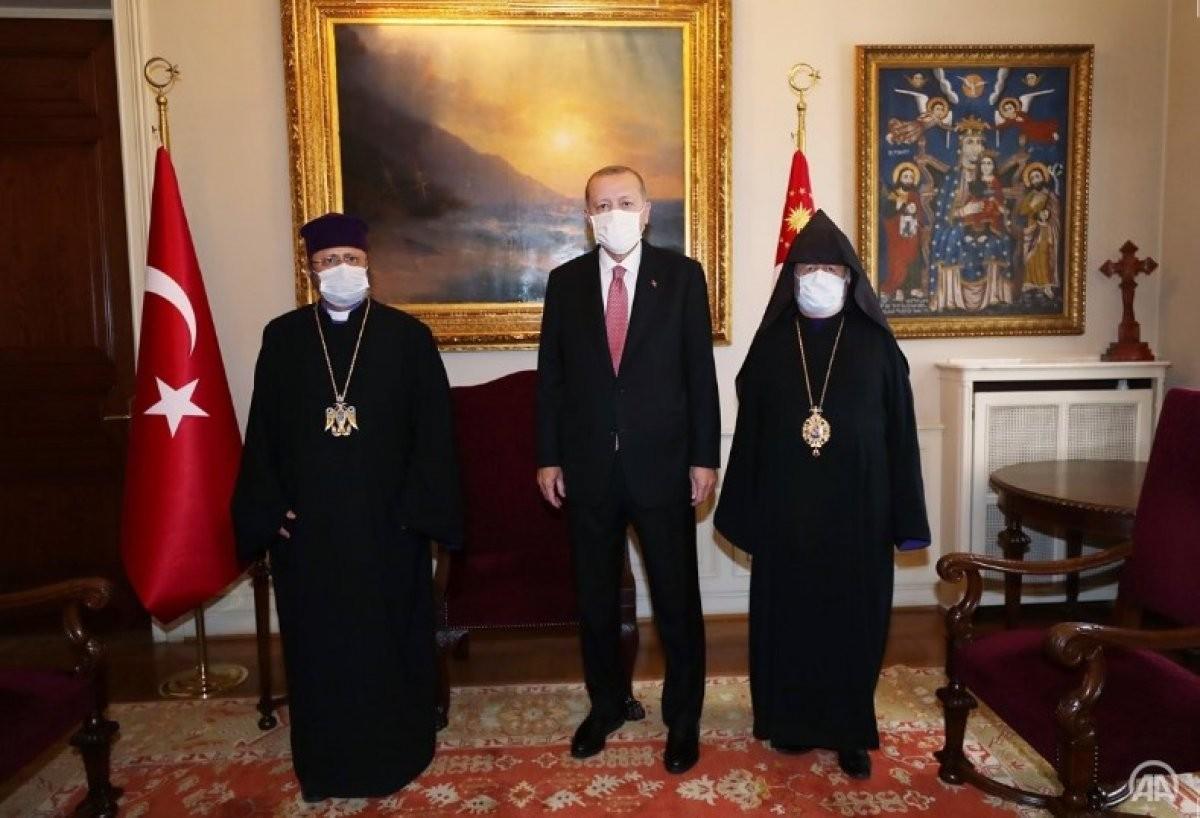 Erdoğan to Constantinople Armenian Patriarch: "Our peoples have lived in peace in these lands for centuries"

On April 24, Turkish President Recep Tayyip Erdoğan sent the following message to the Armenian Patriarch of Constantinople Archbishop Sahak Mashalyan, noting that he respects the memory of the Armenians who died in the Ottoman Empire. The message, in Turkish, was published by the Office of the President of Turkey.

“Our peoples have lived in peace in these lands for centuries. We must remember the culture of coexistence of Turks and Armenians, which multiplied over hundreds of years, and is considered an example for all mankind.

“I respectfully commemorate the Armenians of the Ottoman state who died in the difficult conditions created during the First World War. I express my condolences to their grandchildren.”

Erdoğan also called for the development of relations with Armenia "on the basis of the principles of good neighborliness and mutual respect."

"After the settlement of the Karabakh crisis, we have loudly stated our readiness to develop relations with Armenia. I repeat that call today," Erdoğan wrote.