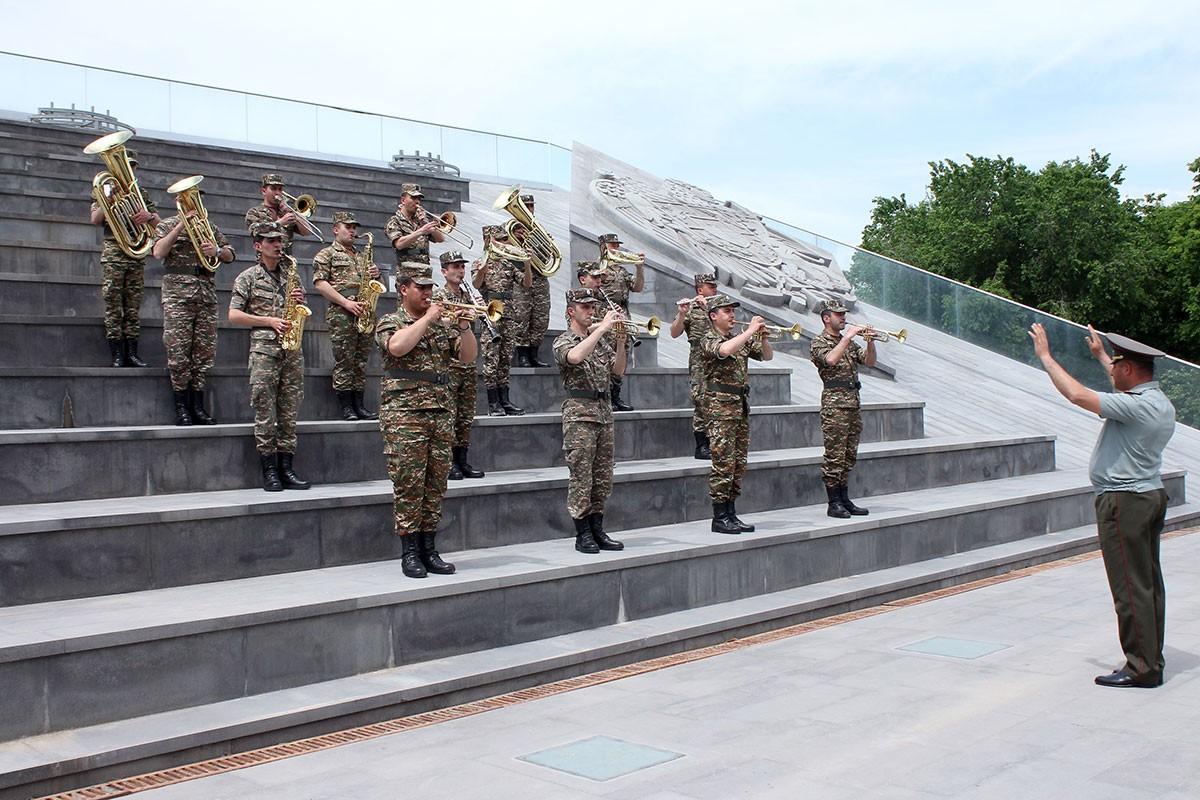 On October 10, 2020, an Azerbaijani military unit burnt the houses of Armenians in Hadrut, a town in southern Artsakh.

19-year-old Arman Adamyan remembers the evening he left Hadrut as the flames lit up the town. He left his clarinet behind. He went to music school with it, played at concerts.

A clarinetist, Arman Adamyan was drafted into the army in the summer of 2020. He served in the Hadrut military unit. He was one of the musicians of the ten-member military band.

The dawn wake-up call on September 27 was later than usual, given it was Sunday. The soldiers were about to go to the canteen when they heard an explosion. Arman first thought it was a test alarm. The squad went down to the cellar. The explosions increased. When they learned that a war had broken out, everyone quickly went to work, taking up arms and moving to their positions. They initially thought the fighting would last a week at most. When the second week passed, they realized they were wrong. 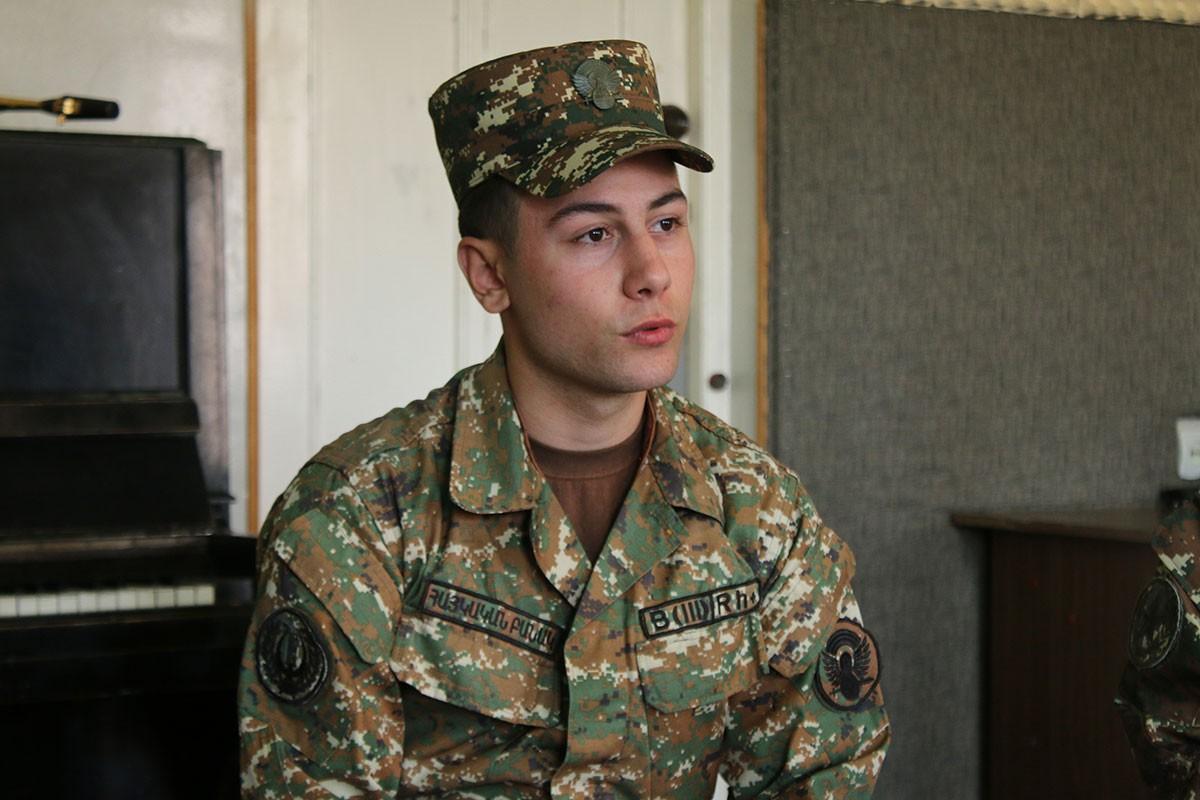 To raise the moral of the soldiers, the Hadrut military unit’s band played marching anthems during the explosions. Arman does not talk about the war at any length. He only says that when they left Hadrut on October 10, they thought that Armenian special forces would clear the city, allowing them to return.

Arman now plays in the band of the General Staff of the Armenian Ministry of Defense. In the post’s cavernous rehearsal hall, Artyom Varosyan, from Gyumri, puts an oboe in his bag. The band returned from Abovyan an hour ago, where they attended two funerals, for a conscript soldier and a volunteer. 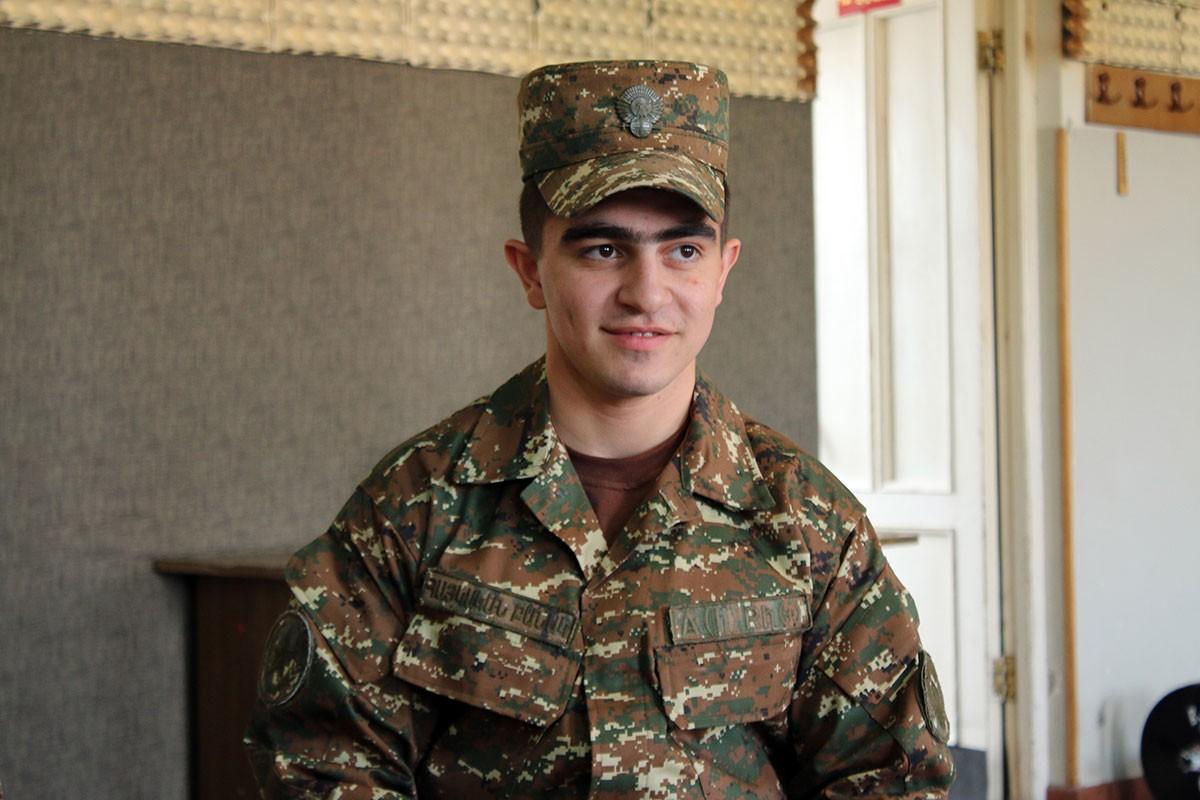 The band has played at military funerals ever since the war broke out last September.

During the war, and immediately after, the young band members played at Yerevan’s Yerablur Military Pantheon and other cemeteries daily. They play less these days.

Drummer Arman Begyan, from Nor Hatchn, says he was supposed to play at the funeral of one of his friends. He had to bow out at the last minute. He wanted to attend the funeral as a regular mourner. Arman asked the garrison’s drummer to replace him.

Playing at the last farewell of their peers doesn’t come easy for the band. They must swallow their emotions and pain, focusing on the music.

“By playing correctly, we pay our respects to the person being buried. Given their emotional state, those attending the funeral might not hear us, but it doesn’t matter. We need to play properly, it is a sign of respect,” says saxophonist Davit Petrosyan. 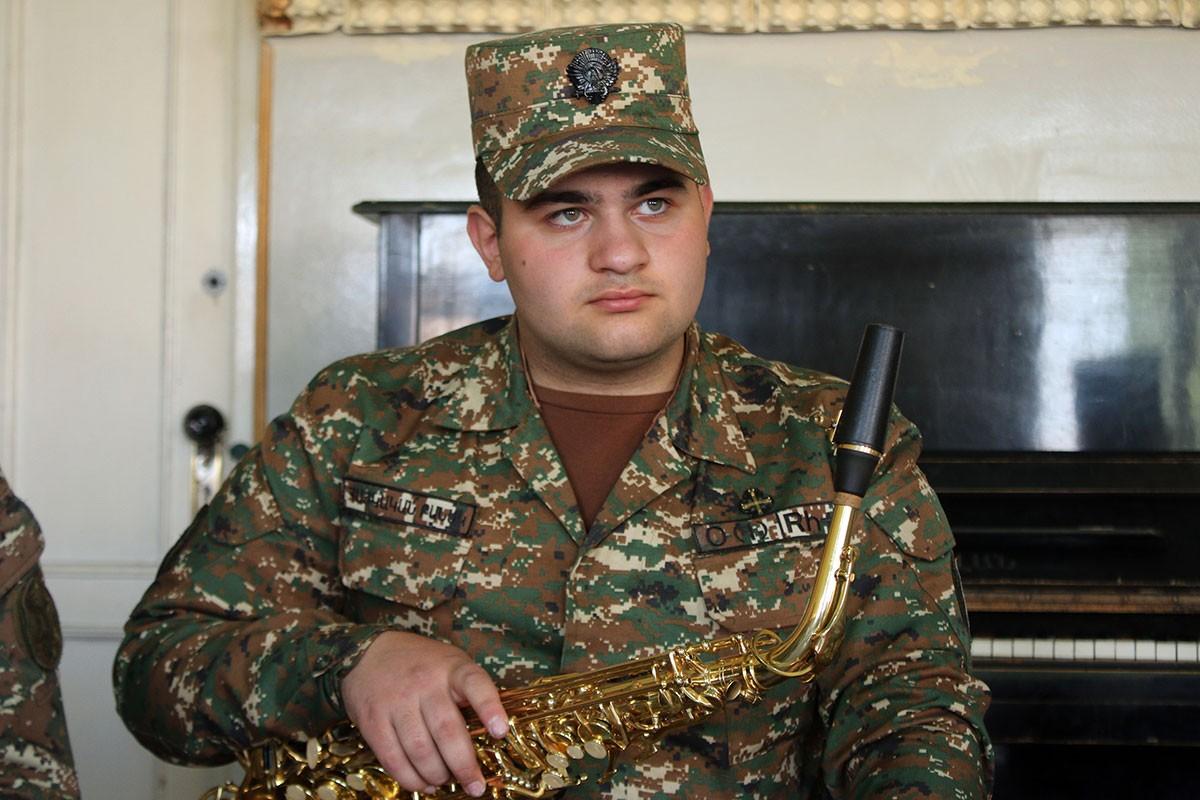 David was drafted in March of this year. He and clarinetist Emil Vardanyan, sitting next to him, are classmates at Yerevan’s Komitas State Conservatory. The new recruits have already played at four funerals.

"We stand at a distance, so the music isn’t overwhelming. We watch how the boys of the honor guard escort their peers. No matter how hard it is for us, no matter that we’ve only been serving for a month, we stick to the job," says David.

Band members say it is vital to remain alert and attentive to the conductor. They must play in unison. The drummer sets the opening beats, followed by the other instruments. 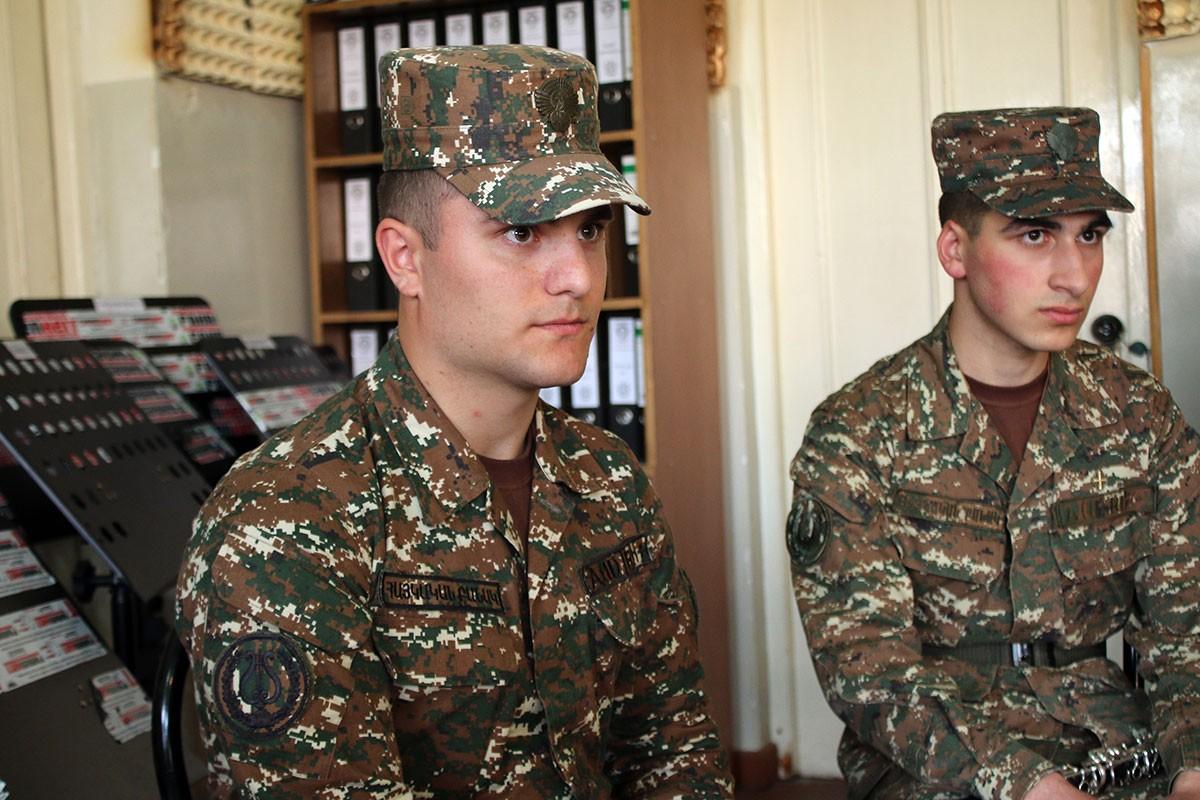 "It hits me when I see how emotional the parents are. You learn to deal with it over time,” says Arman Adamyan, noting that it’s still a challenge, especially when he hears the cries of relatives. 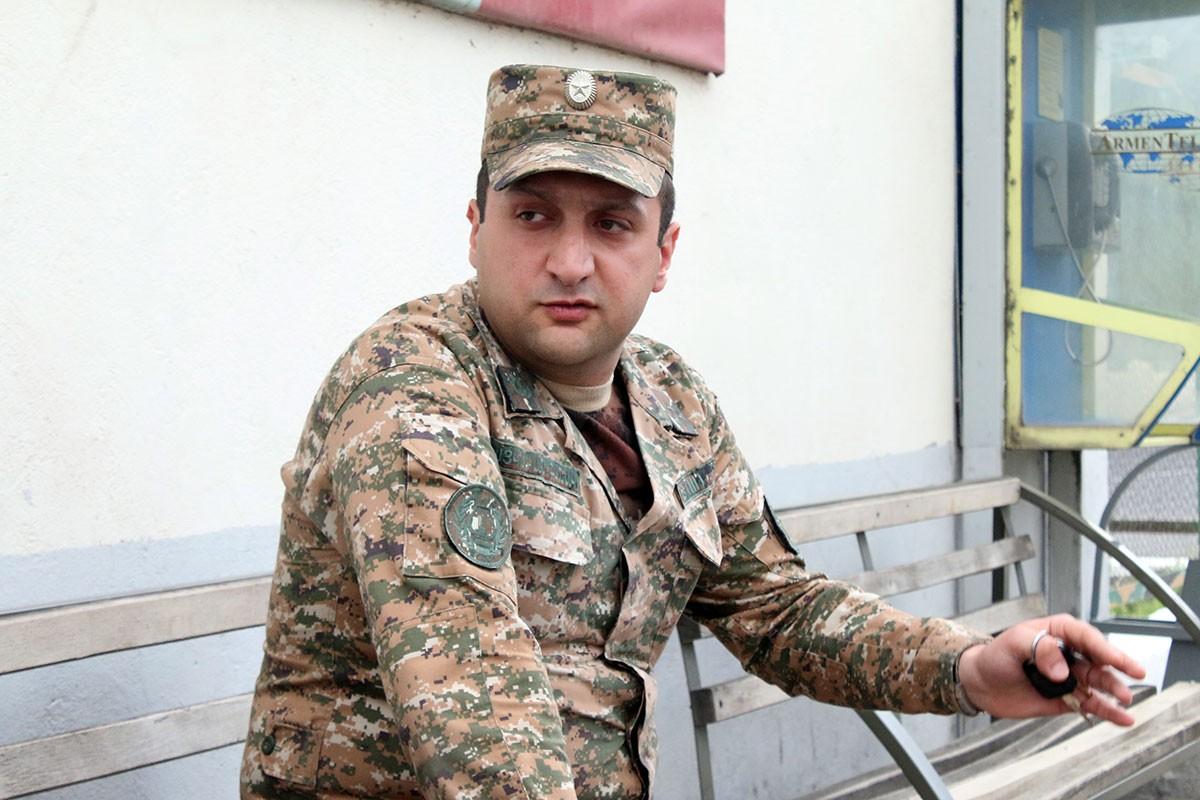 “The first days were awfully hard. Some of our musicians couldn’t handle it. But we’re a military unit, it’s our duty. These aren’t ordinary funerals, they’re our comrades-in-arms,” Papazyan confesses, adding that the pain lingers within them.

During the 44-day war, after the funerals, the band members helped the volunteer soldiers arriving at the military unit. Sometimes, they played as the volunteers left for the front. They never thought they’d have to play at some of their funerals.

Silence reigns in the rehearsal room.

We talk about their plans.  Davit, the saxophonist, says that two years of military service is a good opportunity to hone his musicianship. They play at funerals, but also find time during the day to train individually. They say they see their future in music.

I ask them if they’ve watched the 1960 Armenian film Nvagaxmbi Txanery (Boys of the Band), directed by Henrik Malyan.

They say they have.

"Yes, but let’s not talk about it," they say, glancing at one another and smiling.