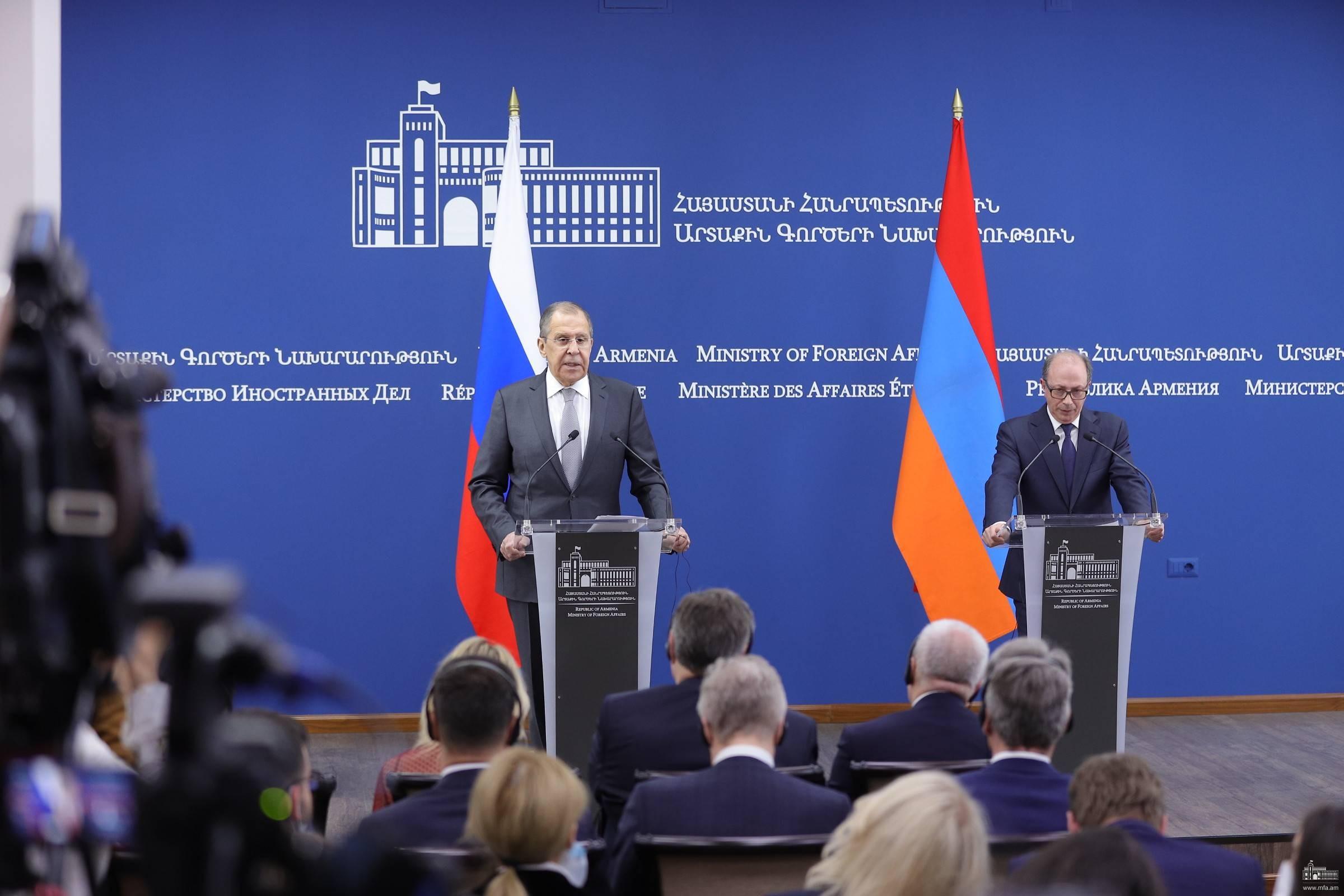 Russian Foreign Minister Sergey Lavrov, at a Yerevan press conference today, said that Moscow continues to work for the release of all Karabakh war detainees and to stabilize the region.

"We discussed in detail the current situation around Nagorno Karabakh. We noted the current progress to stabilize the situation. We’re making every effort to repatriate all detainees, demining and safeguarding cultural and religious sites. A trilateral working group headed by the Deputy Prime Ministers of Armenia, Russia and Azerbaijan plays an important role in stabilizing the region," Lavrov said after meeting with Armenian Foreign Minister Ara Ayvazyan (photo-right).

Lavrov said that plans are underway to ship up to one million Sputnik V coronavirus vaccine doses to Armenia. He said there’s a possibility to produce the vaccine in Armenia.

Lavrov arrived in Armenia on May 5 and is scheduled to visit Baku on May 10.