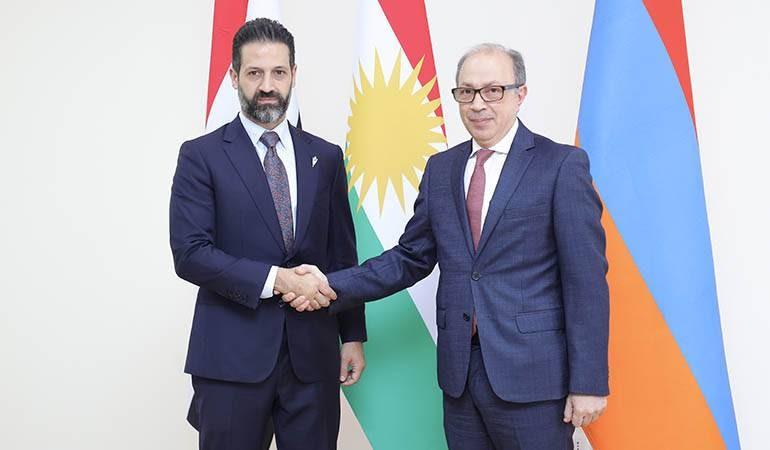 Both sides praised the contribution of the Armenian community of Iraqi Kurdistan in the political, social and cultural life of the autonomy, as well as in further strengthening the friendship between the two peoples, this according to a statement released by Ayvazyan’s office.

Urgent regional and international issues were also discussed during the meeting.

Special emphasis was placed on the protection of the rights of national-religious minorities and their historical and cultural heritage in the Middle East.

Armenia officially opened a consulate in Erbil, the KRG’s capital, in February 2021.