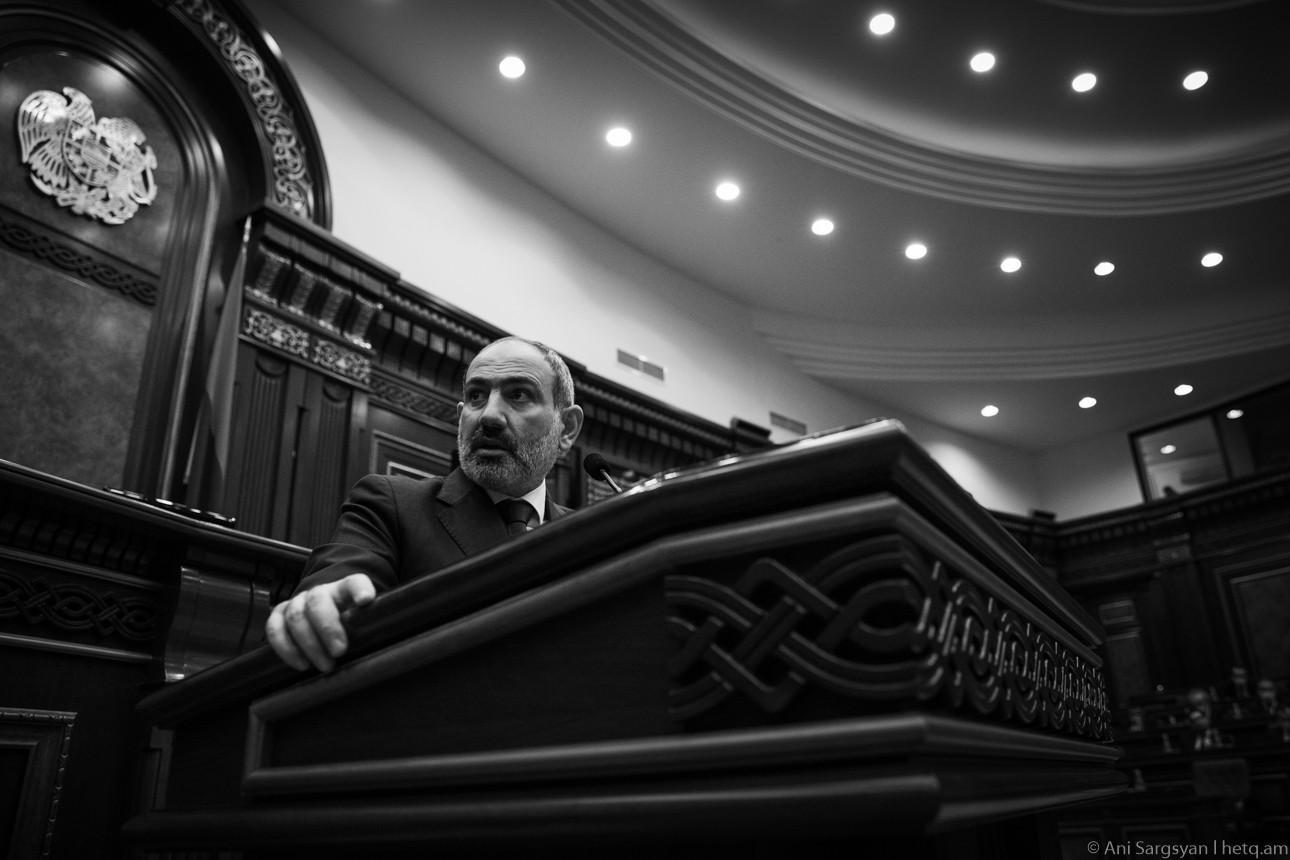 Acting Armenian PM Nikol Pashinyan, at a special session of the parliament today, reiterated his claim that Azerbaijan seeks to provoke a military conflict along the Syunik section of the Armenia-Azerbaijan border and thus move its troops deeper into Armenia.

Pashinyan said he would sign off on the creation of a joint Russian-Azerbaijani-Armenian commission to demarcate the border, but only after all Azerbaijani troops leave Armenia territory.

News of the Russian-brokered agreement to form the commission was leaked the other day by Armenia's former ambassador to the Mikayel Minasyan.

Pashinyan has said he will not disclose details of the agreement given its politically sensitive nature.