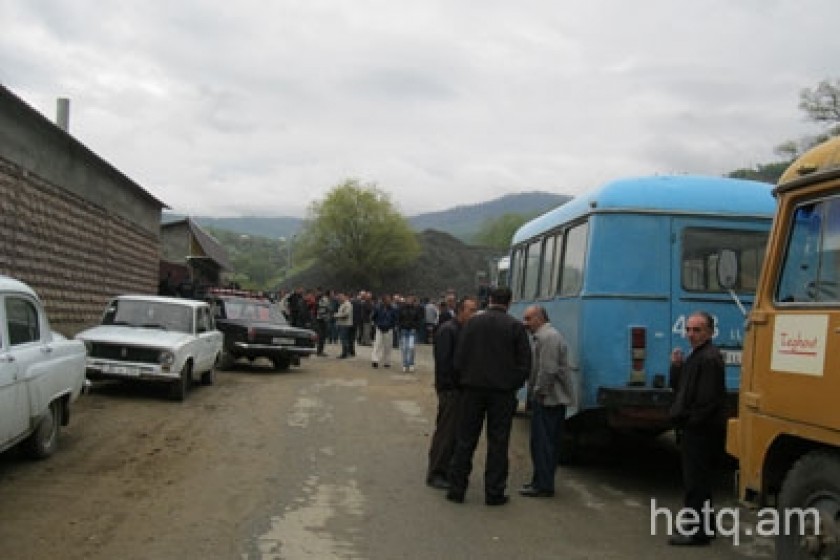 Teghout village residents have lifted their blockade of the main road going into town as reported earlier today in Hetq.

Residents blocked the road in force after an incident took place yesterday in which security staff of the Armenian Copper Programme’s subsidiary Teghout Ltd. had beat up several villagers.

Residents demanded that   Lori Regional Governor Artur Nalbandyan come to Teghout and hear their complaints. They wanted those responsible to be fired from their jobs.

Toumanyan Police Chief Artur Haroutyunyan told Hetq that those responsible had been detained for questioning and that charges would be filed.