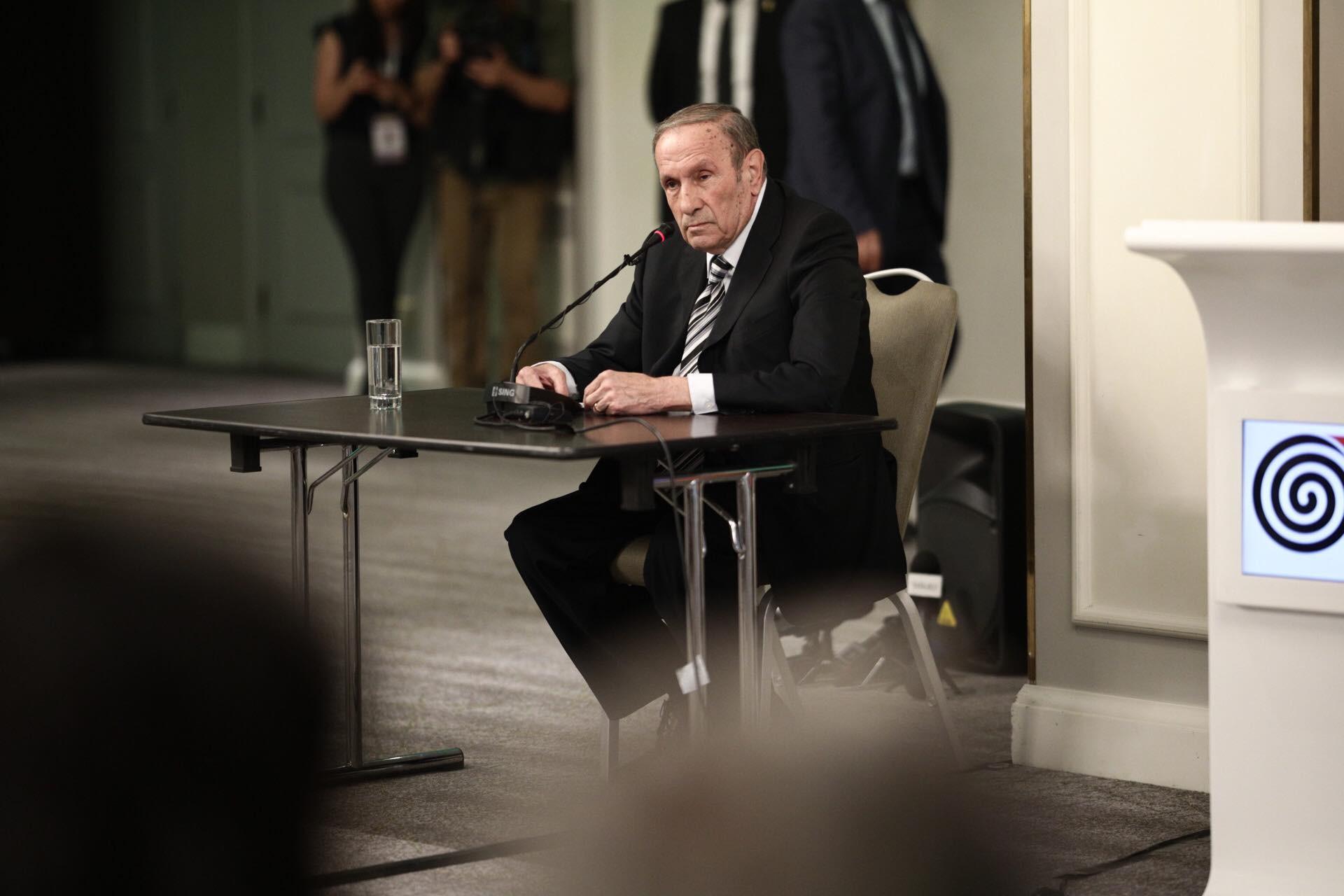 Ex-Armenian President Levon Ter-Petrosyan today said he rejected an invitation to debate Nikol Pashinyan out of a sense of pity for the current prime minister.

“I rejected Pashinyan out of pity. I feel sorry for him because that debate could have been a suicide for Nikol. He said this, not me,” Ter-Petrosyan said while presenting the campaign program of the Armenian National Congress (ANC).

Ter-Petrosyan heads the ANC slate in the June 20 parliamentary election.

"Kocharyan gave a great answer in his style, make-up. He said, 'I invite Pashinyan not to a debate, but to a fight, with any weapon desired, that is, from a sling to an atomic bomb’.” Ter-Petrosyan remarked.