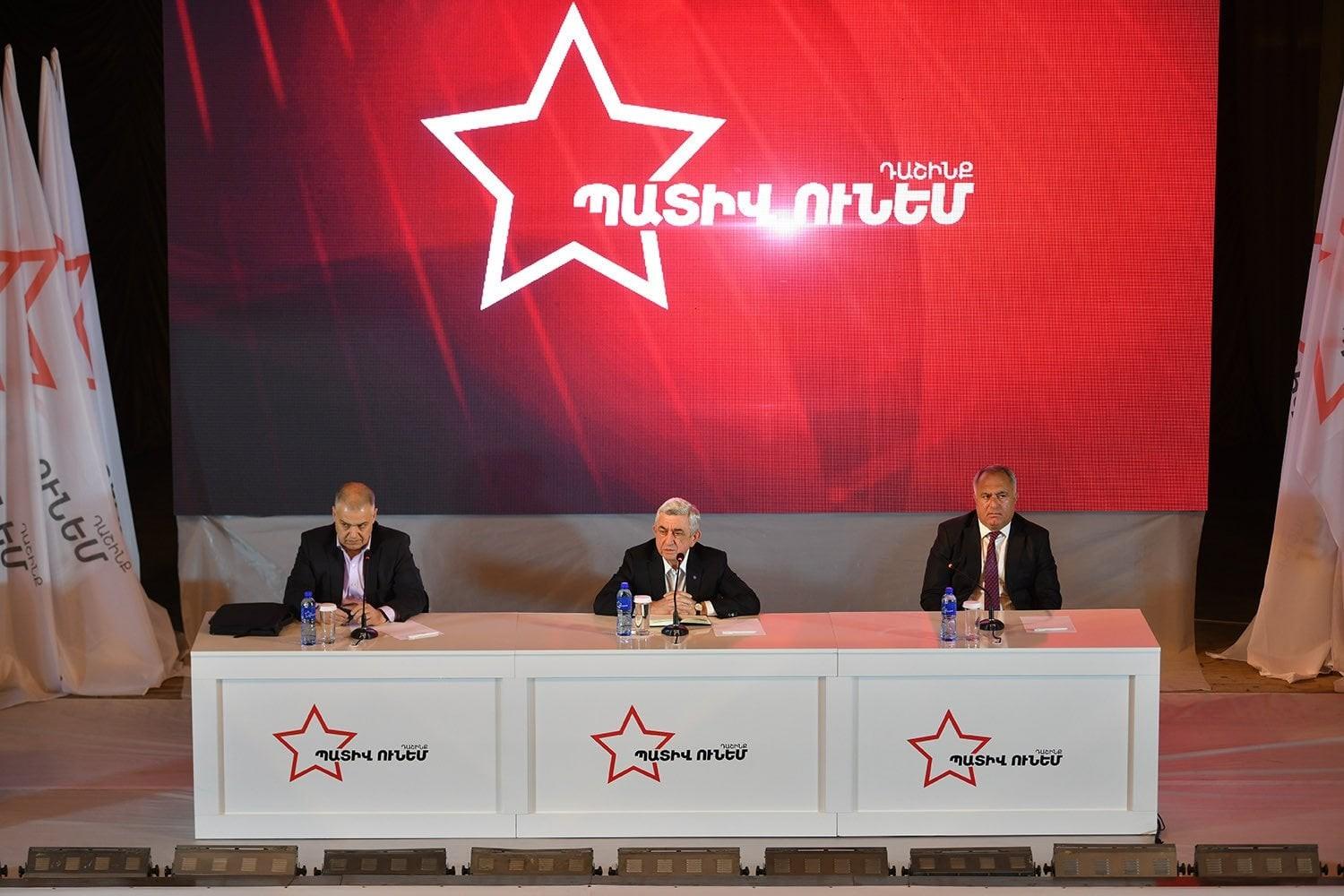 Former Armenian President Serzh Sargsyan, who is campaigning for the I Have Honor bloc, accused Acting PM Nikol Pashinyan of lying about military purchases made before last year’s war.

"They did not bring anything. I do not deny that during the war, maybe they gave something. But what? First, they destroyed our program, and with the money we left, they went and bought four planes, without ammunition, just to be photographed next to the plane," said Sargsyan.

Sargsyan, who is not a candidate in the June 20 snap parliamentary election, challenged Pashinyan to provide documentation about his alleged military procurements.

“How many bullets did they buy? Let them say. They talk rubbish. They’ve plundered for three years,” Sargsyan said, referring to Pashinyan’s government.