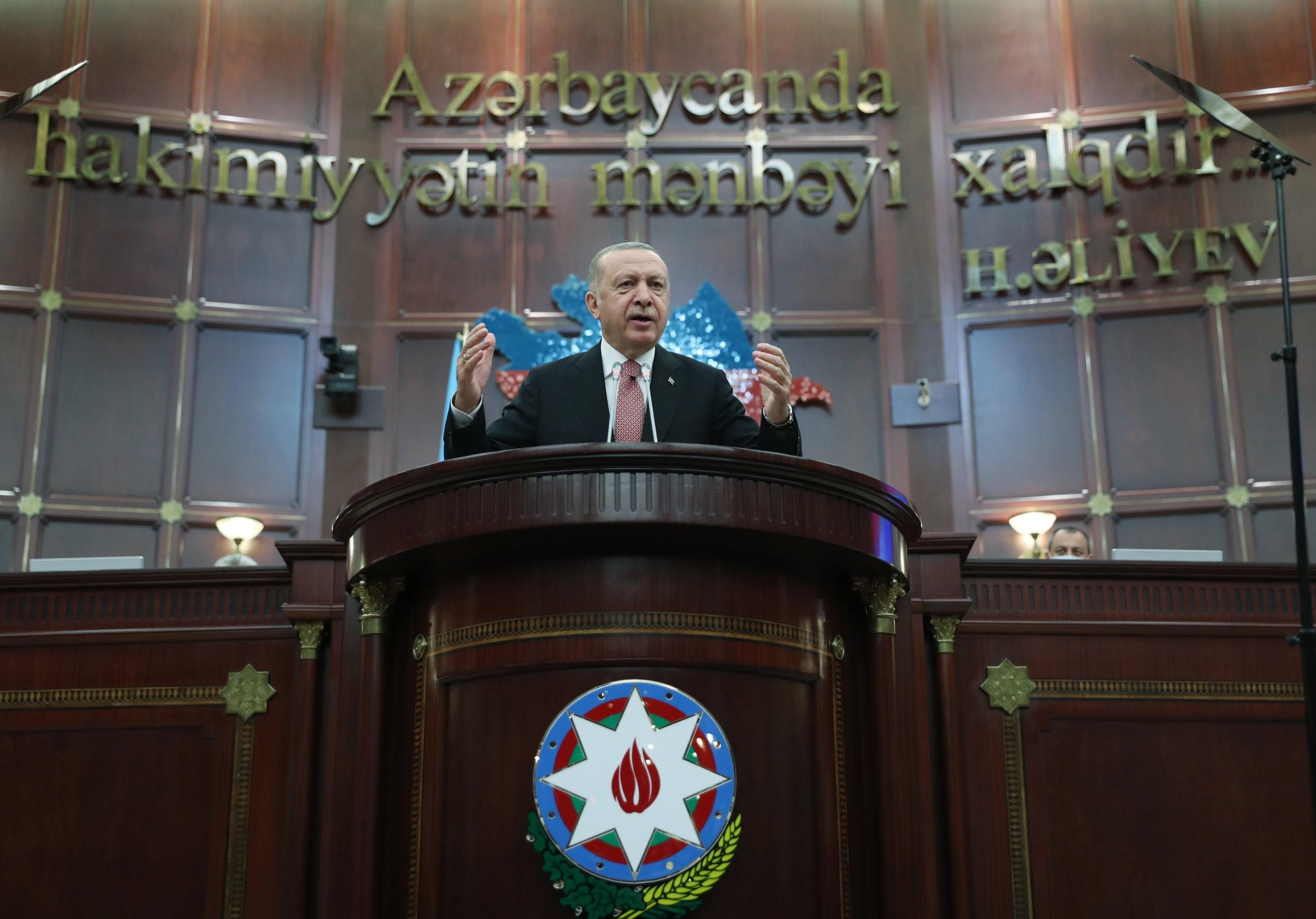 Turkish President Recep Tayyip Erdoğan has stated that he sees no intention on the part of Russia to obstruct the creation of a Zangezur corridor linking Nakhijevan with the rest of Azerbaijan.

"We think that the Zangezur corridor project is very important. We support it. I do not think that Russia can have any disagreements in this regard or intend to delay its implementation. On the contrary, Russia is very ready for the corridor," Turkish NTV quoted Erdoğan as saying.

Baku says that regardless of the will of Armenia, it intends to get the corridor created, even by military means.

Armenia’s Ministry of Foreign Affairs criticized Baku's statement, noting that it could pose a serious threat to regional peace and stability.

Ovsanna 2021-06-19 22:31:55
First of all, the Zangezur corridor has nothing to do with Russia and Turkey in the first place. It's about Armenia's rights and decisions. The idea mentioned by Baku that "regardless of the will of Armenia, it intends to get the corridor created, even by military means." is an obvious call for terrorism and violation of simple human rights. This proves one more time the aggressive and unjust behavior Azerbaijan and Turkey have toward Armenia.