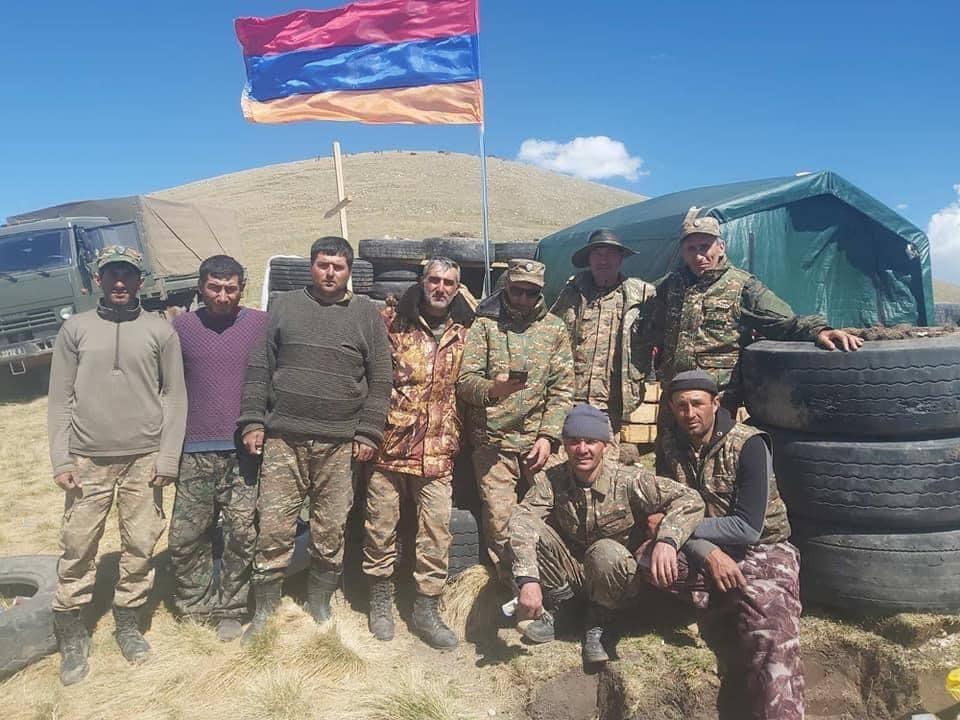 Mikayel Hakobyan is a 29-year-old entrepreneur from Armenia now living in France.

During the 2020 Artsakh War of 2020, he and his friends in Armenia launched an initiative, financed by their own funds and donations, to provide much needed supplies for the war effort.

They began by delivering medicine to Artsakh from France. Then, at the request of Commandos, Arkady Ter-Tadevosyan, Hakobyan and French-Armenian Gor Haroyan sent about 18,000 survival blankets to Armenia. These contained a reflective covering that would protect Armenian soldiers from drone surveillance. He says that the blankets, unfortunately, arrived at the end of the war.

One month after the war ended, the team went to work again. This time, it was to supply provisions to the soldiers guarding the new border with Azerbaijan.

Hakobyan says he saw a video on the Internet where soldiers guarding Syunik border positions were burning tires to keep warm. In another photo, they were sleeping under makeshift plastic lean-tos. 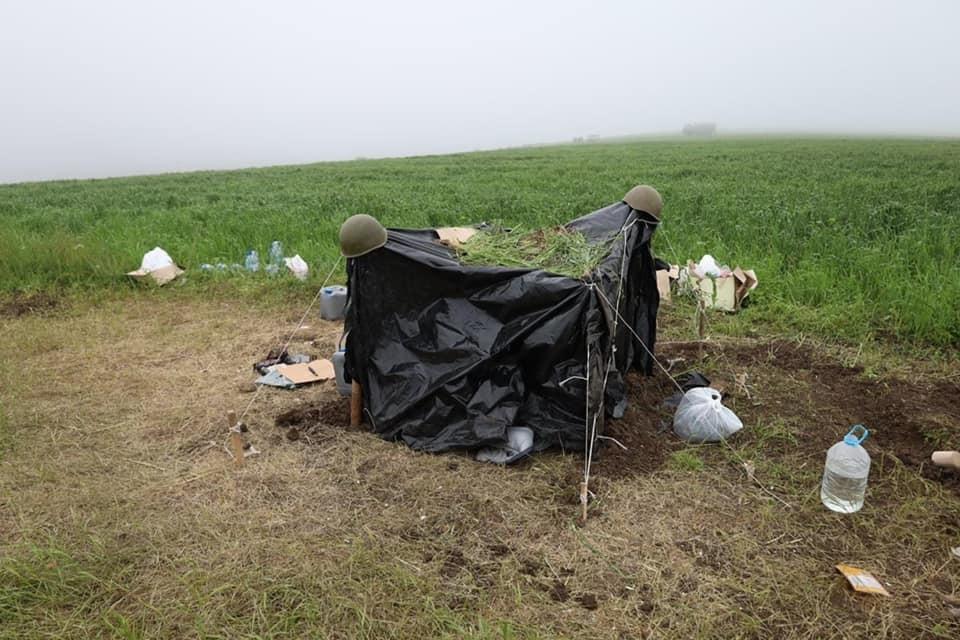 He immediately contacted Astghineh Pasoyan and launched the Facebook "Tents for the Armenian Heroes" campaign to deliver army tents to Armenia.

The first batch was delivered in December 2020. In Yerevan, Mikael was assisted by friends. The tents weighed 86 kg each. At the same time, given the demand, similar tents began to be produced in Armenia. Hakobyan sent 380 military tents from France, 100 of which were sewn in Armenia. 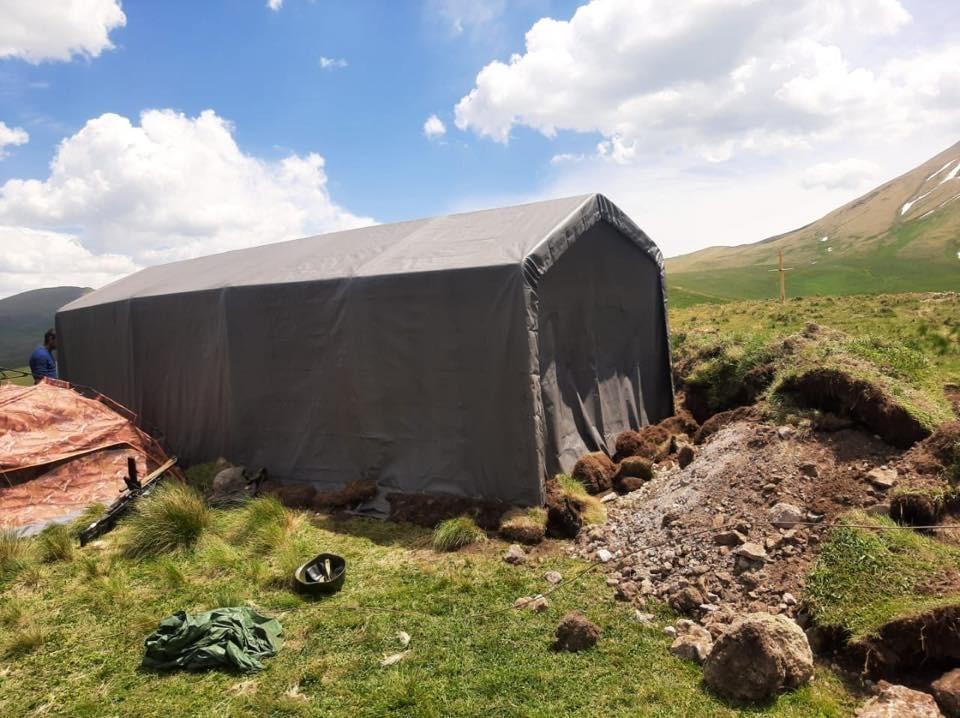 Hakobyan worries that the soldiers face a rough winter given the light sleeping bags and camping tents they now have.  Installing a stove in such tents is impossible.

What he sent is made of 2,000 knotted wax cloth, which is hard to find in Armenia. In total, Mikael and members of the Tents for Heroes initiative donated 50 million drams (about $100,000) worth of goods to the army, which he says was fully documented and registered with the Armenian Ministry of Defense to rule out double purchases and corruption risks. 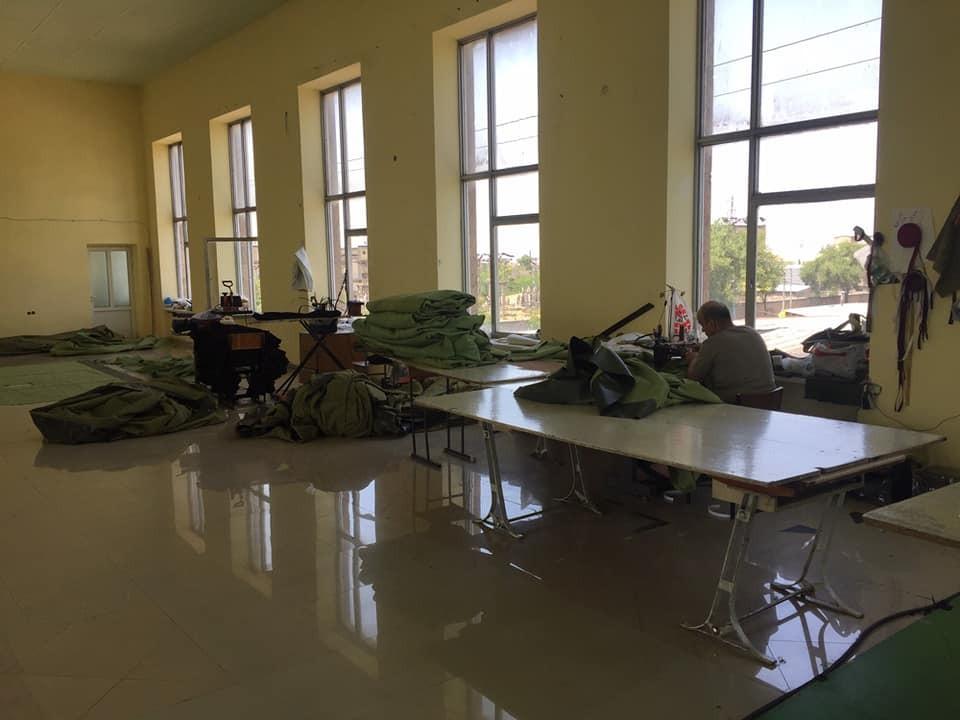 Army tents being sewn in Armenia

Suren Stepanyan, a journalist living in Yerevan, undertook the task of delivering generators, flashlights, radio equipment and sleeping bags to the servicemen guarding the new border with Azerbaijan in Syunik and Gegharkunik.

Stepanyan says he got to work after receiving a request from a friend in Vardenis to send a small generator.

"I called my friend in Canada. He sent me $1,000 an hour later. We bought two generators and 10 tents. Realizing the need was great, I posted an appeal on Facebook and about $5,000 was raised," says Stepanyan. "We went to Goris. The place was in a neglected state. We saw soldiers were sleeping under plastic sheeting. When they say there is are no drones, fine, you understand they cost billions.  But what about sleeping bags? Generators cost $300. We photographed this so that people could see where their soldiers were sleeping. I published it.” 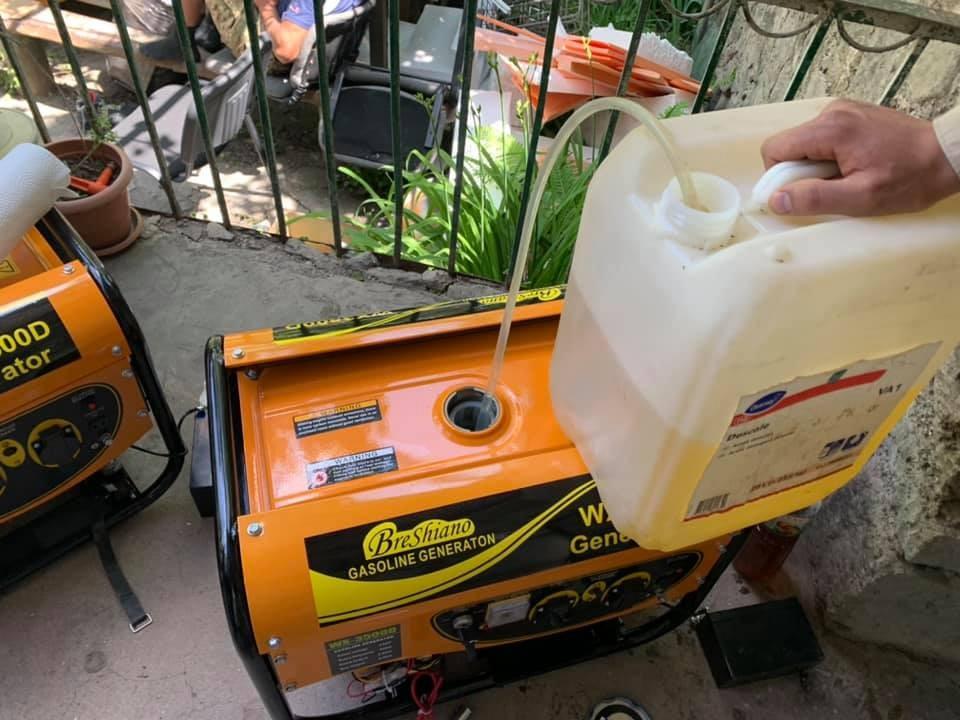 
Stepanyan says military police colonels left Yerevan for Goris following the video he had published. Ten days later, posts in that section of Armenian border   had been supplied with everything. (He visited 7 positions).

"I did not imagine that a video would have such a response,” says Stepanyan, adding that the top military brass organized an “official visit” to the area for reporters. Stepanyan says officers warned of the “security risks” such photos pose. 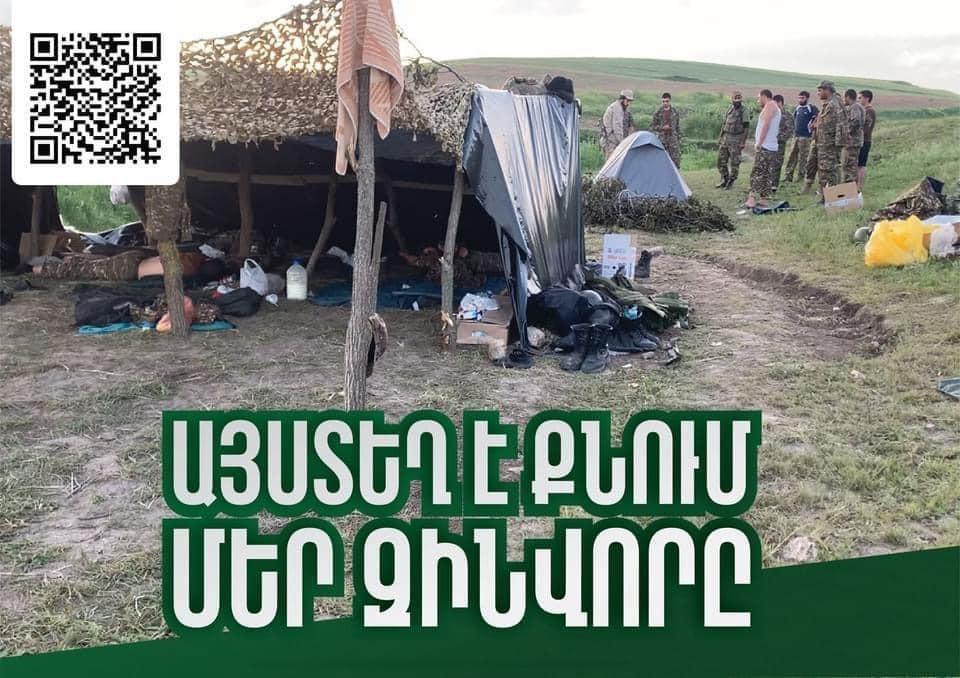 Hakobyan says that he considers such a ban to be correct since the Azerbaijani military can also view such images but hastens to add that the government was lax in reinforcing the new border.

He finds the argument of Armenian Security Council Secretary Armen Grigoryan (given in an interview to 1News - author), that winter weather conditions prevented the government to do engineering work and supply border posts, to be sketchy.

Hakobyan is going to send the last batch of supplies soon - a total of 420 military tents. Afterwards, they’ll temporarily suspend their work.

"We cannot do this forever. If our border has been extended by 400 km, then we can say that we have met 90% of the demand for the necessary military tents, counting one tent per kilometer. The rest is the job of the Ministry of Defense,” Hakobyan says.

Stepanyan is also unable to reach the border positions after the FB posts about the Goris situation appeared.

"After that, we bought four small generators for the Vardenis-Shorzha positions. When we took them, the commander of the military unit did not allow us to advance and hand them over. I wondered why. The commander said that people were taking photos and posting them on the internet. That he was getting flak for it. That the Turks saw the photos and were happy. I had no answer.”

Stepanyan says the commander asked him to take the goods to the warehouse, promising to give him a receipt. He refused, fearing that the goods wouldn’t get to the border posts. 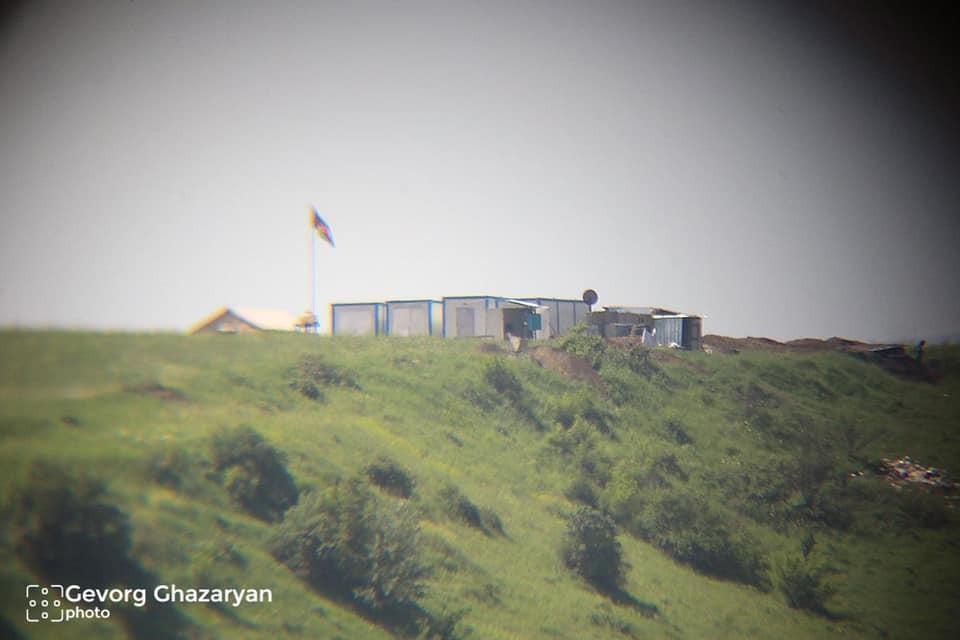 Stepanyan says that Armenian soldiers are stationed at the border without the proper supplies and asks what’s worse, ill-supplied soldiers or revealing the truth?

He says that despite the obstacles, he will find a way to deliver the items to the border guards. 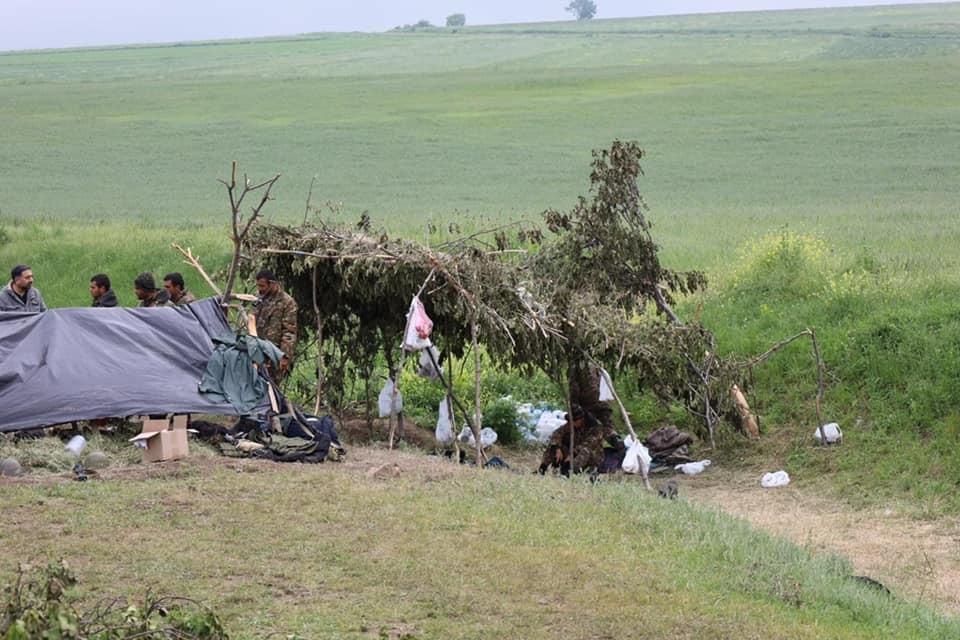 "I do not want to get involved in politics. I try to provide what is lacking. But no matter what I do, I cannot provide for the whole army. My goal is to get the Ministry of Defense and the General Staff to move. For information about the soldiers’ needs to reach the relevant Ministry of Defense official, followed by the purchases, etc., it takes months. Even if it is not done intentionally, it’s still criminal inaction. And there are many incompetent people in those circles. The Turk sees the condition of our positions 50 meters away, but the Armenian officer still says do not take pictures,” says Stepanyan.

Hetq sought clarification on the above issues outlined from the Ministry of Defense.

We asked whether the ministry had made a full assessment of the needs due to the change of the border and in what terms it plans to complete the installation and furnishing of new positions. We did not receive a clear answer. 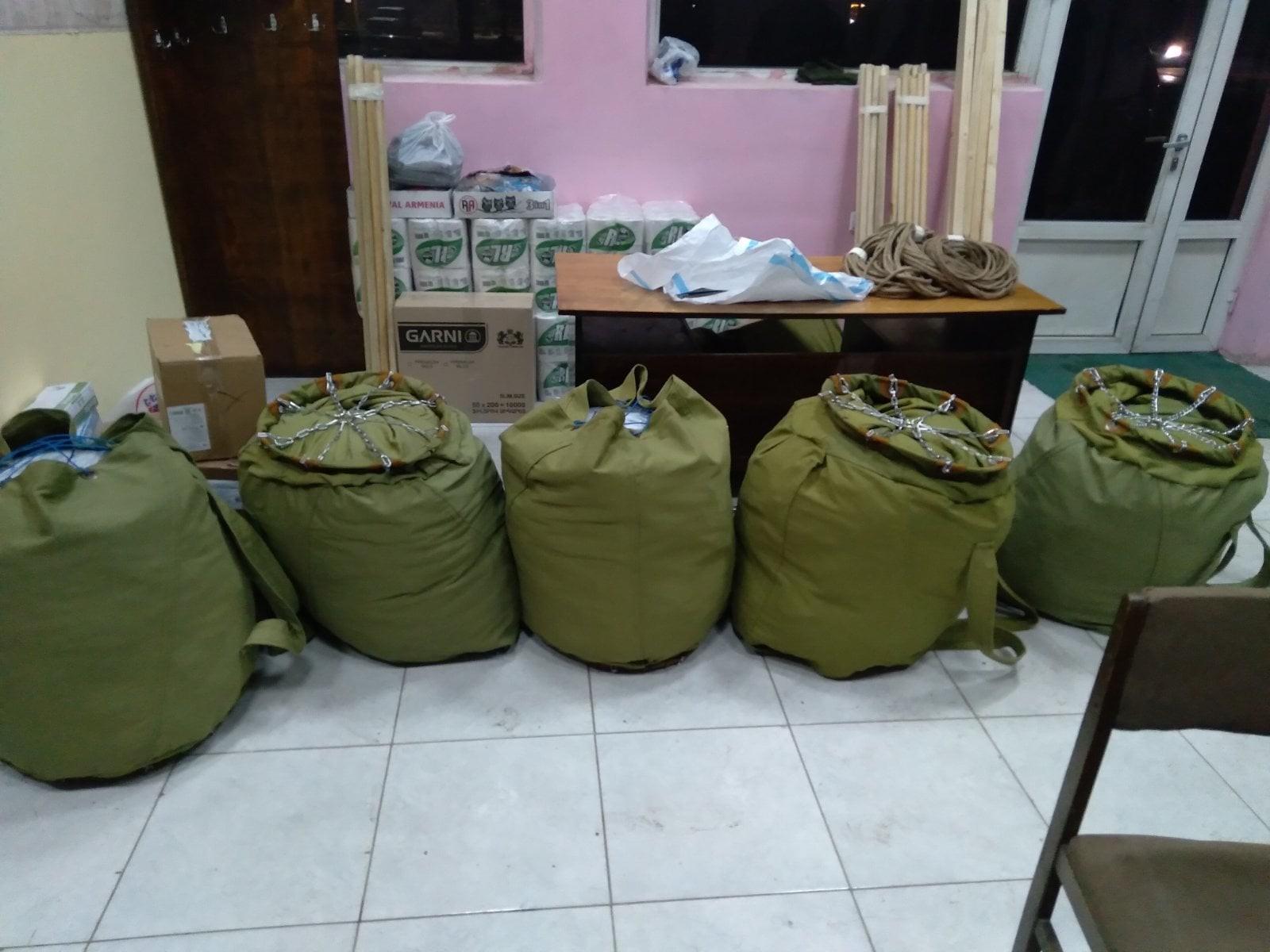 Army tents provided by “Tents for the Armenian Heroes” initiative

"As a result of the change in the line of contact (border) as a result of the war, there is a need to do a lot of work not only to manage new positions, but also to build new permanent locations, create living conditions and provide all necessary means," the ministry’s reply reads.

Azerbaijan has already put at least ten military bases into operation in the occupied territories.

Top photo: Armenian soldiers at the border. Photos from the Facebook pages of Mikael and Suren

edward 2021-06-29 23:13:37
when I think that diaspora-armenians gave 170 millions of dollars for helping displaced, refugees of Artsakh coming to AM, soldiers, needy families (orphans,widows...) : WHERE , WHERE is this money ?? In which deep pockets did it run ? And the new government pretends the coruption-times are over ?? Stepanyan has understood: he asked a receipt before giving more materials -- but didn't get it .. How much of these expensive goods the boarder guards REALLY got ??