These were the only paintings saved of the Hadrut Geological Museum’s 7,500 exhibits before being captured by Azerbaijani troops last year.

In November 2019, the museum sent these paintings to Moscow, to be included in an exhibition in the Chuvash Republic.

Baku raised a ruckus when it learnt that Artsakh was to participate. Exhibition organizers informed the museum that they could not ensure the safety of the paintings, so they were left and exhibited in Moscow.

The paintings were to be returned to the museum in January 2020, but the transfer was delayed due to a coronavirus. Thus, the paintings remained in Moscow and were saved.

Gayane Budaghyan, one of the co-founders of DizakArt, and head of the Hadrut Regional Service for the Protection of the Historical Environment, gives an overview of the creation of the paintings.

In 2017, the Department of Culture of the Hadrut Administration initiated the "Symbols of Dizak" international symposium, which was attended by artists from different countries. Artists from Russia, Ukraine, India, Georgia, the Baltic States and other countries took part in the symposium, working in different parts of Hadrut. The condition was that each of the painters had to leave four works to the Hadrut Museum.

(Dizak is the Armenian name of a medieval Armenian principality in historical Artsakh that roughly corresponds to the current Hadrut region.) 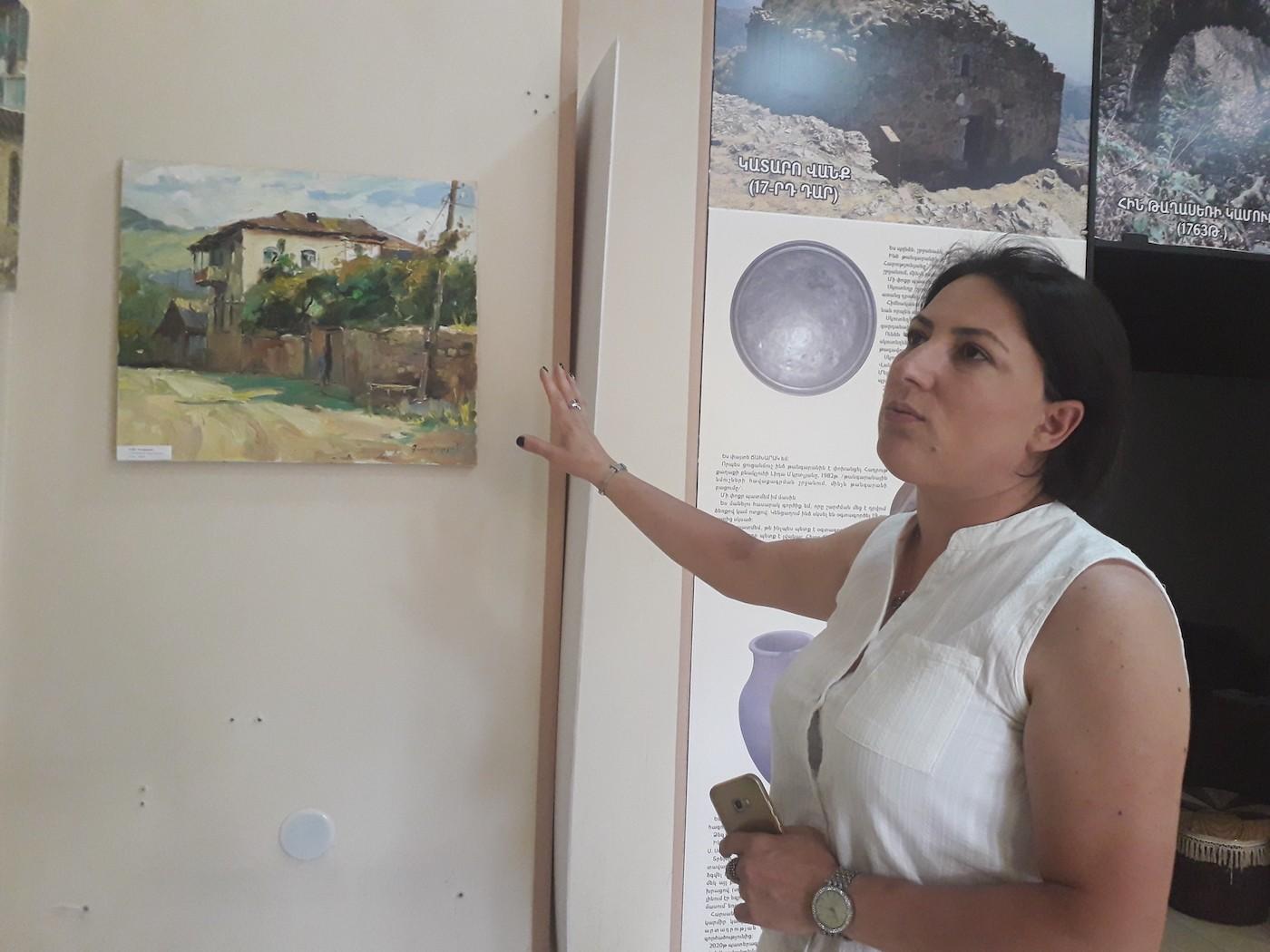 The symposium was held for three years, and the museum was enriched with 200 paintings.

The symposium, held in June, was postponed to September last year due to the coronavirus epidemic. Then the war broke out. Armenians in Hadrut were displaced early in October and the region was captured soon thereafter.

"More than 7500 exhibits remained in the Hadrut Geological Museum. Their photos even remained in the museum. The only factual evidence of the museum's collection is the work plan compiled by a museum guide, which has always been in her bag and has been preserved that way," says Budaghyan.

She gave another to DizakArt for publication in the Dizak newspaper published in Hadrut.

The newspaper's archive was also left back in Hadrut and thus this historical material is also lost. 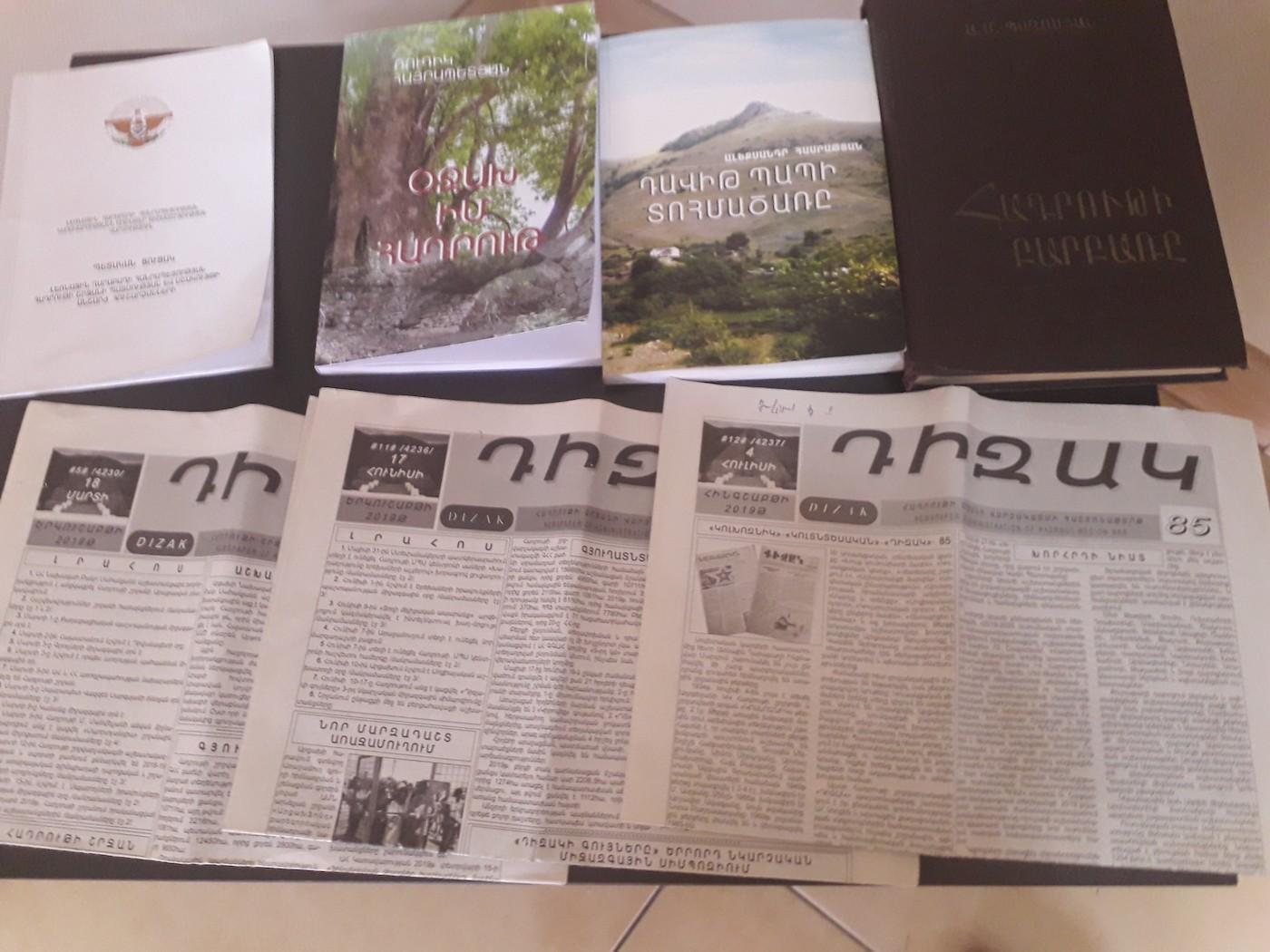 The Yerevan exhibition culminates with a fragment of a stone cross (khachkar) that was secreted out of Khtzaberd village and entrusted to a girl from Tumi, another Hadrut village.

"I asked her to give it for the show. We have decided to collect what is left of Hadrut in DizakArt so that the 13,500 residents evacuated from Hadrut retain a part of the homeland," says Budaghyan.

The highest, most sacred mountain in Artsakh is Dizapayt, at the top of which is the sanctuary of the people of Hadrut, Kataro Monastery. The name Dizak became more popular in the 17th century, when the Khamsa principalities were formed and the Dizak principality became the main center.

The Hadrut Geological Museum was in the town’s old quarter old. Budaghyan says Budaghyan says the museum grew under the tenure of historian Artur Mkrtchan (1986-91), who later served as the First Chairman of Supreme Council of the Nagorno-Karabakh Republic.

The museum had two branches. The house-museum of Soviet Air Force Marshal Armenak Khanperyants was in Metz Tagher. Here, in addition to the materials related to the marshal, the director had collected ethnographic and archeological materials. 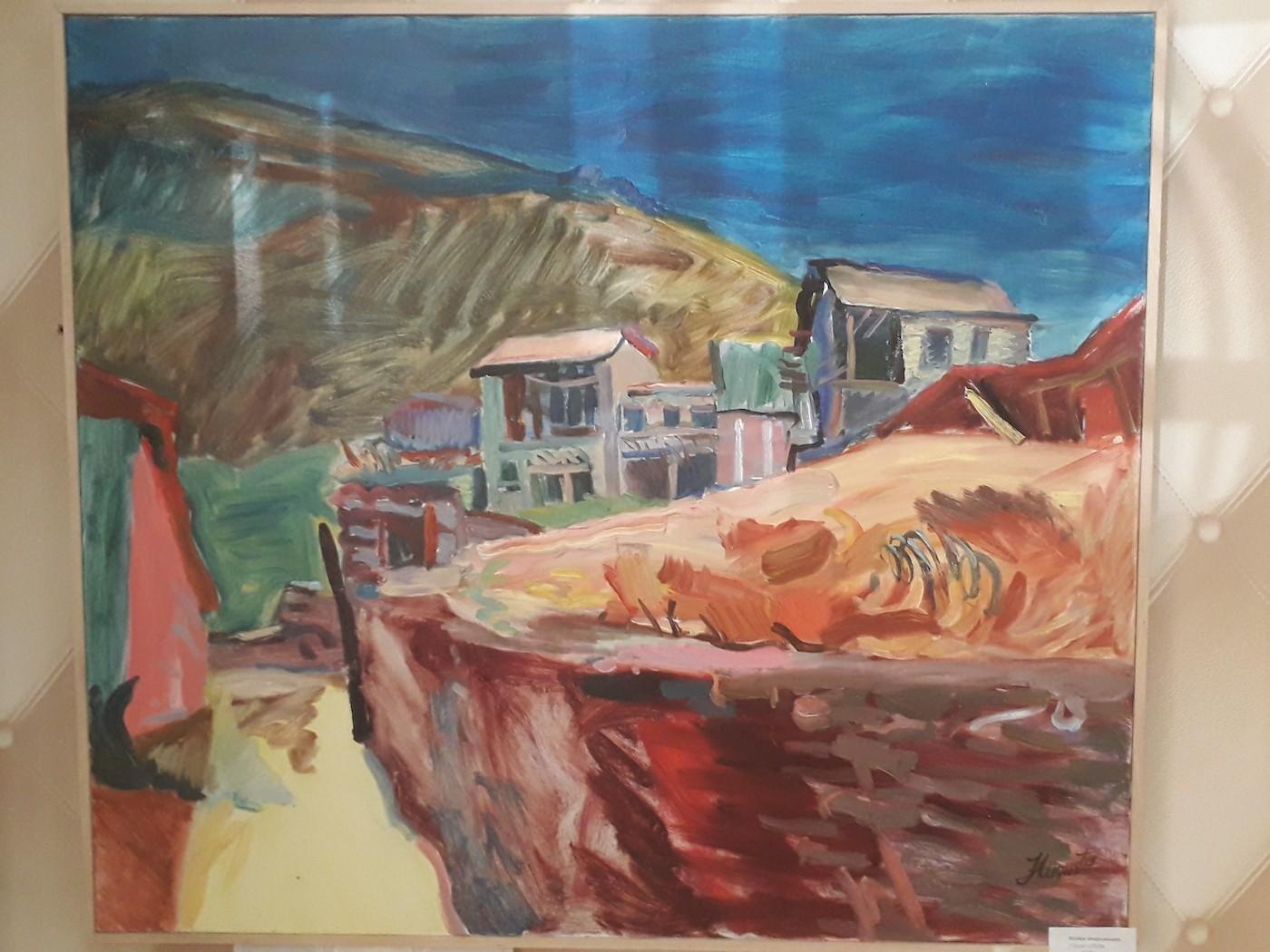 The house-museum of Tevan Stepanyan was founded in 2014 in the village of Tumi, Hadrut. He was one of the organizers of the anti-Turkish struggle in the Hadrut region in the 1920s and an ally of Dro and Nzhdeh.