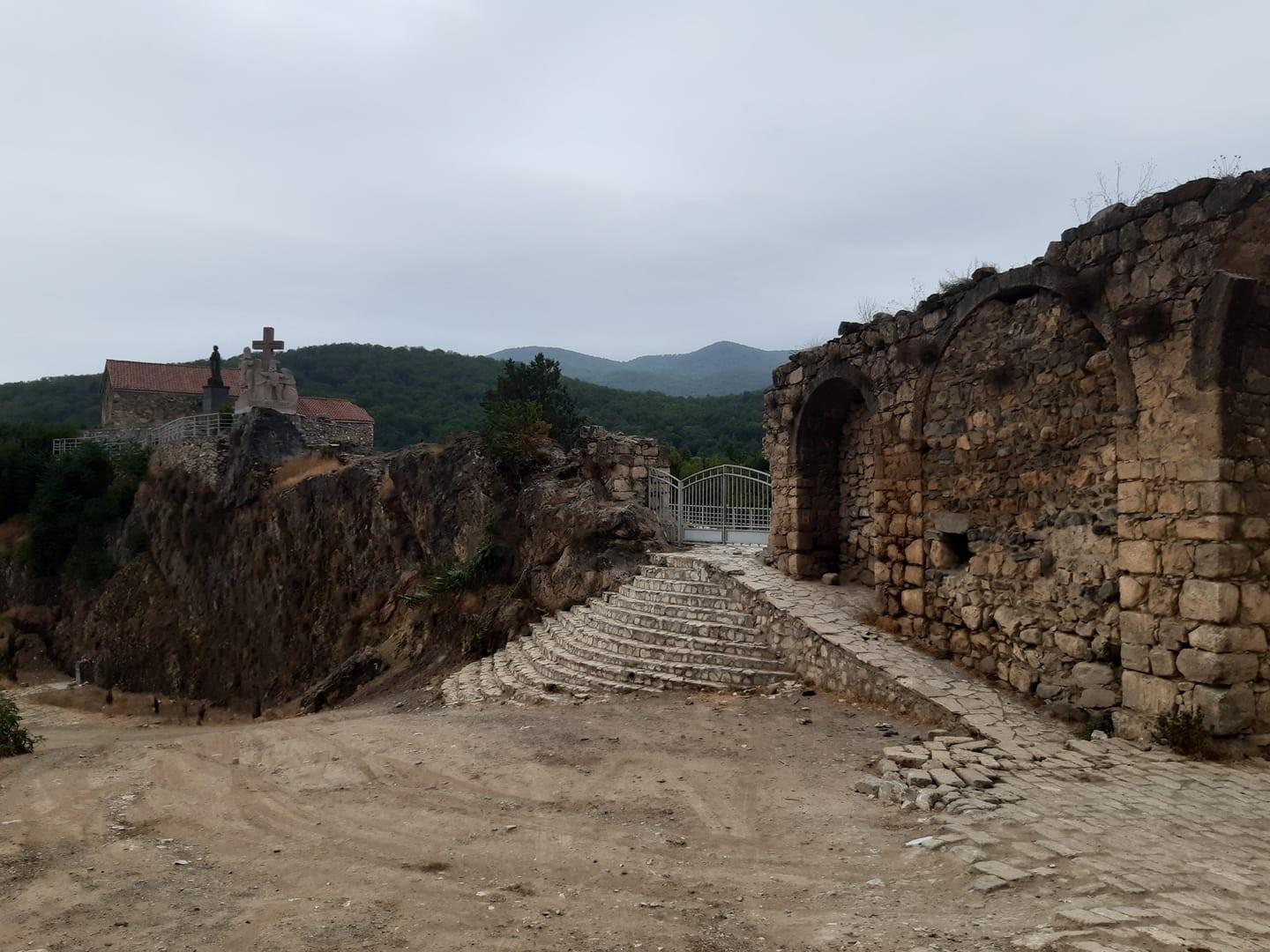 Hetq talked about the history and monuments of Avetaranots with Lernik Hovhannisyan, a senior lecturer at the Chair of History and Political Science of Artsakh State University.

Avetaranots is one of the oldest and most famous settlements in Artsakh and served as a stronghold of feudal Armenian meliks. Historical references date to as early as the 17th century.

Numerous monuments have been discovered around Avetaranots over the years. As of 2011, 53 monuments were registered by the Artsakh government. In 2019, monument expert Slava Sargsyan is said to have discovered another 83.

Hovhannisyan says the area is quite rich in historical and cultural monuments, some of which date to the second to the first millennium B.C.

The name Avetaranots derives from tale of Armenian King Vache II. It is said that he could no longer tolerate the religious persecution waged by Persian King Peroz and took a gospel book and retired to the area as a hermit. (The Armenian for gospel is “avetaran”).

One of the most important Avetaranots monuments is the Kusanats-Anapat Monastery, the current building of which was built in 1616.

There is a vestibule next to the church, which is thought to be the family tomb of the Melik Shahnazaryans. The monastery is linked to the virgins Gayaneh and Hripsimeh. It was during Gayaneh's time that Avetaranots became one of the centers of Armenian writing.

According to researchers, there were three royal palaces in Avetaranors: Melik Baghri, Melik Huseyn, Melik Shahnazar. Only ruins remain.

One of the important monuments in the village is the Surb Astvatzatzin Church, built in 1651. It’s an example of the 17th century Artsakh architectural school.

Hovhannisyan says it is similar to the St. Stepanos Churches in the Kashatagh village of Mirik and the Askeran village of Khantsk.

Given the cool air and climate of Avetaranots, as well as being close to the Kusanats Monastery, the village was a summer resort for the people of Shushi.

Avetaranots also played a major role in the national liberation movements of the early 1920s, especially during the Armenian-Tatar conflict, when resident Nikolay Shahnazaryan organized the defense of the Kirs summer houses. The first chairman of the Artsakh National Council Yeghishe Ishkhanyan spoke about this with great enthusiasm.

Village residents were engaged in agriculture and cattle breeding. They made wine from the vineyards in the Amaras valley and sold it in Shushi. Carpet weaving and silk weaving were developed. At that time there were many silk factories in Shushi province, where mainly women worked. According to Y. Lalayan, there were three small silk factories in the village at the end of the 19th century.

TONY MARTIN 2021-07-20 12:12:24
Yes there are many monuments at risk in the liberated territories but however much they are damaged, I would bet that the damage will be far less than Armenia caused to the Azerbaijan territory they illegally occupied for 30 years. Such hypocrites the Armenians, no wonder no one listens to their whining any more