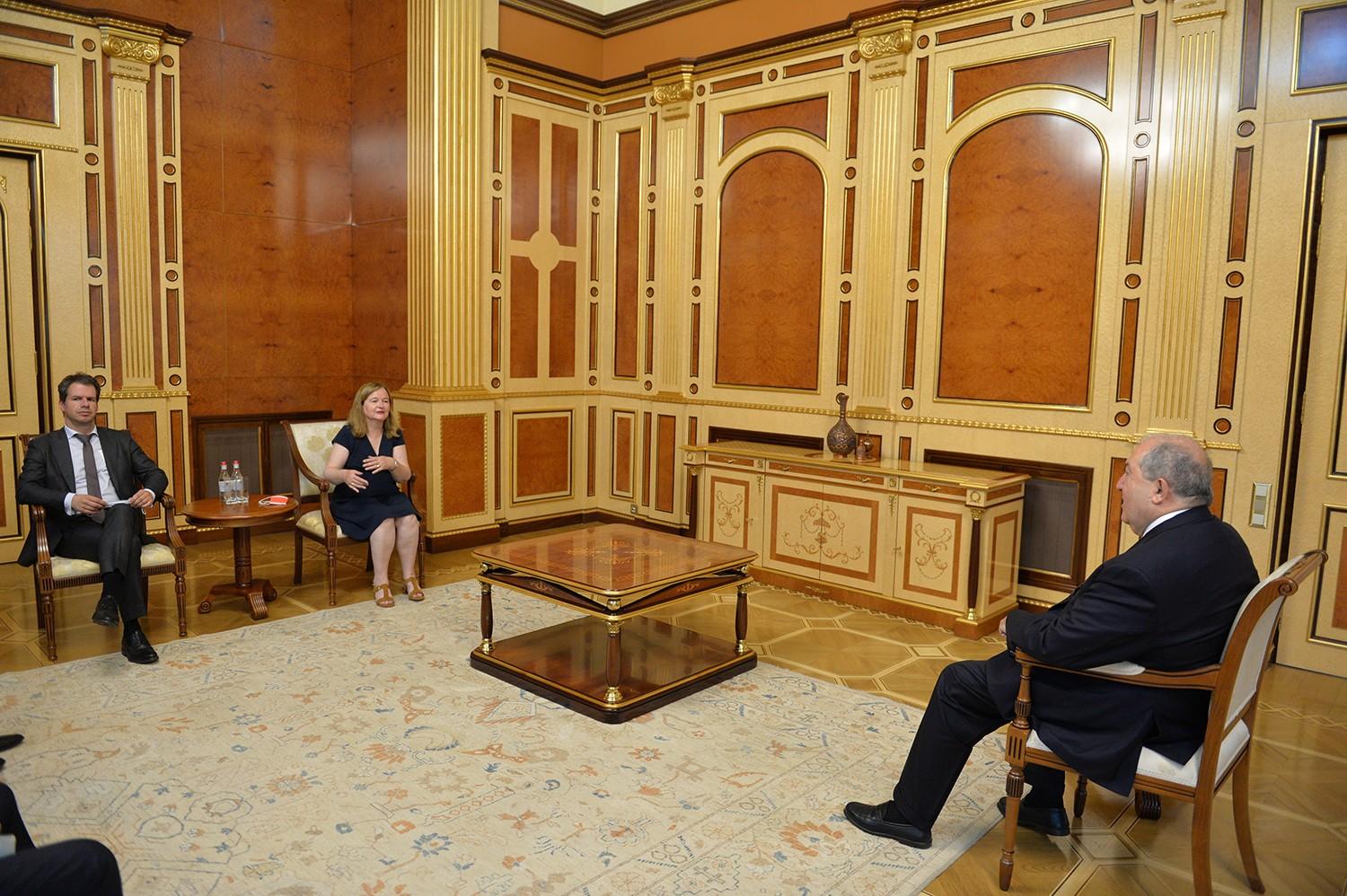 Armenian President Armen Sarkissian today hosted Nathalie Loiseau, Chairwoman of the Security and Defense Subcommittee of the EP Committee on Foreign Affairs, elected MP from France, and head of the Delegation of La République En Marche party in the European Parliament.

French Ambassador to Armenia Jonathan Lacotte was present at the meeting.

Nathalie Loiseau told President Sarkissian that she would like to get acquainted with the situation and problems to understand the possible directions of supporting Armenia and Artsakh by the European Union and France.

President Sarkissian thanked the European MP for her visit to Armenia, as well as for the constant attention to the problems of Armenia and Artsakh.

President Sarkissian referred to the post-war situation and presented his observations on the directions of the future development of Armenia, emphasizing that in the strengthening of our country, he attaches importance to the support of both the European Union and France and deepening cooperation in the target spheres.

In the context of the country's development, President Sarkissian called for the implementation of constitutional changes and the adoption of a new constitution with effective mechanisms of checks and balances that will contribute to the country's democratic progress and enable full and effective involvement of the human potential of the diaspora. As another precondition for development, President Sarkissian mentioned advanced high technologies, artificial intelligence, and education.

President Sarkissian and the Member of the European Parliament also exchanged views on the regional issues.