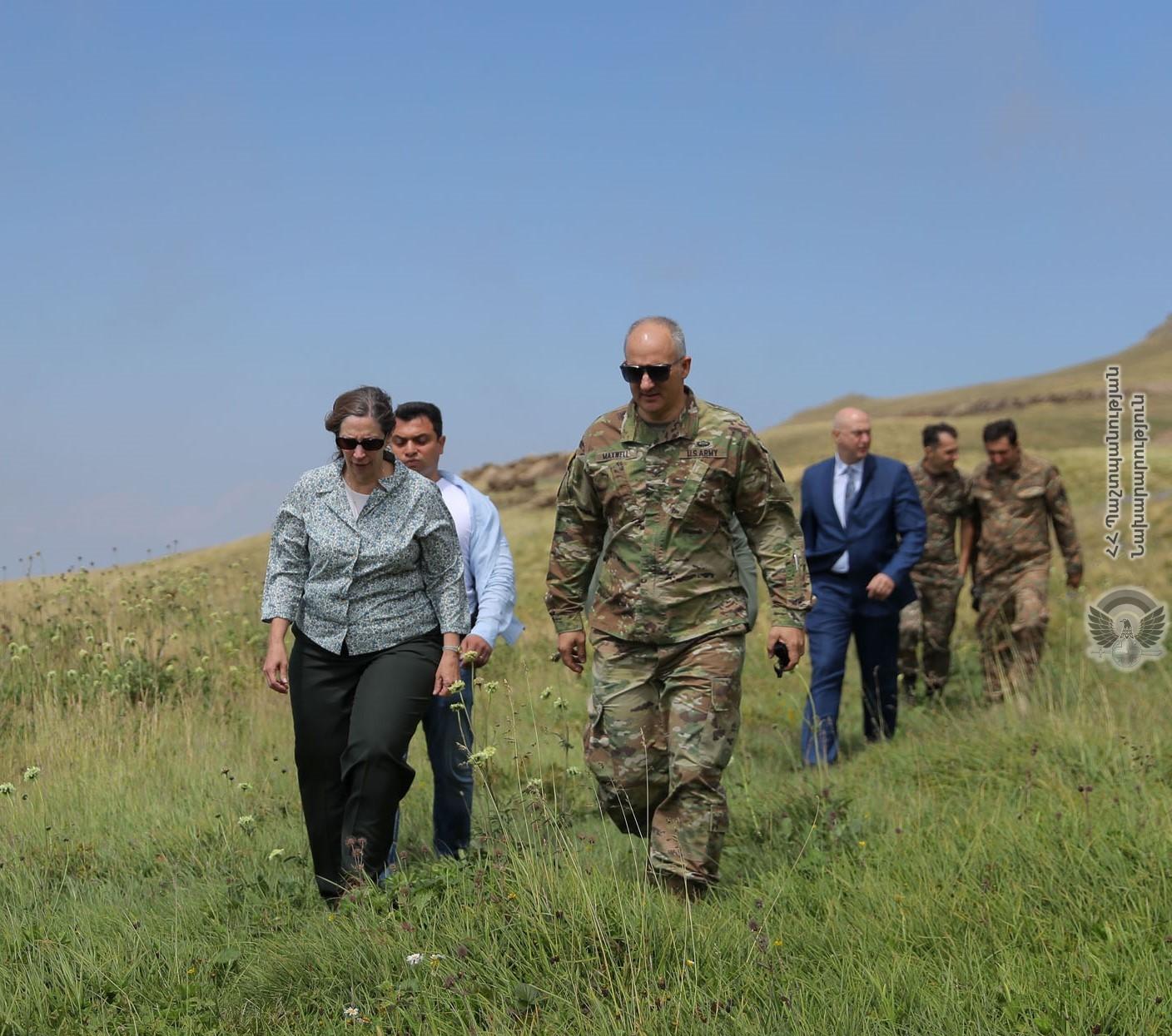 U.S. Ambassador to Armenia Lynne Tracy today visited a section of the Armenian-Azerbaijani border near the village of Verin (Upper) Shorzha in the country's Gegharkunik Province.

Ambassador Tracy, according to a statement released by Armenia’s Ministry of Defense, reaffirmed Washington’s concern regarding recent border incidents stressing that the United States rejects the use of force in the border demarcation process.

She said that the United States, as a co-chair of the OSCE Minsk Group, remains committed to the process of working with all parties to achieve a lasting political solution to the Nagorno-Karabakh conflict and urges the parties to return to the Minsk Group format.