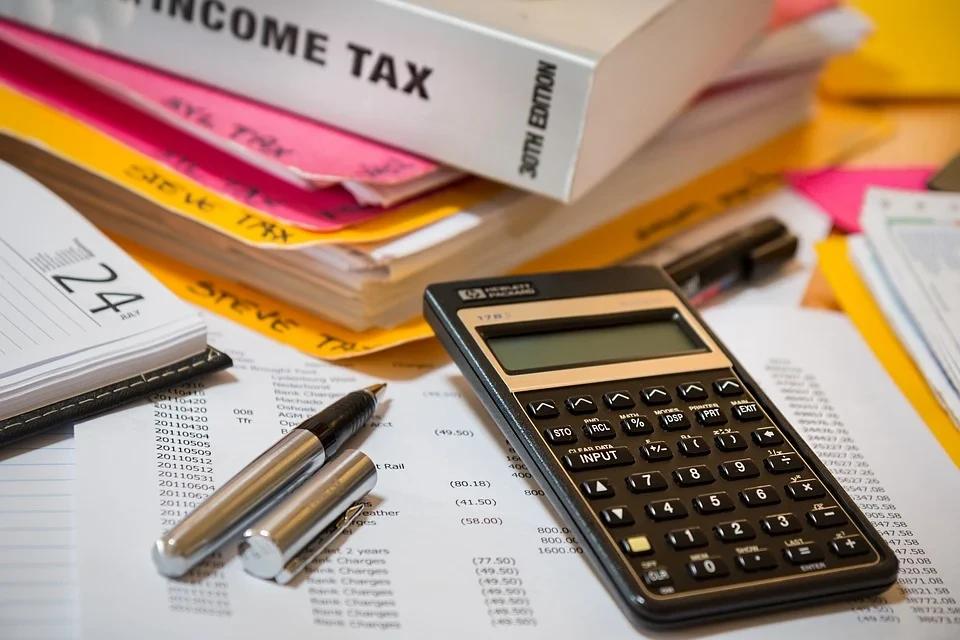 There are many cases in Armenia in which business owners demerge (separate) their holdings into several companies to avoid paying taxes or paying less in taxes.

Some cases are regularly paid attention to by law enforcement bodies, and criminal cases are even initiated. Some are able to "successfully" manipulate and continue working in the same way. The Hetq Media Factory team tried to understand the mechanism by which companies demerge, the statistics around reported cases and, most importantly, what motivates businesses to frequently go this route. Is it a culture that has formed over the years or does it have to do with shortcomings in the tax code?

According to the RA Tax Code, there are general and special taxation systems in Armenia. The tax burden under the general system is much heavier than under the special system.

Within the framework of the general taxation system, organizations, individual entrepreneurs and notaries are taxed with VAT (value added tax) and profit tax. The VAT rate is 20%. And, as in all other cases, there are exceptions and subtleties that are defined by the Tax Code.

The profit tax rate, in turn, is 18%–again with exceptions.

If the annual sales turnover of organizations and individual entrepreneurs does not exceed 115 million drams, for some types of activities the law allows for a lighter tax burden than under the general system. These are special systems–micro-business and turnover tax systems.

Thus, if the annual sales turnover of an individual entrepreneur or organization does not exceed 24 million drams and complies with the provisions of the law, then they can work in the field of micro-enterprise and be exempt from profit tax, VAT, and turnover tax. As an exception, banks, credit unions, insurance companies, and others cannot be considered turnover taxpayers given their activities, and they always function within the general tax system. A list of types of activities and other provisions included in the turnover tax system are also defined by law.

When the annual sales turnover exceeds 24 million drams but does not exceed 115 million drams, the business “appears” in the turnover tax bracket. Here, they pay neither VAT nor profit tax. Instead, they are taxed under a turnover tax, the rates of which vary according to the type of activity.

Businesses often demerge their companies, that is, they carry out the same business activities through several companies. In some cases, the turnover of the split companies alone does not exceed the threshold of the micro-enterprise system, and they are able to work in that bracket. Some of them, even if they exceed the threshold of 24 million drams, try to stay in the turnover tax system by splitting their activities.

In other words, while this system was created to lighten the burden of small businesses, the micro-enterprise system is used not by small but rather medium-sized businesses. And those that are bigger and cannot even “fit” within the micro-enterprise system by splitting their business, start working under the turnover tax system bracket, which in turn is created mainly for medium-sized businesses.

Criminal cases were initiated against 17 of them. In the remaining cases, the businesses pleaded guilty and paid taxes from their budget that they had avoided.

We were unable to get a response to several inquiries for a list of the 17 economic entities in order to understand who is behind those companies. The State Revenue Committee defines this as tax secrecy and not subject to information. The Prosecutor's Office also defines it this way. And although, according to official data, only 380 economic entities over 2 years were recognized as interconnected on the basis of agreed upon economic interests, it is obvious that there are many such cases in Armenia. This is one of the most common types of tax evasion.

In a conversation with us, accountant Anna Stepanyan asserts that the thresholds set for micro-enterprises and turnover tax systems are easy to cross, and that is why there are numerous cases of companies demerging.

As the upper limit of the turnover tax system in Armenia is set at 115 million drams, the economic entity that exceeds the monthly turnover of 9.6 million drams automatically enters the VAT bracket.

"That is actually a very small number, especially in trade. As an example, we can consider a number of private companies renting space at the Petak fair in Yerevan, which easily cross those thresholds, or shops that operate in courtyards–especially if they are the only ones operating in the area–which can easily exceed the threshold of 115 million drams," says Anna Stepanyan.

In order not to appear in the VAT bracket, the companies take various other steps. For example, they open another LLC or a private enterprise, work until they reach the VAT threshold and, when they approach the threshold, they close the private enterprise and open a new one.

Stepanyan notes that the state catches those cases that can be easily revealed. These private enterprises mainly sell the same goods or similar goods and provide similar services. In addition, if we look at the documents showing the purchase of goods, we will see that the goods from all economic entities are purchased mainly from the same supplier. They are also easily identifiable from the point of view that if one person has, say, more than one private enterprise, then the employees of both work in the same place, in the same office, and so on.

The accountant explains that, after such cases are revealed by the tax authorities, these companies are recognized as interconnected and operative measures are applied. The clarification is made that, when a company crosses the VAT threshold, from that moment they are obliged to pay 20% in taxes along with fines.

“Now let me go and get it from the other booth”: The secret of many booths

Our study showed that there are many cases of companies demerging in Yerevan and the regions, especially in the commercial sphere. For example, when a buyer wants to try on clothes in one booth, and the size, color, or other criteria are not available in that booth, the seller accompanies the buyer to another booth belonging to them to try on clothes the buyer wants, or they ask for the buyer to wait for them to bring it from the other booth. The activities of both booths are carried out by the same person, but the booths are rented by different private enterprises connected to the same person.

There are many such examples. However, we are not mentioning names in this article so that we don’t draw attention to individual businesses and unintentionally harm them.

Some carriers also work similarly. Let’s say that a company has one truck that it uses, on average, 20 times to transport goods from Armenia to Russia and vice versa and that one round trip cost is 2-2.5 million drams. Over one year, the turnover will be 40-50 million drams. In other words, if the same business uses two cars to transport goods, it will exceed the threshold of 115 million drams and will appear under the general taxation system. To avoid this, the same business registers its trucks with different business entities, so that each stays within the turnover tax bracket.

Our conversations with experts and business circles have shown that tax evasion in Armenia, both through the demerging of companies and other methods, is due to both the culture established over the years and tax legislation shortcomings.

Ruben Osipyan, President of the SME Cooperation Association, thinks that presently small and medium-sized businesses in Armenia do not develop and grow into large businesses. The problems are cyclical, and part of that chain has to do with switching to special tax and general systems; small businesses do not want to cross the thresholds of micro-businesses and turnover tax systems in order to avoid paying VAT and profit tax.

“Because of that, they don’t even work to grow and implement new ideas. There is also the issue of tax ethics. I think there should be a uniform tax code to eliminate this problem,” says Osipyan. 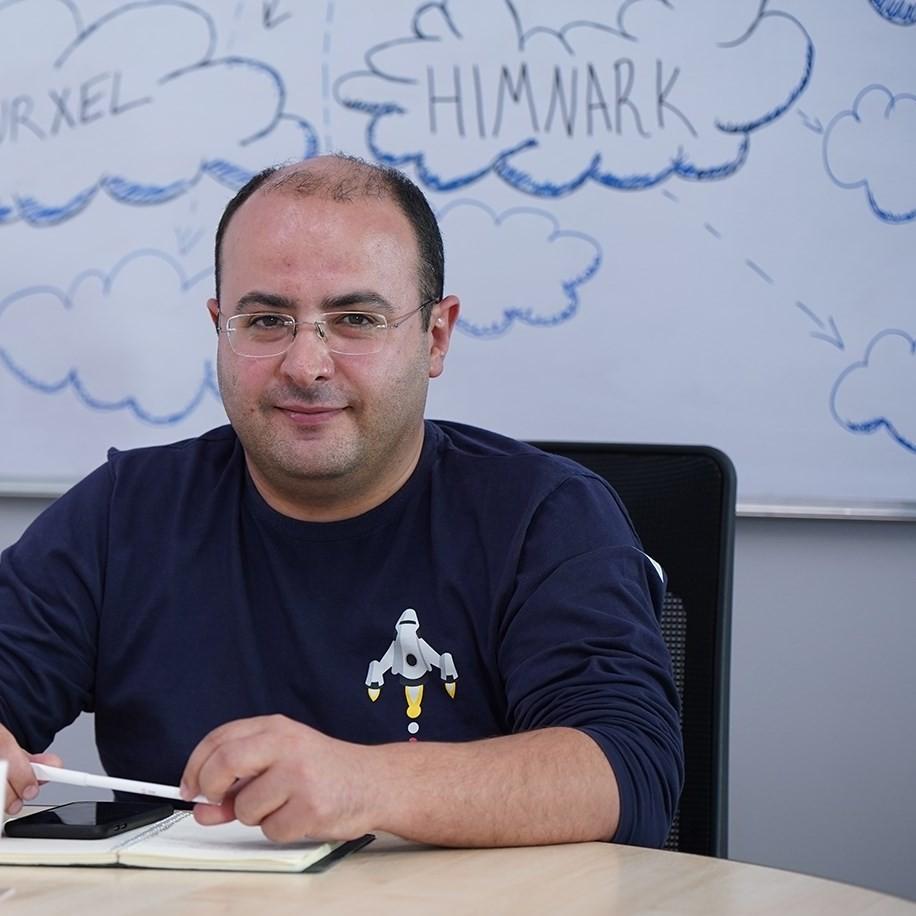 There are cases in which the owner has a problem consolidating their demerged companies and understanding their real turnover and profit. It turns out that the accounting is so flawed that numerous other problems arise. Thus, according to Ruben Osipyan, the business person continues to have a small business “mindset”. “Meanwhile, if they had the real picture, it might have become clear that the business has grown a lot and can pay VAT and profit tax, and the business person would have tried to further develop and grow their business.”

According to Vahram Mirakyan, Head of the Mantashev Entrepreneurs Union, the tax system is forcing business people to evade taxes by dividing their businesses.

“The difference in VAT tax is very abrupt, so the business is not able to make that transition. There is a completely different logic for a person working under a turnover tax. When they go to the VAT bracket, the taxes there differ sharply. Even up to 20% can make a difference. Business models are not ready for that. Business models in Armenia have a 10-15% profit. When they have to increase taxes by about 20%, it means that they also have to increase prices by about 20%. In that case, they just can't make it and they fall apart, especially when there are nearby businesses that get around taxes. In other words, the problem is the abrupt transition. As a result, people prefer to divide the business in order to maintain their business model so that they can survive in the market,” says Mirakyan.

Speaking about his international experience, Mirakyan claims that the best solution in economically developed countries is a progressive tax․ In the USA, for example, they pay 2% of their turnover for up to $1 million in turnover, and it continues that way: Taxes increase as turnover increases. According to entrepreneurs, businesses under a progressive tax are able to adapt and endure. 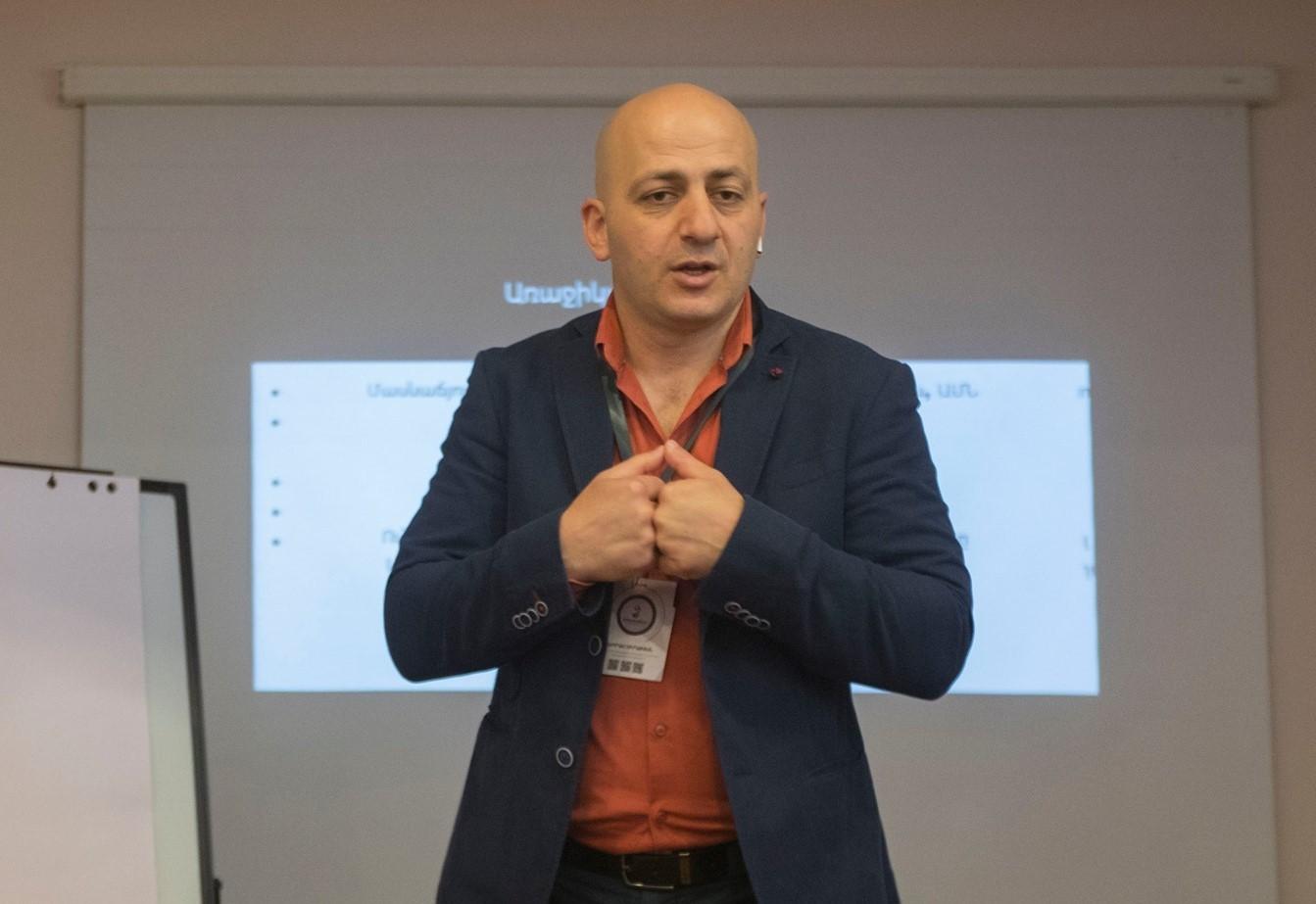 “If I am not mistaken, the average profitability of business in Armenia is 13-14%, so that’s why they have to raise prices by 20% to continue surviving, and next to them are businesses that are getting around taxes. If we consider the example of gyms, one works by getting around taxes, and so if another nearby gym passes to the VAT bracket, it will be immediately pushed out of competition and closed. That’s why people are opening up several businesses to survive,” says Mikaryan.

According to him, a progressive tax in Armenia would be an ideal solution. The business person, however, sees the solution as “tougher”.

"In Georgia, for example, you can be making more than 20 million drams and be within the VAT bracket. That’s why they don’t have to divide businesses. In this case, the market is for everyone. But the market now in Armenia is not for everyone. Whoever can maneuver it and get along with tax employees has a good business. In other words, people make money not from business but by tax evasion or getting along well with certain people. That’s wrong,” says Mirakyan.

The issue of taking advantage of opportunities provided by the micro-enterprise system was also discussed at the July 22 sitting of the government. “We see that, for example, companies with an annual turnover of 100 million drams are being divided into 4 parts to become 4 micro-business companies in order to use–or rather an abuse–these legislative changes, which is not the goal of our reform,” the Prime Minister stated. Though the topic was discussed, no solutions were offered.

In general, the topic of the advantages and disadvantages of tax systems in Armenia is much broader than what is presented in this article. Experts and government agencies are constantly in debate. The mechanism of paying less taxes by demerging companies is just one link in the chain.