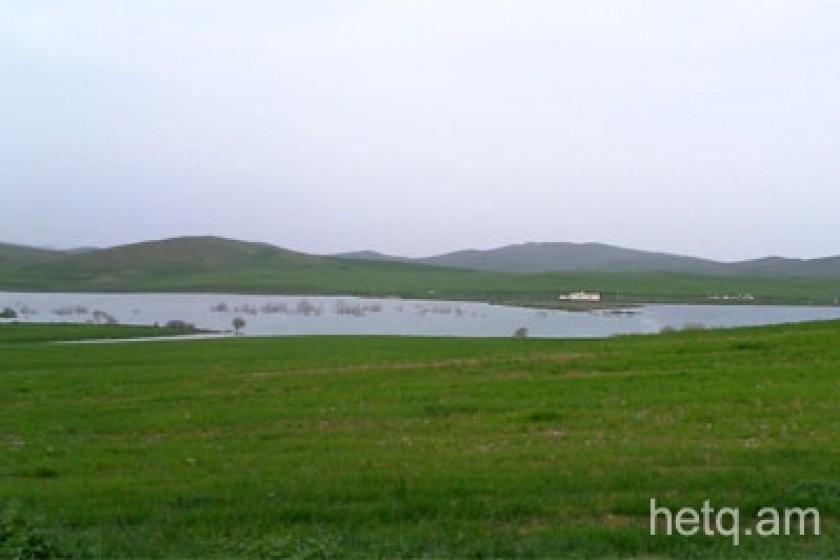 Artsakh: Soldiers of the Plains

When our group of journalists recently travelled to Artsakh to visit military units on the frontline, I decided to head southeast.

During my stint in the army, I had the opportunity to visit all the units except the Yeghnik base.

Most of the journalists also wanted to visit the Yeghnik unit due to the fact that it was recently in the news. But the unit held little attraction for me. I preferred to head towards the liberated territories.

The last time I went was exactly two years ago during my military service. Something was calling me back.

I told my friend who was supposed to go with me, “You know, I’m tired of the mountains. I want to see the never ending flat lands.” I don't know whether she understood or not. I remembered my colleague, who, at one time, was also taken with the idea. He had participated in the war and would say that the plains took the Armenian army in its folds and led them on.

Perhaps, the longing for the plains and the sea still exists deep in the Armenian of the mountains. Today, we no longer have the “sea to sea Armenia”, but in 1994 the Armenian Army cut across the plains of Shirak and Ararat all the way to the Horadiz flatlands; some 40,000 square kilometres of territory stretching from one border of Armenia to the other.

On the way, I wondered just how many of those talking about the Karabakh question, the Madrid principles and the liberated territories in the parliamentary election campaign, actually wore an army uniform? How many had ever been to these places in Artsakh, let alone being able to find them on a map?

The road was leading us down the mountains into the Karabakh plains where the Varanda and Ishkhanaged rivers flowed down to the swampy fields alongside the Arax.

Nothing had changed. The same uncultivated but fertile fields, the same battered road signs. The only signs of life were the occasional small flock of sheep or villagers carrying a shovel on his shoulder. 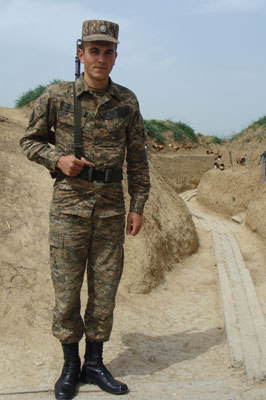 Later on, we spotted a group of shirtless soldiers, jogging down the road.

The sun was high in the afternoon sky and it felt more like summer.

One of the journalists asked, “Are the Turks up in those mountains over there?”

“No,” responded Lieutenant-Colonel David, “That’s our territory. If you see mountains, they belong to us.”

We soon reached the last ruined village along the border. The road was mere gravel and our jeep kicked up huge amounts of dust. We shut the windows. My friend wanted to open the windows and taste that precious dust of the liberated territories. I did too. I breathed it in and coughed.

After reaching the local unit, we got out and walked to the frontline positions, escorted by the officer in charge.

There, at the trenches, our group met up with Lieutenant Mher Hakobyan and the soldiers under his command. They talked to the journalists about daily life on the frontlines.

Their voices were calm and confident. One of the reasons, perhaps, is that some of the journalists were women.

I recall the words of Artsakh Defense Minister Movses Hakobyan. He had told the journalists back in Stepanakert that in order to wind down after days of heavy work he would often go to spend time with soldiers patrolling the advanced positions.

“The holiest spot in this country is the frontlines. The motherland starts here. The most important job is that of the soldier, because they are the first ones who are protecting our statehood.”

Khachik: "There can be no concessions" 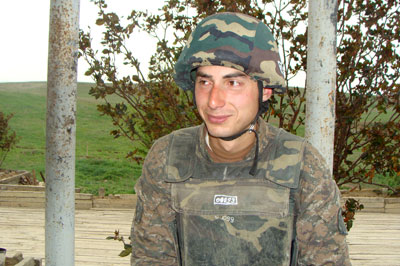 We are talking to 20 year-old Khachik Hambardzoumyan. His buddies are digging a seven meter deep well close by. The local squadron leader saw a bunch of reeds growing in the area and figured there had to be water down below.

Khachik has a month left to serve. He had finished a year at the Faculty of Law in Yerevan before being conscripted. Khachik says he didn’t want to postpone his military service because it’s harder for an older guy to serve alongside younger conscripts. There’s a difference in mentality, he argues.

He confesses that he was fearful the first time he went to the frontline but that he didn’t feel powerless.

“Sure, there are shots fired at our positions. But it’s not an everyday occurrence,” Khachik says.

When I ask about a possible return of this and other liberated lands, the soldier immediately responds, “These are our lands and that’s how it will stay. There is no retreat for us, only advancement.”

After our conversation, Khachik loads his weapon and gets ready to assume his patrol shift along the trenches.

“Right now, my main aim is to serve out my remaining forty days and go home. I have a responsibility to work and take care of them properly.”

Looking at him as he walks up the line, I pray that he makes it.