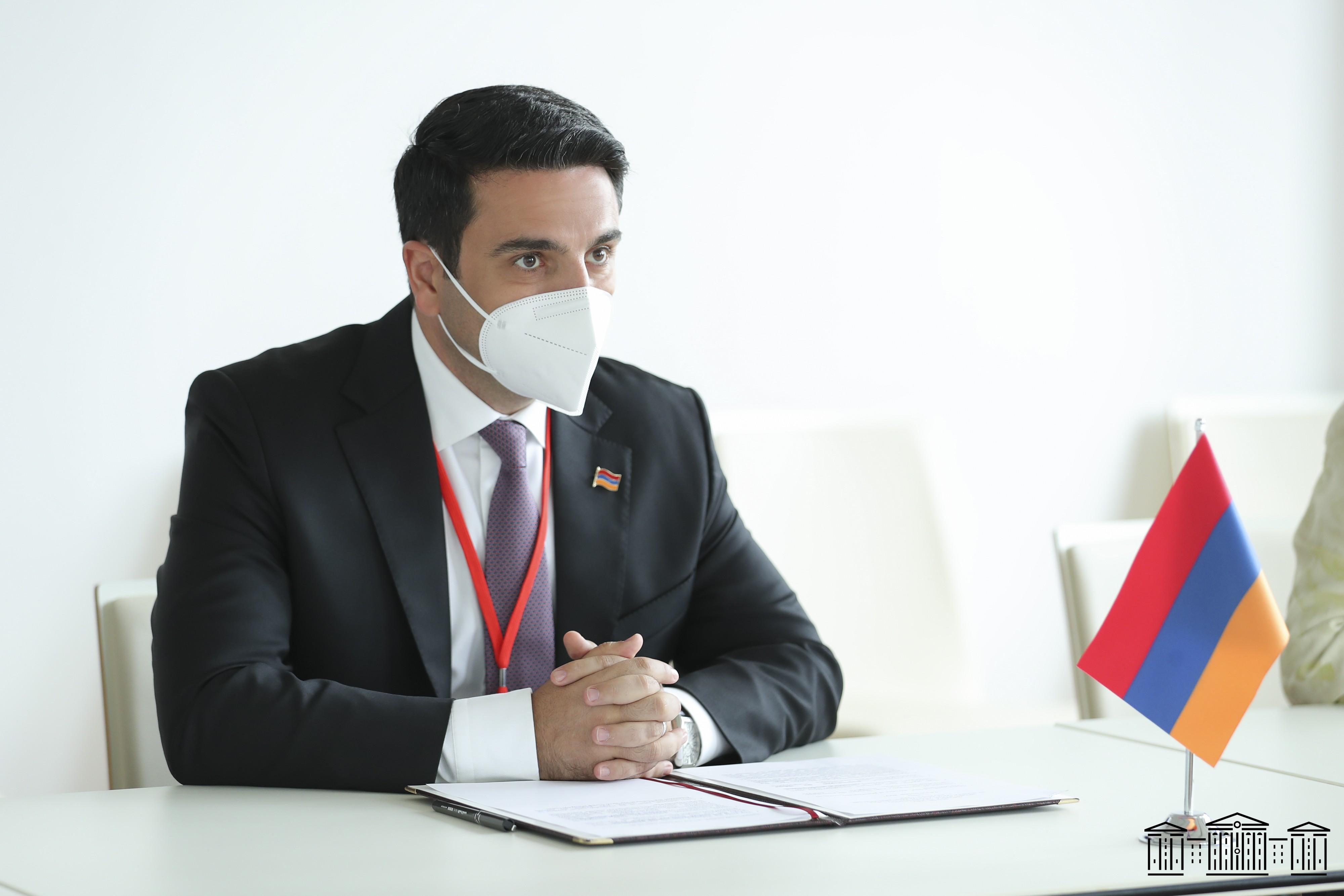 Armenian Parliament Speaker Alen Simonyan and his Georgian counterpart, Kakha Kuchava, met today on the sidelines of the 5th World Conference of Speakers of Parliaments in Vienna and discussed greater cooperation between the two states as a prerequisite for security, peace and sustainable development in the region.

Simonyan, according to a statement released by his office, stressed the importance of close cooperation between the legislatures of the two countries, adding that an Armenian-Georgian friendship group will soon be formed in the Armenian National Assembly.

Simonyan thanked Kuchava for Georgian efforts to facilitate a settlement of the Nagorno Karabakh conflict.

Newly elected Georgian Parliamentary Speaker Kuchava congratulated Simonyan for being elected Speaker of Armenia’s Parliament, noting that the two new appointees can impart a new impetus to the bilateral cooperation.