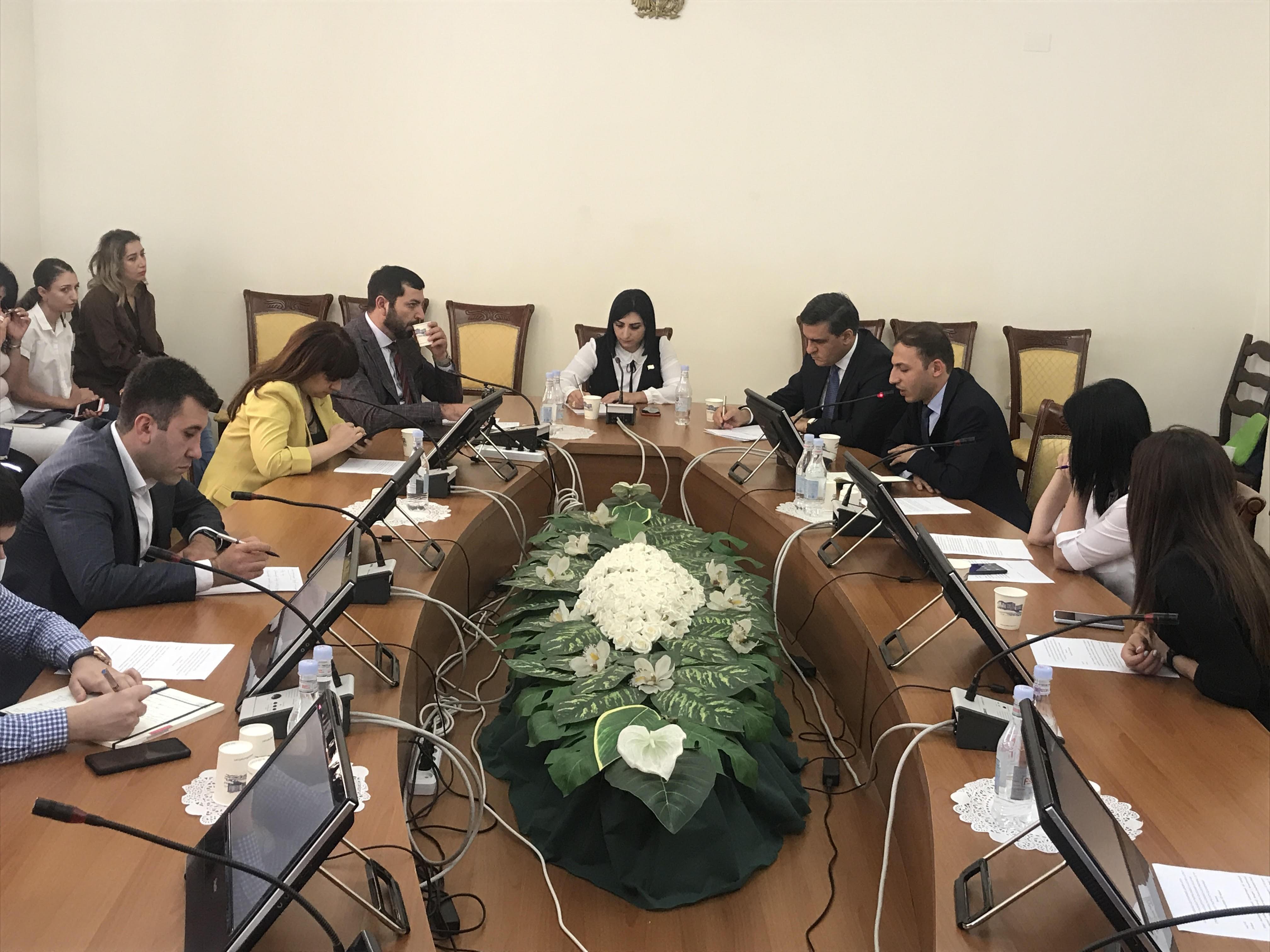 Stepanyan said that this is the reason why some 22,000 Artsakh residents did not return after the last year’s war even though they expressed a desire to do so.

"Sometimes, people are deprived of basic living conditions. They live in basements and are deprived of sanitary conditions. The rents paid by the state do not correspond to the market prices. I have submitted a proposal to the Artsakh government in that direction. I know that steps are being taken for change," he said.

Stepanyan described the problems that exist in post-war Artsakh to the committee members in the hope that avenues of cooperation can be identified to resolve them. He said he expects assistance from Armenia’s private sector.

Stepanyan said that the lack of water, communications and jobs also plague Artsakh.

The Artsakh Human Rights Defender expressed concern over the termination of  Armenian government support programs, in particular, the 68,000 AMD stipends and the program that pays families for hosting displaced individuals.

Tony Martin 2021-09-18 05:14:24
Perhaps the Armenians displaced from Karabakh should apply to Azerbaijan to return to their homes. Those Armenians who are still living in Karabakh will have to become Azerbaijan citizens if they wish to stay so there is no reason why the displaced Armenians should not lead the way. It might prove that it is possible for the Armenians and Azerbaijan people to live together in peace. Why wait for the next war in 4 years if reconciliation today can prevent it?