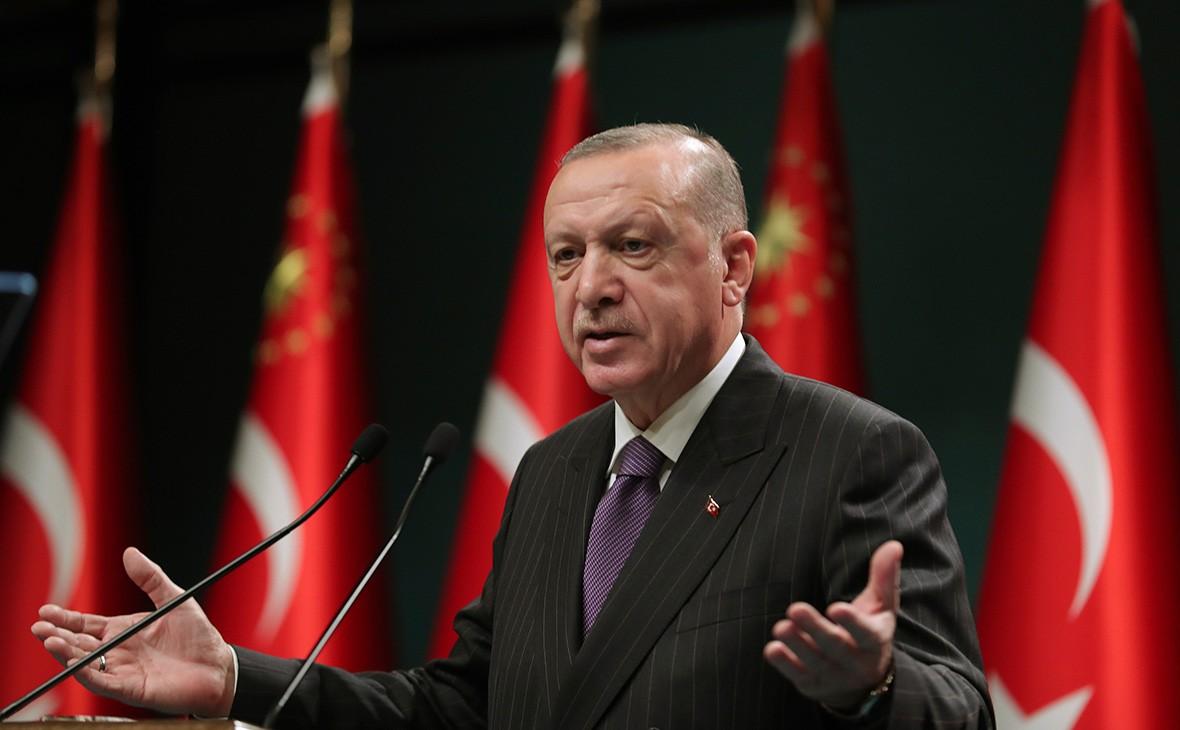 The proposal, according to the Azerbaijani APA news agency, was relayed to Erdoğan by Georgian Prime Minister Irakli Garibashvili.

The APA reports that Erdoğan announced receiving the offer at a press conference prior to his visit to New York, where the Turkish President will attend the next session of the UN General Assembly.

Erdoğan noted that if Pashinyan wants to meet him, Armenia must take positive steps.

"The Prime Minister of Georgia handed me the offer to have a meeting with the Prime Minister of Armenia Nikol Pashinyan. But for that, Armenia must take positive steps. "If that meeting takes place, Turkey will also establish diplomatic relations," Erdoğan is reported to have said.

Erdoğan said he hoped that the opening of the so-called “Zangezur Corridor" would contribute to the normalization of Armenian-Azerbaijani relations.

tbd 2021-09-20 03:01:27
international criminal gangster erdogan clearly, loudly, openly and repeatedly said his minimum 3 conditions to meet with traitor pashinyan. These three conditions will result in the total and permanent surrender and enslavement of Armenians wherever they may be. Condition 1: Armenia/Armenians must permanently accept the present borders between Armenia and turkey, which means Armenia shall permanently abandon and forget the Armenian lands/vilayets occupied by turkey, and which also implies no land return stolen from the 1st Genocide of Armenians planned, financed, managed by int'l jewry and executed by turkey and kurds ( the Second Genocide was just successfully and devastatingly completed in Sept. 2020, by the same two criminal entities plus their third leg azerbaijan ( of course and again with the knowledge, consent, approval, encouragement of the whole world, but mainly at a minimum by russia, georgia, pakistan, ukraine, uk) . Condition 2: Armenia/Armenians shall forget the 1st Genocide of Armenians and shall not pursue any demands for reparations and compensations and for criminal punishment, which will also imply accepting condition one. Condition 3: Armenian/Armenians shall accept Artsakh as azerbaijani land and shall be held accountable to all the losses that azerbaijan supposedly suffered during the 30 year intermittent war with azerbaijan. traitor pashinyan accepted all these 3 conditions just to meet erdogan, to raise his so called stature as world class statesman, but as we read above and as was always clear erdogan still refused to meet him for even a brief photo handshake, because he wants permanent capitulation, surrender, and enslavement of Armenia/Armenians worldwide. erdogan, azerbaijan and the whole world also know that they don't need to meet any Armenian for anything, it's just a matter of time, that the less than 2 million khoujan living in Armenia/Artsakh will emigrate and in about 50 years the land will be divided between russia, iran, turkey, and Armenia/Armenians will be a "has been entity" erased from the face of the earth as a nation, just like the copts, the assyrians and others. To prevent this outcome, a strong patriotic military leader with integrity and vision should take over Armenia, should close it to the outside world for at least 50 years, and should start building a patriotic and brave Armenian nation from within, with the practiced motto " one for all, all for one", to work the land and be self-reliant and self-sufficient for basic needs. Do not and never rely or wait on others for their handouts or pity, ( heed the correct russian saying: the only free cheese is in a mousetrap) and specially not the so-called diaspora Armenians who are worthless losers in every sense, who can't even defend their own rights and interests wherever they reside, as they are the slaves of those governments.