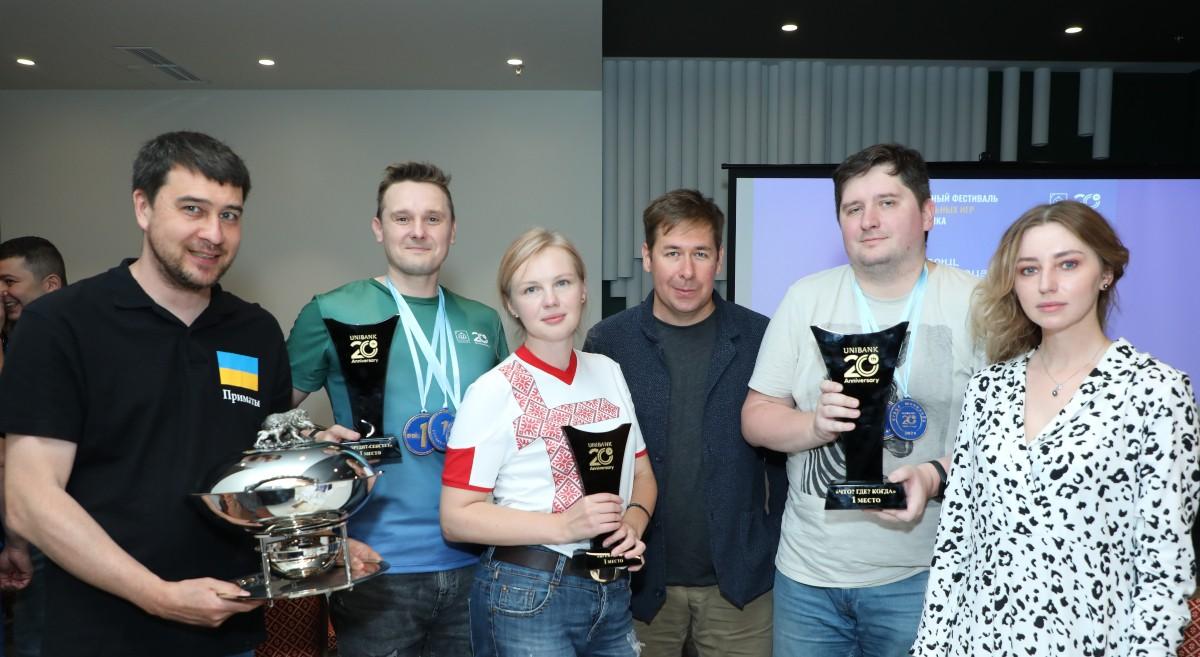 The following is a paid Unibank release.

The “Unibank Cup” international festival of intellectual games became the highlight of September, hosting teams from Armenia, Russia, Ukraine and Belarus in Yerevan. The event, dedicated to the 20th anniversary of Unibank OJSC, took place at the Holiday Inn Yerevan-Republic Square hotel. The bank acted as the general sponsor of the festival.

The program included three games at once: “What? Where? When?”, “Brain-ring” and “Erudite-sextet”. The absolute winner of the festival was the team “Primati” (Primates) from Ukraine. Its participants, Dmitry Litvinov, Inna Semyonova, Ilya Novikov, Alexey Samulev, Natalia Novysh and Alexey Filanovsky, managed to take the lead in all intellectual battles.

For the other top places there was a heightened competition. A Belorusian team called “Khronicheskie Razumnie United” (Chronic reasonable United) won the second place in “What? Where? When?”, while the Armenian “NUIX” was the third. In the “Brain-ring”, however, the guests from Minsk won the bronze, losing silver to another team- "Aragast" from Yerevan.

In "Erudite Sextet" the best results were shown by "Primates", followed by two teams from Yerevan - "Hayastan" and "Anfield", and "Gambler" from Moscow.

“Congratulations to the winners and participants of the festival! It was a great pleasure for us to sponsor this event which symbolizes the strategic policy of “Unibank”- a stake on intellectual resources. Using innovative technological solutions and employing the best specialists, we create banking products that improve the lives of our clients. And the successes that we have achieved over twenty years confirm that the chosen path is correct. “Unibank Cup” embodies our values, and we are planning to hold this kind of tournaments for erudite from different countries more than once”, commented Mesrop Hakobyan, CЕО of “Unibank” OJSC.

“The Unibank Cup was the first major international tournament that took place in Armenia in the post-covid era. Holding it is an important step in the development of the intellectual movement in the country, because the opportunity to play in the same hall with strong and well-known foreign experts will be a good stimulus for development for Armenian players,” said Tigran Kocharyan, Chairman of the Armenian Association of Intellectuals.

The three-day festival passed in a festive atmosphere, keeping the best traditions of Armenian hospitality. The winners were awarded with cups, medals and silver products of the “Argenta” factory. Other participants also did not leave without presents- all the guests received souvenirs which will remind them about the sunny Armenia. These were the famous, 30 years old Armenian sherry and herbal teas "Chayane" - natural blends of herbs collected from the mountain slopes of Armenia.

“We will all remember this warm, sincere holiday that Unibank arranged for us on the generous Armenian land, in the hospitable city of Yerevan,” said the host of the event, Pavel Zabavsky. We sincerely thank Unibank for supporting intellectual games and wish it further prosperity!”.