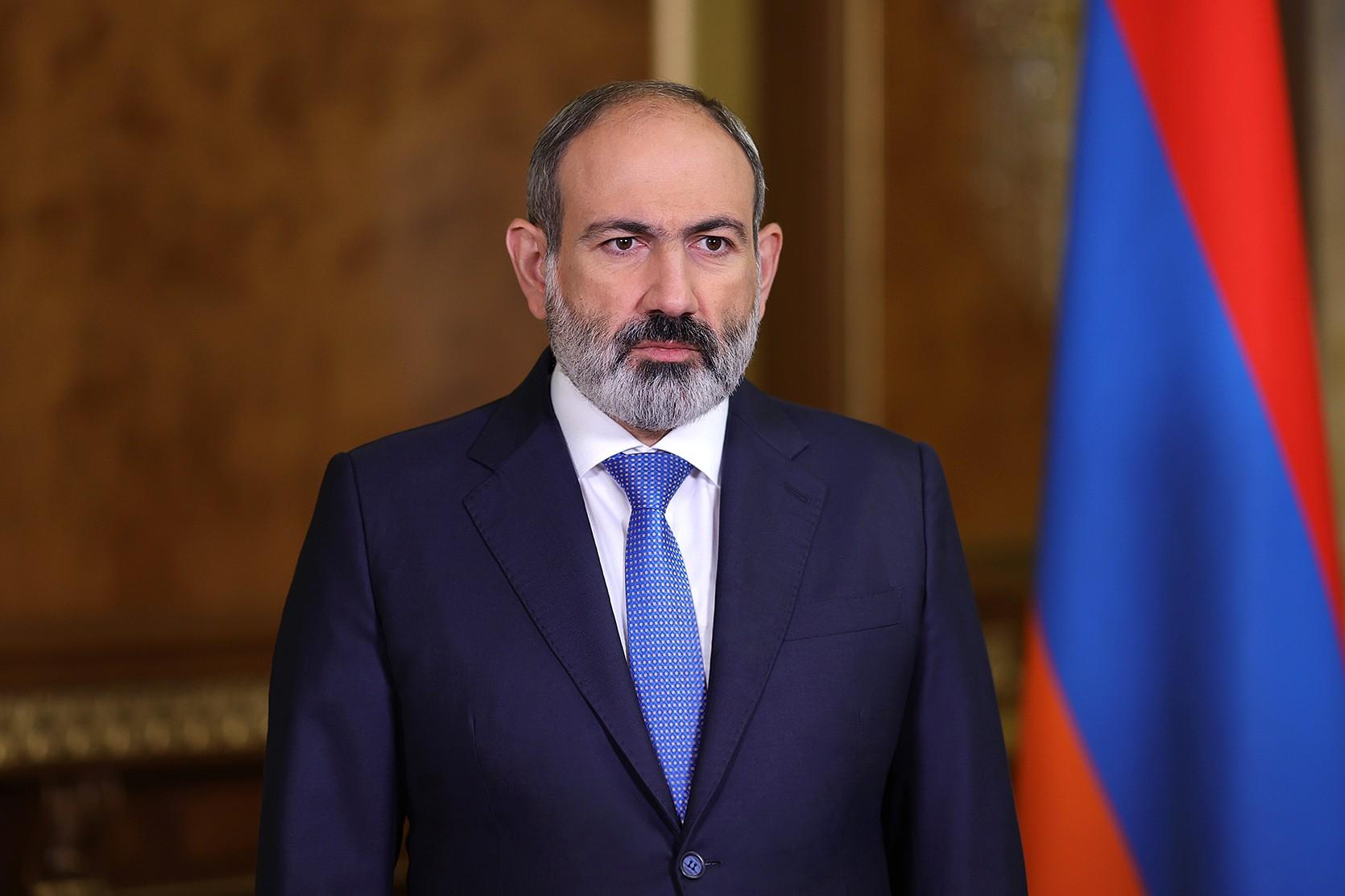 Honorable President of the General Assembly,

I am pleased to once again deliver a statement at the United Nations General Assembly.

First of all, I would like to congratulate Mr. Abdulla Shahid on his election as President of the General Assembly, as well as Mr. António Guterres on his re-election as Secretary-General of the United Nations. I am confident that with your leadership you will help us overcome the vast challenges we are facing.

Today in my speech, I would like to refer to the situation in the South Caucasus region, present our views and proposals on the solution of the existing problems.

As you know, in the fall of 2020, Nagorno-Karabakh was subjected to aggression. The war that lasted forty-four days took the lives of several thousands of people. Tens of thousands of residents of Nagorno-Karabakh were displaced. The aggression was accompanied by numerous gross violations of international law by the Azerbaijani armed forces, including deliberate targeting of civilians and vital infrastructure, extrajudicial killings of prisoners of war and civilian hostages, torture and many other documented crimes. As a result of these actions, in the parts of Nagorno-Karabakh, which came under the control of Azerbaijan, the Armenian people were subjected to complete ethnic cleansing. Unfortunately, the international community here again could not prevent the mass atrocities. Today, no Armenian lives or practically could live in the territories under the control of Azerbaijan.

One month ago, the Republic of Armenia National Assembly approved the Government's Action Plan for 2021-2026, where one of the key provisions is to open an era of peaceful development for our country and the region. Moreover, as per the results of the early parliamentary election held on June 20, 2021, the people of Armenia gave to our Government a mandate to move towards this key goal. It should be emphasized that our Government received this important mandate based on the results of elections that were held to overcome the domestic political crisis.

This was the second election in our country after the Non-violent, Velvet, People's Revolution in Armenia in 2018. Both elections were assessed by international observers as competitive, transparent, and in line with democratic standards.

So, how are we going to achieve the goal of opening an era of peaceful development for our country and the region? Through dialogue, overcoming incrementally the atmosphere of painful hostility in our region. We realize that the path will be difficult and long. Unfortunately, the incidents designed to delegitimize the peace agenda and deepen and institutionalize the atmosphere of hostility occur on a daily basis. Violations of the ceasefire, aggressive and insulting statements against Armenia and the Armenian people continue to escalate the atmosphere.

An act against the peace agenda is the fact that, contrary to Article 8 of the November 9 statement, Azerbaijan not only still holds several dozen citizens of the Republic of Armenia in captivity, but also has sentenced many of them to 6 to 20 years imprisonment on trumped-up charges. In addition, there are persons whose captivity has not yet been confirmed by Azerbaijan, although there is clear evidence that they were captured. This becomes even more unacceptable against the background that in the fall of 2020, Azerbaijani users posted videos of the capture of specific Armenian soldiers, and later the decapitated or shot bodies of those soldiers were discovered. We have irrefutable evidence about the torture of our captives.

An outrageous example of the deepening of the atmosphere of hostility is the opening of the so-called trophy park in Baku, where Azerbaijani schoolchildren are taken on excursions to watch the mannequins of captured, killed or bleeding Armenian soldiers.

These and other steps are taken to demonstrate the impossibility of peace in our region, but we will consistently advance that agenda by using every opportunity and by creating new opportunities to open an era of peace for our region.

In this sense, I consider the opening of regional communications extremely important, which is stated in the 9th point of the trilateral declaration signed by the President of the Russian Federation, the President of Azerbaijan and the Prime Minister of Armenia of November 9, 2020 and January 11, 2021.

The interconnected transport arteries of the region will be an outcome of resolving this issue. Opportunity will be created for establishing economic ties, which is one of the important prerequisites for peaceful development.

While examining the topic of reopening transport links, we discovered that there are options that aim at sustaining regional isolation and hostility, but there are also options that emphasize regional interconnectedness and can be a step-by-step solution of the problem of hostility. We are an advocate for the latter option.

If the railway connecting Armenia to Turkey is opened too, then the topic of opening regional communications will cover broader scope.

Armenia is ready for a constructive dialogue, which should lead to the establishment of sustainable and lasting peace in the region. In this regard, we propose to complete the process of return of prisoners of war, hostages and other captives without delay.

It is also necessary to resume the peace process for the settlement of the Nagorno-Karabakh conflict under the auspices of the OSCE Minsk Group Co-Chairs.

We believe that the contacts mediated by the Co-Chairs will enable the parties to find common ground, and to open avenues for addressing many difficult issues.

Next is the issue of delimitation and demarcation of the Armenia-Azerbaijan border. I must state with regret that it is difficult to imagine a border delimitation process on the backdrop of almost daily shootings and various provocations on the Armenian-Azerbaijani border, on the backdrop of units of the armed forces of Azerbaijan having infiltrated the sovereign territory of the Republic of Armenia on May 12, 2021 in the Sotk-Khoznavar section. To overcome this situation, we have suggested the following actions: In the above mentioned section, the armed forces of both Armenia and Azerbaijan should withdraw simultaneously to the Soviet times border, international observers would be deployed along that border and under international auspices we would start delimitation and demarcation. We are ready to implement this proposal at any time.

In my speech, I touched upon issues of vital importance for our country and for the region. These issues need urgently to be addressed today and require the urgent attention of the international community.

At the same time, as I conclude my speech, I would like to reaffirm that Armenia, as a responsible member of the international community and a reliable partner, will continue to contribute to the strengthening of comprehensive international order, to international cooperation based on the purposes and principles of the UN Charter, promoting sustainable development and protection of fundamental human rights.

We are committed to a constructive and inclusive dialogue with all our partners.

Armenia is ready to make every effort to contribute to overcoming the current global challenges such as climate change, the COVID-19 pandemic, issues of international peace, security, and sustainable development.

With this, let me complete my speech by wishing success to the works of the 76th session of the UN General Assembly.