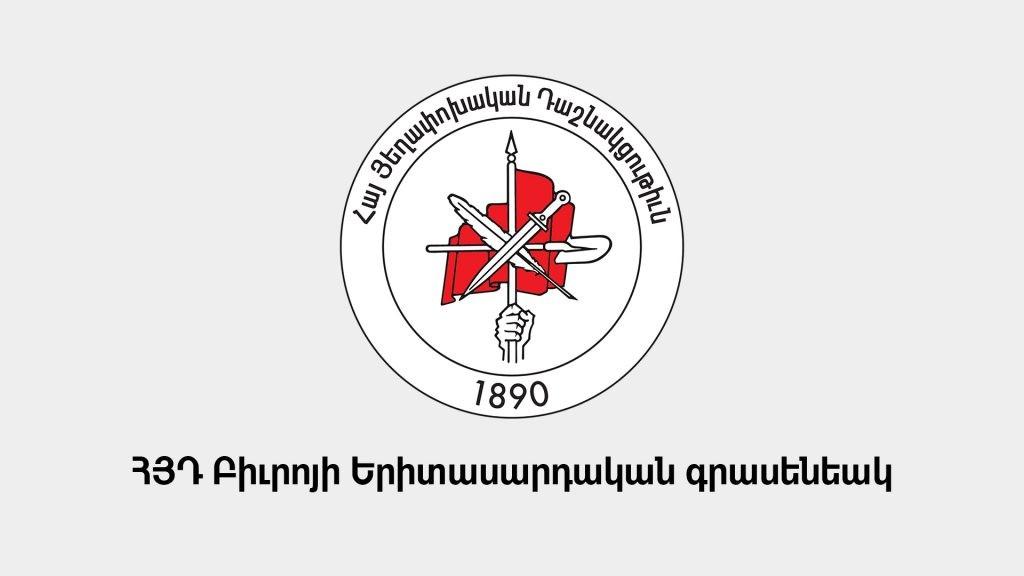 The Armenian Revolutionary Federation’s (ARF) Youth Office in Armenia has announced a pan-Armenian “resistance movement” to counter what it describes as the “anti-national, conspiratorial authorities in the Republic of Armenia” who are bent on making unilateral concessions to achieve peace with Azerbaijan.

The ARF Youth Office, in a statement, says such a movement is vital given that the Armenian state is in danger of collapse and that the territories of Artsakh and Syunik are threatened.

The statement says that such a movement will bolster the work of the Armenian National Assembly’s political opposition to oppose the “divisive and destructive policies” of PM Nikol Pashinyan’s government.

The statement says that Turkey and Azerbaijan have joined forces to evict Armenians from Artsakh and that “the superpowers” are attempting to implement programs at the expense of the national-state interests of Armenia and Armenians.

Anto Pashayan 2021-10-22 09:59:21
Everything was fine before Pashinyan. When the Tashnags were friends with the oligarchs, who were owned by Russia, they were always silent, always pro chiburashka. Now, they can hate Armenians and claim to be anti-establishment, what they always crave. They only want to hate and oppose. They never build anything, never contribute to a damn thing. All that diaspora money could have built all sorts of drone technology, infrastructure, and make Armenia a place those with passports would want to live in. But no, they got fat and loved the curruption, Pashinyan spoke obvious truths and the oligarchs feared another red october and surrendered. Now, tashnags agitate, rather than build- as usual. Nothing new with them.