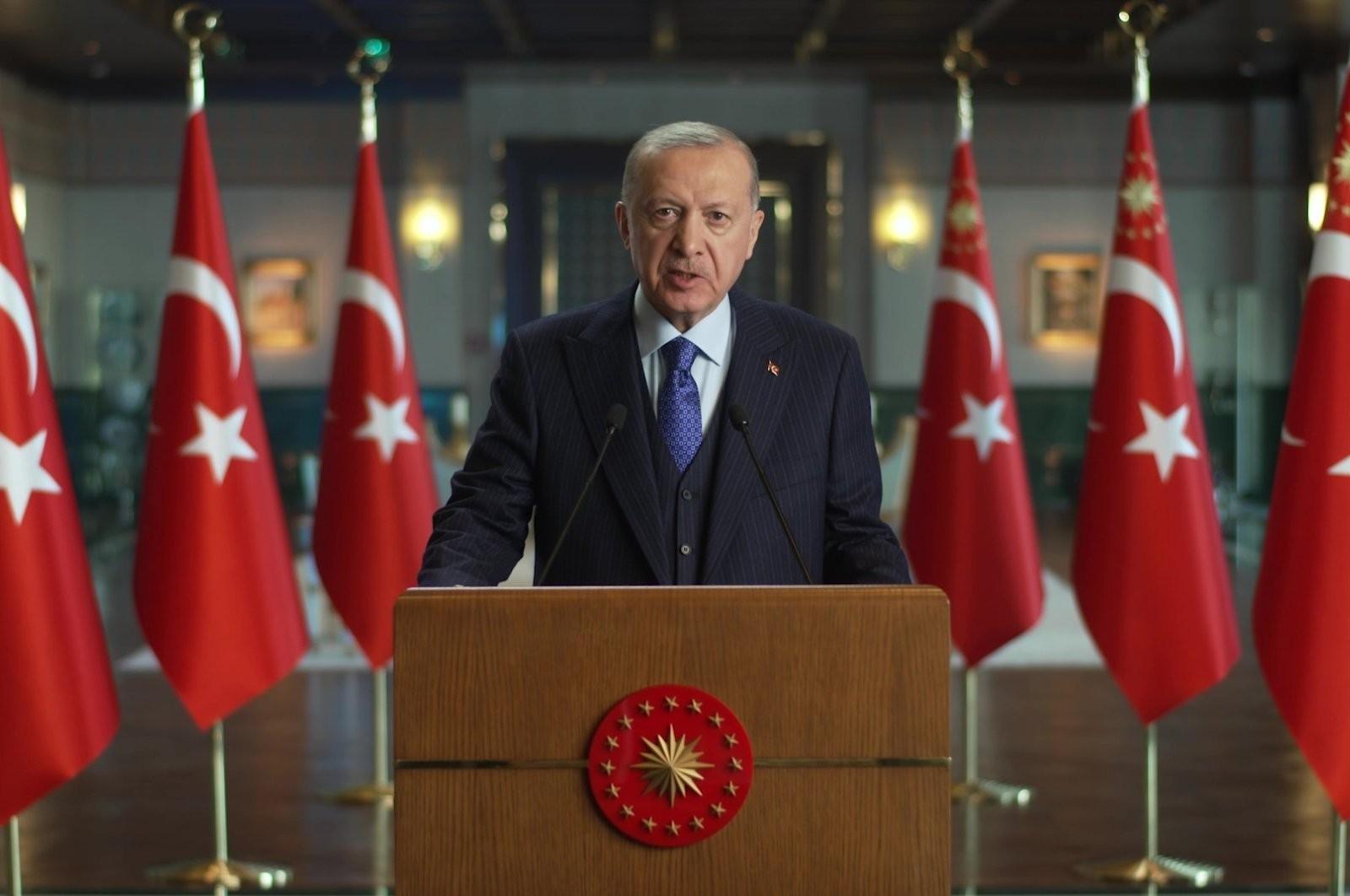 Erdoğan made the remark in a video message addressing the first Media Forum of the Turkic Council taking place in Istanbul.

Using the term ‘digital fascism’, Erdoğan called on Turkish Council member states to jointly resist the flow of lies and disinformation disseminated by “uncontrolled social networks that threatens democracy, society and the national security of states.”

“Our countries must form an independent information system and media, just as Turkey is doing today in the defense and military spheres,” Erdoğan said according to the Anadolu Agency.

“The double standards in the information sphere, which we witnessed during the 44-day war in Karabakh, confirmed the importance of the topic of combating disinformation and lies for all our countries. The Armenian Armed Forces fired ballistic missiles at the cities of Azerbaijan, committed massacres, but the bloody crimes were hushed up and were not covered by the international media. Media structures claiming the importance of freedom of speech and the objectivity of coverage of events, in fact, acted as an analogue of the official news agency of Armenia. The Karabakh war is neither the first nor the last example of an information embargo that our countries will have to face,” Erdoğan said.

The Turkic Council, officially the Cooperation Council of Turkic-Speaking States, was founded in 2009 and consists of Azerbaijan, Kazakhstan, Kyrgyzstan, Turkey and Uzbekistan.