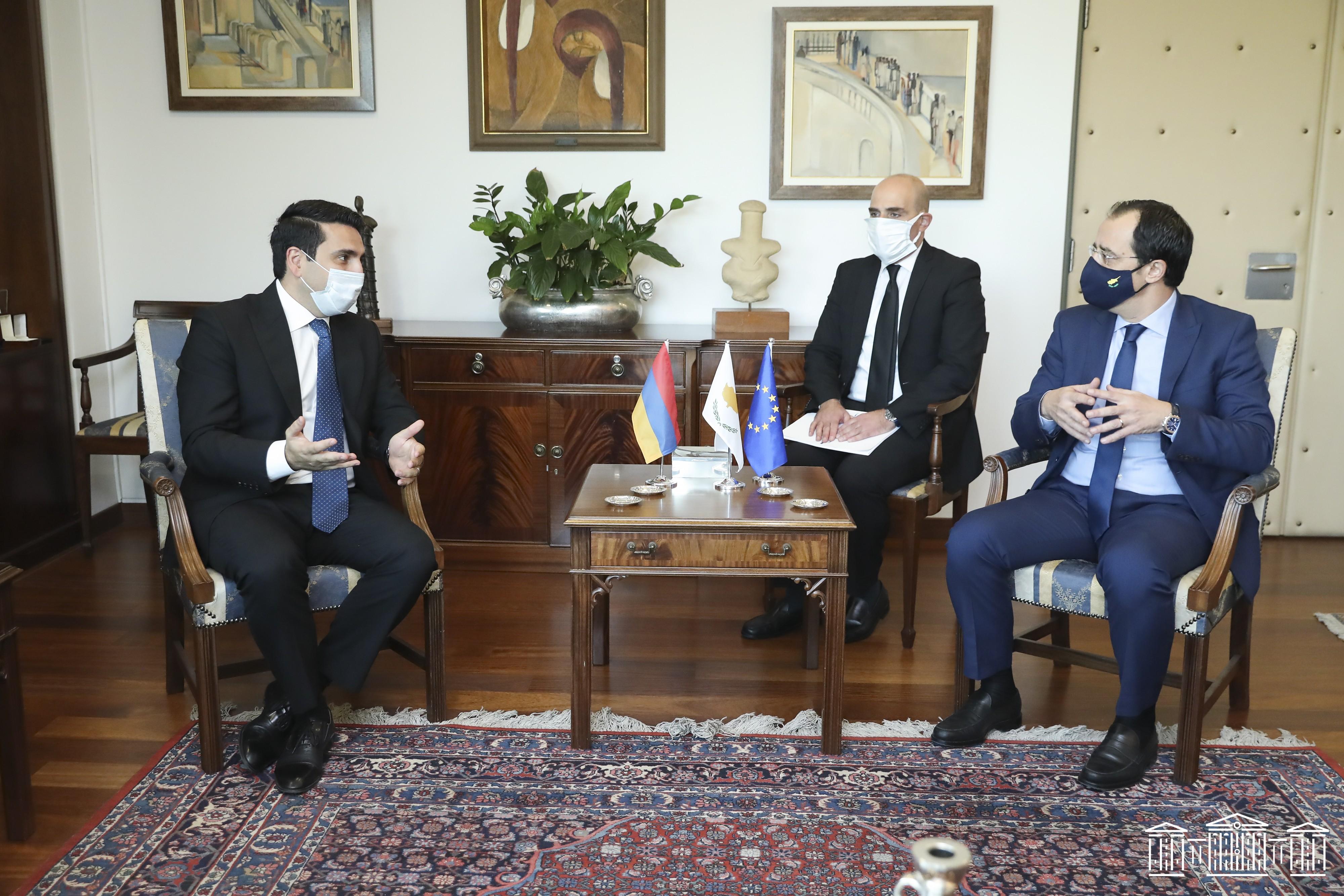 A delegation led by Armenian National Assembly Speaker Alen Simonyan today, in Nicosia, met with the Minister of Foreign Affairs of the Republic of Cyprus Nikos Christodoulides and both sides stressed the need to reach a peaceful settlement of the Cyprus issue.

The Turkish Army invaded the island in 1974 after Greece’s military junta carried out a coup in Cyprus to unite the island with Greece. One-third of the island remains occupied by Turkish forces. Turkey is the only country that recognizes the self-proclaimed Turkish Republic of Northern Cyprus (TRNC)

Simonyan, according to a statement released by his office, said the soon expected launch of the Cyprus-Armenia-Greece parliamentary cooperation format, especially in the situation created after the 2020 Karabakh war, is very important.

In this context, views were exchanged on regional security issues.

The two agreed to do their utmost to further strengthen cooperation and friendship between the two countries.

Christodoulides emphasized the invaluable role of the Armenian community in the public and political life of Cyprus.