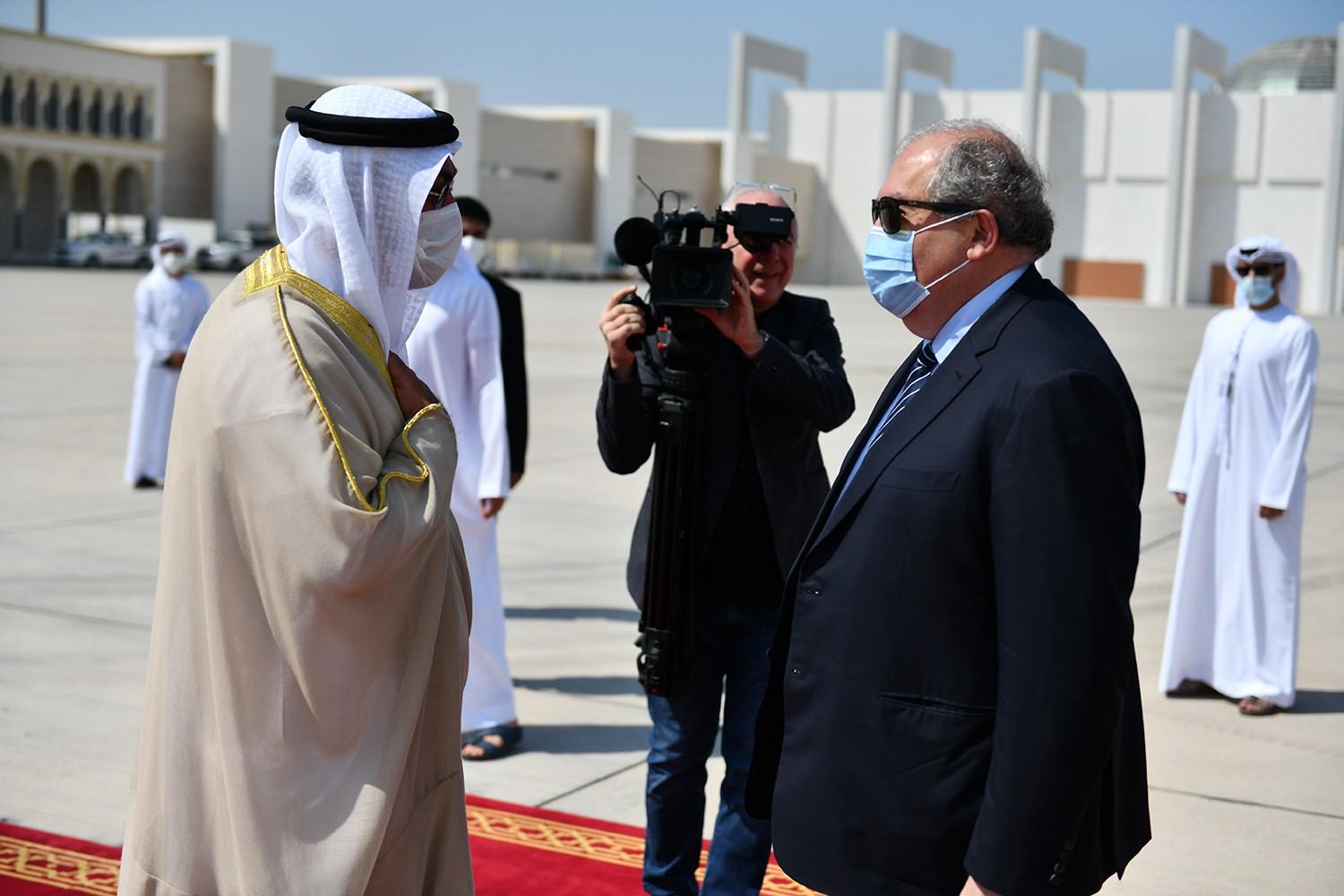 Sarkissian had been in Saudi Arabia where he attended the 5th Conference of the Future Investment Initiative, a non-profit organization run by the Public Investment Fund, Saudi Arabia's main sovereign wealth fund.

President Sarkissian, together with the Crown Prince, Deputy Prime Minister, and Minister of Defense of Saudi, attended the opening ceremony of the conference.

The two, according to a statement released by Sarkissian’s office, noted that the rich historical ties between the two peoples are a good basis for building future interstate relations.

Armenia has diplomatic relations with the UAE, but not with Saudi Arabia.