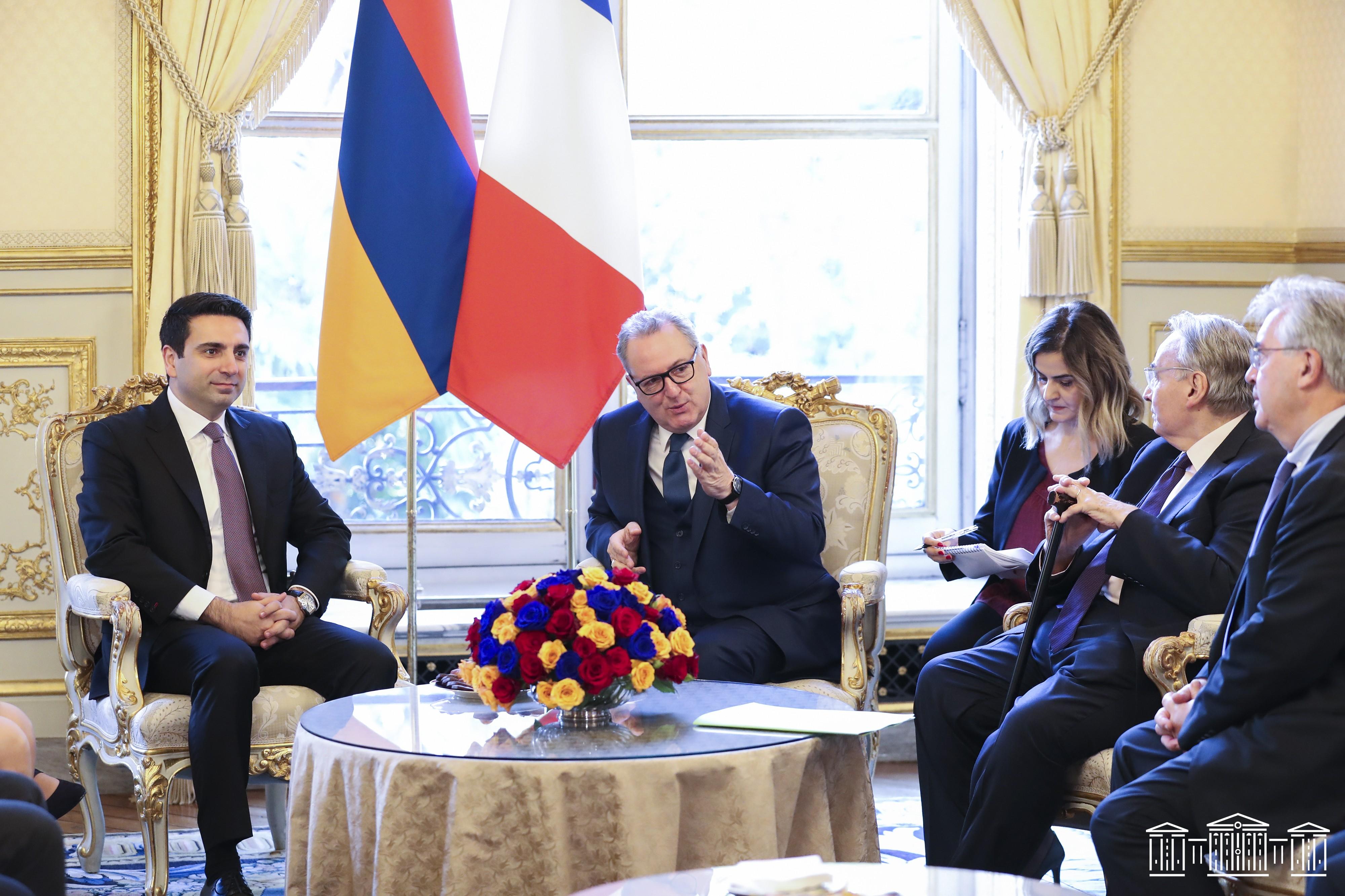 Simonyan, according to a statement released by his office, noted that the latest attacks are a continuation of Azerbaijan’s policy to occupy the territories of   Armenia that began in May of this year.

Simonyan thanked France for the attention paid by leaders of different government branches, as well as public figures, regarding the protection of Armenian prisoners of war, civilians, return of Artsakh-Armenian refugees, and the protection of Artsakh's historical and cultural heritage now under Azerbaijani control.

Simonyan said the resolutions adopted by the French Senate and the National Assembly are an important milestone for a just settlement of the Nagorno Karabakh conflict within the framework of the OSCE Minsk Group and the strengthening of France's active role in that process.

Ferrand said France has been and remains Armenia's friend, regardless of its geographical distance.