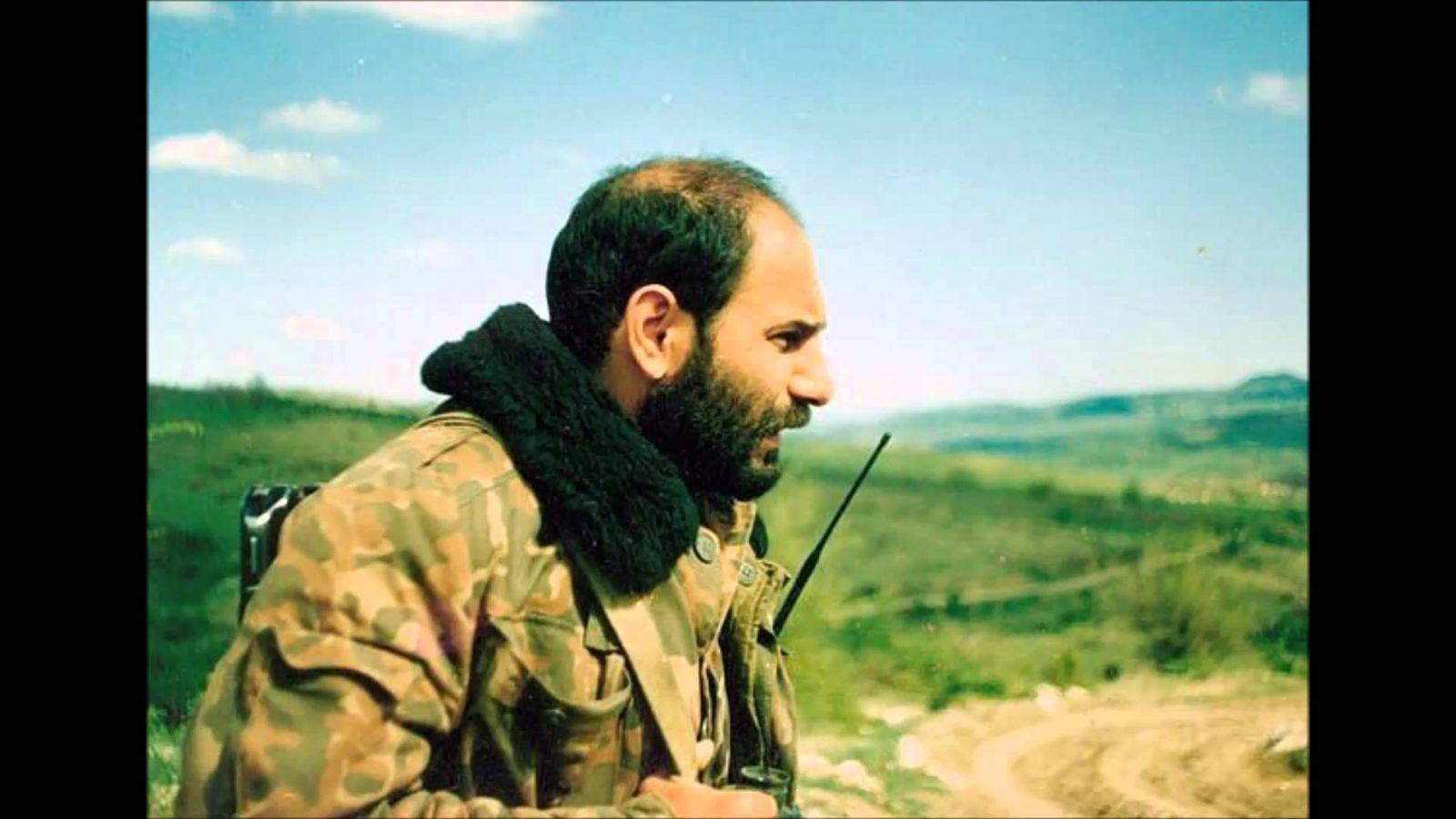 What Monte Would Not Do

During the last year, like any Armenian patriot I, too, examined and reexamined the disaster that befell my homeland and our people. The hundreds of messages I receive continue to ask the same question: "What would Monte do?"

Perhaps we should ask what Monte would not do.

Last November, when the war ended, in view of the numerous victims, the wounded and the lost territories, I thought about the mourning that my small country, with its small population will go through. For countless families, this would be the deceased’s first New Year, first birthday, first all things, and every occasion would be accompanied by a visit to the grave. I thought, in such an atmosphere, there was no place for luxurious weddings or lavish parties. I sincerely hoped that the money allocated for weddings people might use for a good cause to make the situation bearable, or to significantly change someone's life. After all, the moral and psychological condition of the nation and the army is a big issue and showing solidarity is important. As Monte put it in an interview with his friend Edik Baghdasaryan in October 1992, "The economic situation in Armenia is very difficult, we understood the difficulties, but war is the same, war is only difficulty, war is not a pleasant thing. If people think that they can continue their regular life and at the same time go to war, then they are very stupid. We will understand that we will be martyred, we will not eat well, we will not dress well, we will not go to school. Let's not forget, we will put all our energy into the military, we will win, and then it will be better for all of us."

Monte would not waste a second on stacking money or show off. The proof is during the years we lived together we never had a bank account. We did not have money to have an account. After arriving in Armenia and until our wedding, we lived on my university's 110 rubles stipend. With the gifts we received for our wedding, my salary as a lecturer at the University of Michigan Summer Program, and the pay I got for odd jobs here and there, we collected $ 5,000 to buy an apartment. This was our most financially secure period. But we were the richest people.

Monte would not waste time on cultivating hatred. He believes in the equality of nations. Every nation has rights. There are bad governments, but not bad nations. "I am absolutely not a nationalist (I am very much against nationalism) and I do not have any prejudices ... For me, each person should be judged by their ideas, principles, deeds and way of life, not by their origin, etc." he wrote to me from prison.

Chauvinism was unacceptable to Monte. "Our people, as a people, despite having bad elements, is good overall. I am very happy to be Armenian. Armenian culture is good, it’s good to live the daily life of an Armenian. I will never say that the Armenian people are better than any other people. No, that kind of thing is not right. Furthermore, that shouldn’t even be a question. Just about every nation has its own characteristics, and the types, and the multitude of these characteristics are the wealth of humanity in the world," he wrote. I will also disappoint many people who lean toward racism. Not only Monte did not believe in, but he was very much against racism.

Monte would not hesitate because of fear. In April 1993 we were sitting in the canteen of the headquarter when the sound of a military plane was heard. Seeing the man sitting in front of me bent, I too ducked. After the noise was gone I looked up, Monte hadn’t moved. He smiled and asked, "Were you scared?" In 1986, when I traveled contrary to his advice, he wrote, "In any case, I am very glad that you have no fear, because fear only puts stupid limits on a person. But always remember that smart calculations and fear are not the same thing. Smart calculations do not limit you, they limit your mistakes. There is a big difference."

Monte did not expect anyone else to do his job. He was aware of his civic duty and did not rely on others. "... I like principles, so let's go back to an important principle about social change. In order to change anything in the society, people who are directly interested must take the initiative. The change should not be expected outside the group. In our struggle, we understand that this means we should not wait for the United States, France, the United Nations or Turkey to solve our problems, but we (the Armenian people) should solve them ourselves," he wrote.

Monte would not disrespect an individual for their religious, racial or gender identity. He often repeated to me that our only difference is our physical strength. "It's unfortunate when people, especially good and intelligent people, set arbitrary boundaries on themselves. This is a loss of much-needed human strength. Our people need every patriot. Armenian women are as Armenian as Armenian men, so their role must be the same," he wrote to me in 1988. Moreover, he stated that "... the level of consciousness of men and women is almost equal. In a way, at least in terms of education (education level and consciousness are not necessarily the same thing) Armenian women are often higher than men.” Monte would not underestimate the enormous role that women play in improving a situation.

Today, the need to repeat these quotations is felt more than ever. Certain groups have found fertile ground in our homeland to spread extremist ideologies disorienting our depressed nation, which has suffered immensely during these difficult times. The name of Monte, who was absolutely against lies and falsification, is often used during this extremist propaganda. Let us evaluate the events and the players correctly and, learning from our mistakes, finally focus on the most important issues. Along with arming, boosting the young servicemen’s morale high and supporting them plays a big role in keeping the gates of our country strong and secure. This would be Monte's biggest priority.

Tovmas 2021-12-02 12:19:16
Following this thread of comments, maybe Seda should have written what she believes , as a "patriot", should be done to get Armenia on the right track following 30 years of mismanagement and ineptitude that resulted in the 2020 war. It appears that many value what she has to say given her relationship with Monte. I think such an approach would be more beneficial. Those seriously interested in Monte's perspectives on a host of matters can be culled from his own writings that are available, in Armenian and English.
Ruby 2021-12-02 07:31:03
Seta thank you for sharing this insight and perspective.
Vahe G 2021-11-28 14:59:47
Thank You for writing this article and within it giving us insight into our glorious hero Monte. I am happy to know the person we look up to and look to for answers was through and through an honorable person. May he rest in peace, and to Seta and Markar and Monte's loved ones, thank you for having the courage to continue.
Arsen 2021-11-28 12:46:54
Dear Markar, I agree with you that Seta's article attempted to underscore the need for Armenians to veer away from finding solutions to the post-war challenges now facing Armenia by turning to historical figures of the past and showcasing their "patriotism" as exemplars of what Armenians must to today. This affliction, naturally, is a result of the absence of any rational and objective analysis of Armenia's past mistakes and current moribund political thinking. The fact that so many Armenians have wriiten to Seta, asking her what Monte would do today, had he lived, surely underscores this lack of critical thinking so rampant in Armenia and the diaspora. It's as if people have been relegated to observers of developments rather than proactive players in the processes now taking place. It would have been great had Seta, in her article, explained that people, rather than asking what Monte or Nzdeh, would do today, should look within and forge their own perspectives given that they themselves are experiencing a host of issues on the ground in Armenia. This tendency, by so many Armenians, to seek solutions by assuming what this or that Armenian historical figure would do today is regrettable and needs to be addressed.
Ara 2021-11-28 05:25:31
Thank you Seta for your thoughtful soliloquy .Your are right, Monte would have done his outmost to keep "gates of our country secure" and anguish over all that is lost in Artsakh.
Markar Melkonian 2021-11-28 02:17:41
Arsen, You're right, of course, that if Monte were alive today he would have developed new perspectives. He did this time and again during the course of his life; indeed, his ability to learn from life and from books, and then to put this learning into action--this was what led him to the theory of praxis in the first place. For this short occasional article, though, it would have been inappropriate to try to broach the topics of praxis and dialectic--and from my experience, for what its worth, the attempt to do so would have been ineffective. Yes, sure, Monte would have changed. But people who knew him know that he would never have reverted to a perspective of chauvinism or to a theory of male supremacy. Moreover, the perspective he called patriotism--which Seta describes so well--was unshakable. Seta devoted a large part of this short article to the danger of proliferating rightwing extremism in Armenia. Arsen, surely you wouldn't include this in what you describe as a "static emotional bubble." I should also mention, at the risk of sounding self-righteous, that It's difficult to imagine Monte not disapproving of the ostentatious displays that took place even before the first anniversary of the 44-Day War. We had better hope that the work of promoting these these values is not in vain.
HAGOP 2021-11-27 19:03:56
LIKE MONTE NOW AND OTHER LEEDERS BEFORE HIM SAY THAT UNITY AND STRONG MILITARY IS WHAT ARMEEENIA NEEDS!!!!!! NO RELY ON OTHER NATIONS!!!!!! ONLY RELY ON ARMEEENIAN PEEEOPLE AND ARMEEENIA!!!!!!! TOO BAD ARMEEENIAN LEEDERS TOO GREEDY AND CORRUPT!!!!!!!! SAD!!! SAD!!!! SAD!!!!!!!
Arsen 2021-11-27 11:19:56
A poetic, vague and, ultimately vain, attempt to visualize what Monte would do today. Monte, was a believer in the dialetic, the praxis of theory and action, and this article has little to say on the matter. Seta's quotes of Monte 35 years ago bring little to the table in terms of Armenia's current woes. Some might find a degree of solace and inspiration from these "recollections", but the article does a disservice to Monte by trapping him in Seta's stagnant emotional bubble of her "past" Monte. The man she knew, had he been alive today, would have changed, developing new perspectives and theories to confront changing times.