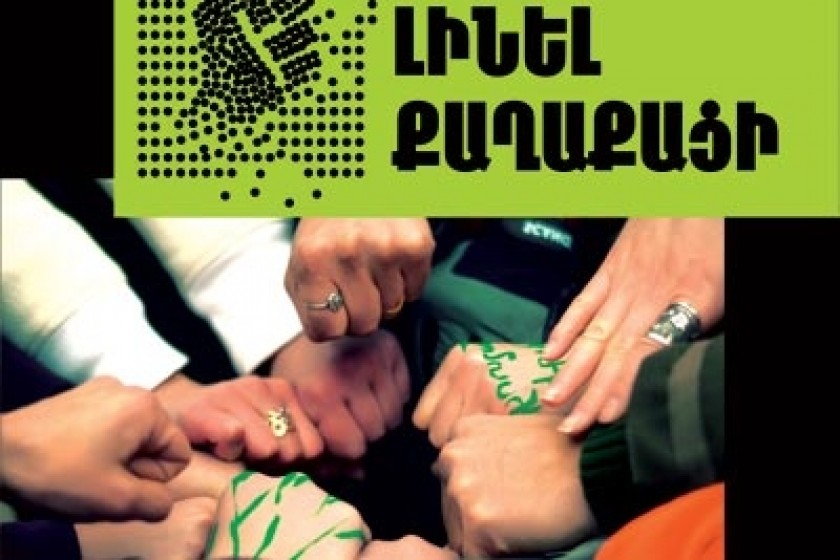 Arevik Martirosyan’s Documentary Film “Be a Citizen” to Premier Today at 8pm in Mashtots Park.

Arevik Martirosyan’s documentary film “Be a Citizen” will premier today at 8pm in Mashtots Park.

The 31 minute film is all about showing citizens the inherent power they have to change things based on their own resources - simply put: if there is a will there is a way.

The documentary highlights citizen initiatives that have sprouted in Armenia during the past few years in an attempt to create alternate public spaces for discussion, debate and action.