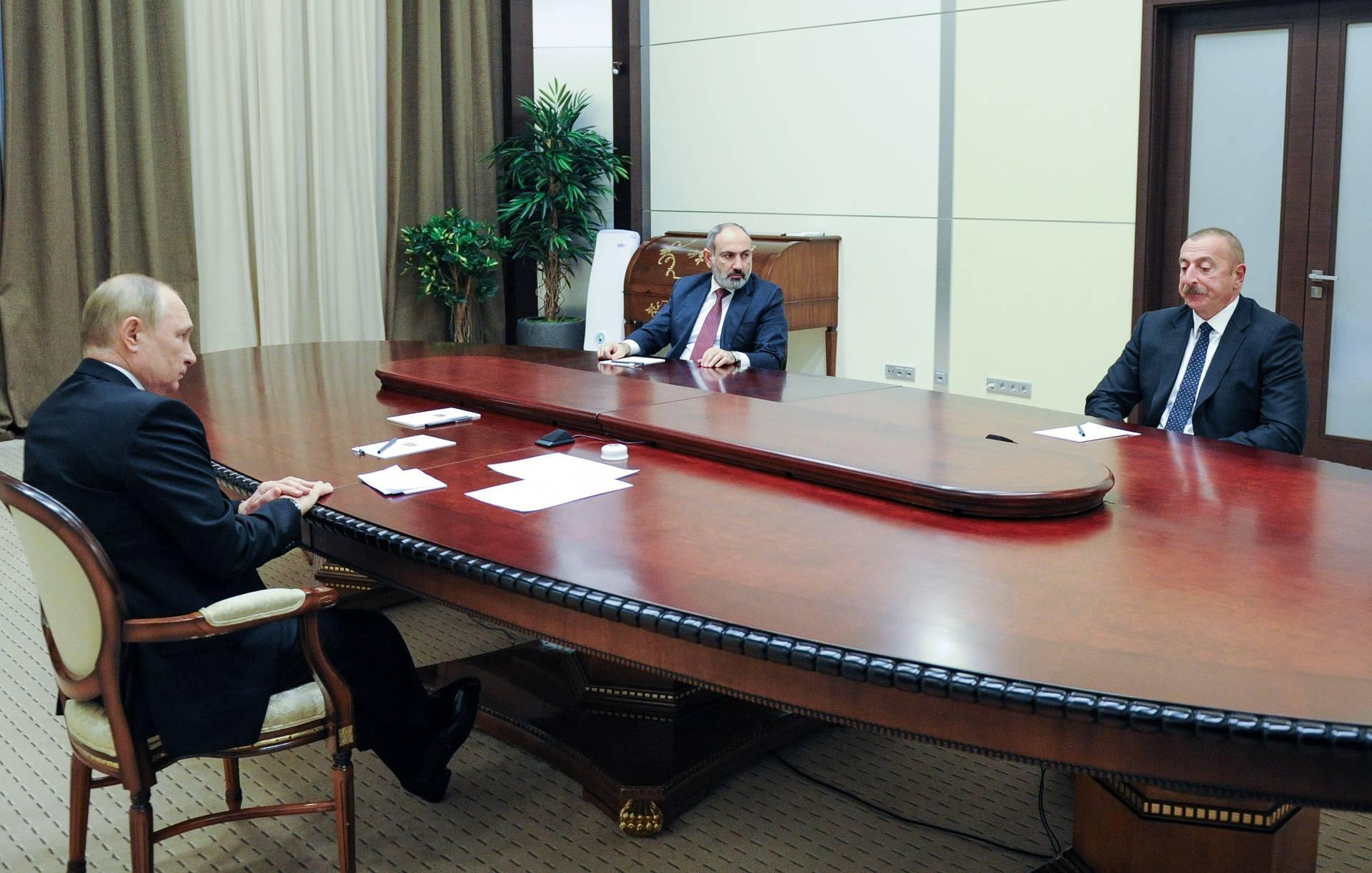 Opening today’s meeting in Sochi with the leaders of Armenia and Azerbaijan, Russian President Vladmir Putin said the conclave is tasked with creating conditions for the “revival” of Nagorno Karabakh.

During the televised opening, Putin did not specify what he meant by “revival”, nor did he touch upon the issue of Karabakh’s status.

Putin said he hoped that it will soon be possible to make decisions reopening transportation arteries in the South Caucasus, adding that Russia, Azerbaijan and Armenia should strive to strengthen ties, and not destroy them.

Pashinyan, in his opening remarks, said that Armenia is ready to demarcate the border with Azerbaijan despite ongoing Azerbaijani incursions into Armenia.

Pashinyan said that he disagreed with Aliyev’s claim that all points of the trilateral statements, except for the reopening of transport links, have been implemented.

Pashinyan stressed that the Karabakh issue must be resolved within the framework of the OSCE Minsk Group.

Aliyev welcomed Russia's role in determining the borders between Armenia and Azerbaijan.