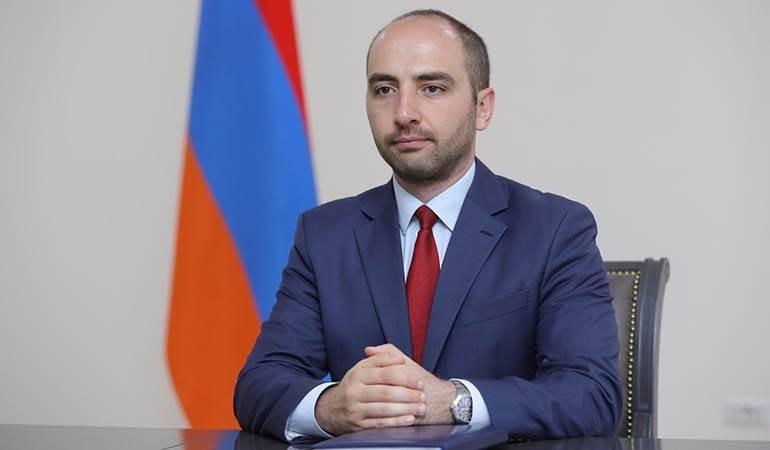 The Armenia Ministry of Foreign Affairs, in the following press release published today, says that Foreign Ministry Spokesman Vahan Hunanyan answered several media questions regarding the November 26 meeting in Sochi attended by the leaders of Russia, Armenia and Azerbaijan.

The statement does not specify which media outlets filed questions with the ministry.

Second, the November 26 statement in Sochi reaffirms the provision of unblocking all transport routes and economic ties in the region registered in the January 11 2021 statement.

Thirdly, according to the declaration, an agreement was reached to take steps to increase the level of stability and security on the Armenian-Azerbaijani border. And the primary and most important step in that direction should be the implementation of steps aimed at reducing tension.

We are convinced that the full implementation of the provisions of the trilateral statements will contribute to the peaceful settlement of the Nagorno Karabakh conflict under the mandate of the OSCE Minsk Group Co-Chairs.