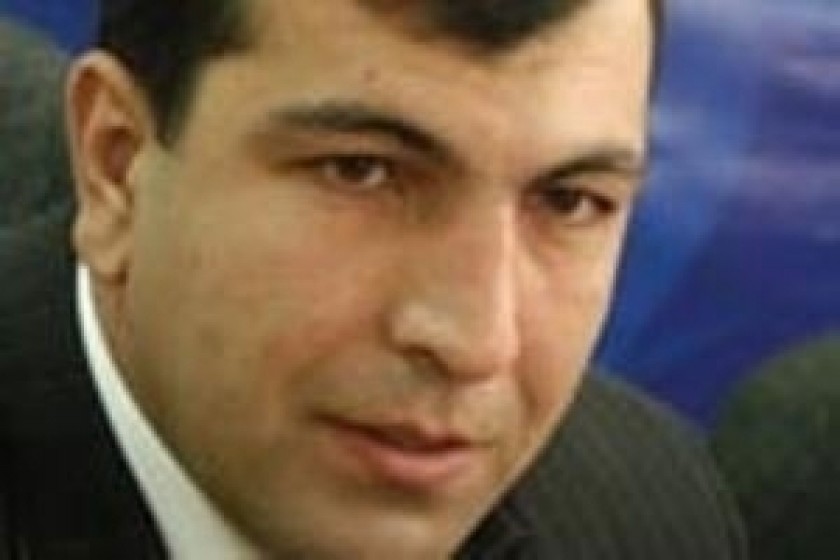 At the request of the France-based NGO “Yerkir Europe”, international legal expert Dr. Fernand de
Varennes has prepared a new and thorough report on the human rights case of Vahagn Chakhalyan, a well-known public figure and one of the more visible leaders of the Armenian minority in the Javakheti region in Georgia.
The report entitled “The Perils of Being a National Minority: Human Rights and Chakhalyan v. Georgia”,presents a detailed overview of the events in Javakheti and Georgia leading up to Vahagn Chakhalyan’s arrest and trial, as well as the country’s political context before and after the trial which have affected the Georgian authorities’ treatment of and policies toward its Armenian minority.
One of the main sections of the report is devoted to the rights violations which occurred both prior and during the trial of Vahagn Chakhalyan and members of his family, which flagrantly violated a number of basic human rights, especially in relation to a fair trial.
Vahagn Chakhalyan’s case is currently before the European Court of Human Rights in Strasbourg.
The full English text of the report can be downloaded here:
About the author of the report
Dr Fernand de Varennes is a visiting professor in human rights at Peking University in China, the Faculty օf Law and Shari’ah at the Maldives National University in Malé, Maldives, and the University of Pretoria in South Africa. He is also a scientific advisor with the Observatoire internationale des droits linguistiques at the Université de Moncton, Canada. Dr de Varennes holds an LLB from the Université de Moncton (Canada), an LLM from the London School of Economics (UK), and a Dr Juris from Maastrciht University (Netherlands).A legal expert in comparative and international human rights dealing with minority or language matters, he was awarded the 2004 Linguapax Award (Barcelona, Spain) in acknowledgement of his work in the field of linguistic diversity and multilingual education. Dr de Varennes author of some five books and 150 scientific articles and reports in 26 languages, dealing mainly with language and minority rights, he prepared in 2012 a study on the language rights of indigenous peoples for the United Nations’ Expert Mechanism on the Rights of Indigenous Peoples.
He has also worked with numerous international organisations such as the United Nations’ Working Group on the Rights of Minorities, UNESCO and the OSCE on language issues. Dr de Varennes is chair of the language rights working group for Linguapax (Barcelona, Spain), editor-in-chief of the Asia-Pacific Journal on Human Rights and the Law, and has been on the advisory board of numerous other journals and research centres around the world.
Dr de Varennes was one of the experts who collaborated in the drafting of OSCE-sponsored initiatives, under the guidance of the former OSCE High Commissioner on National Minorities, Max van der Stoel, on a series of influential documents dealing with the rights of minorities: the Lund Recommendations on the Effective Participation of National Minorities in Public Life, and the Oslo Recommendations regarding the Linguistic Rights of National Minorities.
#Վահագն Չախալյան