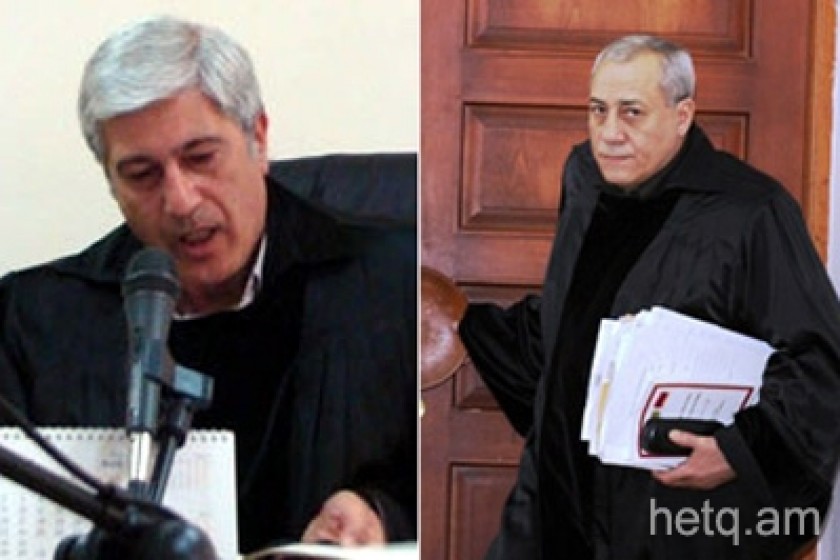 Diaspora Odyssey: "Come Home" So We Can Cheat You

Caroline Baghoumian is an American-Armenian who has thought about moving to Armenia.

In 2004, via the internet, she found a rental apartment and made the move. Caroline was handed the keys by Nunufar Hovhannisyan, a woman who was looking after the place

Nunufar told Caroline that she was employed in construction, had connections, and could make her dream of living permanently in Armenia come true.

“I entered into an agreement with Nunufar Hovhannisyan to find me a plot of land on which to build a house. I gave her my power of attorney to conduct whatever transactions were necessary. In total, I handed over $539,000 to her in bank deposits and cash. Nunufar doesn’t deny the amount,” Caroline says.

In 2005, Nunufar Hovhannisyan purchased a 550 square meter plot of land at 80/1 Nork 13 Street for $45,000. (It later turns out that the purchase price was actually $38,000-Ed) Work on the house soon started. Over time, Nunufar kept demanding more money from Caroline to finish the house but it remained unfinished. According to the chief of the Yerevan Municipality’s Department of Construction and Land, an on-site inspection revealed deviations from the blueprint. In December, 2010, the building was assessed at 114 million AMD. In other words, some $200,000 less than what Caroline had handed over to Nunufar was actually invested in the construction.

After getting wind of this, Caroline decided to stop her collaboration with Hovhannisyan. The latter, however, argued that Caroline still owed her unpaid wages and went to court, demanding that $40,000 plus penalties be seized from Caroline and given to her.

Caroline was thus caught in the tangled web of the Armenian court system.  They say that to truly understand the current reality in Armenia one only has to spend a day in the courts.

“I asked her why she was demanding $40,000. Maybe I owed her $60,000. For the past 2 ½ years I’ve been asking for sales receipts, invoices, any type of documented proof. But this has no relevance for the judges,” says Caroline. “The most honest judge I ever saw her was Narine Barseghyan from the Appeals Court. She gave Nunufar one week to come up with the paperwork. Nunufar never showed up so the case was returned to the lower court.”

More interesting are the actions of Judge Edik Avetisyan of the Kentron and Nork-Marash District Court. Nunufar’s attorney gave the judge a document alleging to be a “reconciliation agreement” between the parties in which Caroline states that she actually owes the $40,000.

“In court, Avetisyan asked me if I accepted this. It’s all been recorded. I tell him no on five occasions. But the court verifies the fact that I accept the reconciliation statement. But the judge decides not to attach the reconciliation paper to the file which he must,” says Caroline. The higher courts let the decision stand.

The unfinished building still hasn’t been registered but the land is in Caroline’s name. At the demand of Nunufar, the plot can be seized and put on auction to obtain the $40,000.

In the meantime, it is revealed that Nunufar has no construction license, maintained no accounting files, and never entered into a construction contract with anyone.

It also comes to light that Nunufar Hovhannisyan is the daughter of Judge Gayane Karakhanyan’s aunt.

Caroline’s attorney, Gevorg Chakmishyan, says that the absence of a construction contract is sufficient grounds to nullify the construction process.

“In other words, Caroline gave money with which Hovhannisyan performed an invalid transaction. So be kind and return the money. If the money was turned into a building, then hand over the building. This is our grounds for going to court,” says Chakmishyan.

The lower and upper courts have stated that the power of attorney is sufficient grounds for not looking at subsequent transactions. Chakmishyan says this is a kindergarten level legal mistake that was done on purpose.

The attorney says that they have petitioned the National Security Service (NSS) and the Police to look into the matter of fraud. The NSS hasn’t responded and the police have started an investigation but no criminal case has been launched.

Caroline Baghoumian has gone to the Ministry of the Diaspora and the Justice Ministry for assistance. Nothing has changed. A petition was also sent to the President’s Office and they say it has been duly received.

Caroline says that when the police went to detain Nunufar Hovhannisyan, Judge Karakhanyan intervened and the president signed an order to drop the case.

Caroline then wrote the following to President Sargsyan.

“I don’t want to wind up sharing the same fate of those Diaspora Armenians who’ve encountered cheats here and left the homeland after sustaining losses...”