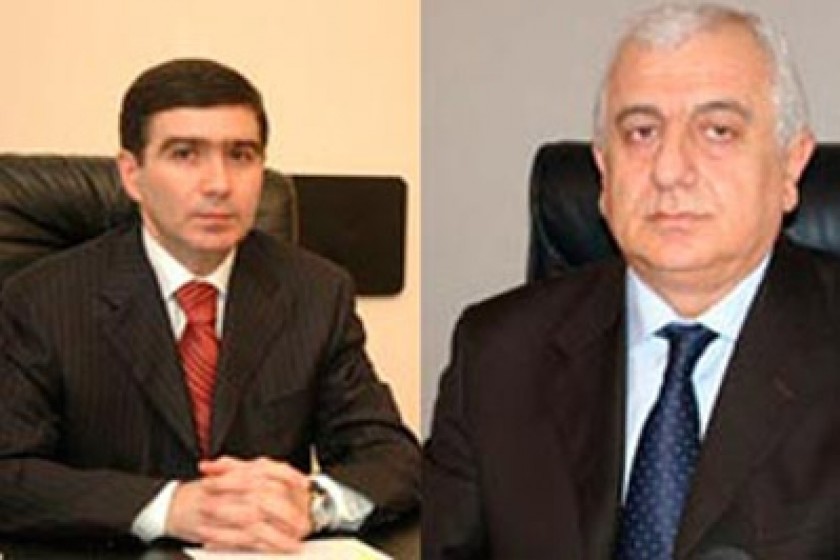 Armenian Tax Officials Who Get Rich by Beating the System

Why were Artashes Beyboutyan and Roubik Kocharyan, deputies of the president of the State Revenue Committee, exonerated and free? It still remains unclear.

Kocharyan got another job in the Committee and Beyboutyan remains jobless; for now.

I say, for now, because it’s a temporary situation. The man is wealthy and rich guys in Armenia don’t stay idle for long.

And if he became rich through abusing his official post, the system won’t toss him out. The system needs "professionals" like him.

You would hear people say that Beyboutyan is a stand-up guy, a representative of the new generation with a college degree. So how did he obtain his wealth?

According to press reports, the sales receipts handed out in his various companies (Palermo, Aldo, River Island and Next) were all fake. That’s to say customers were give receipts, but they were for show only. This was the way business was conducted in stores belonging to a state official.

An official whose job it was to collect taxes for the state. Turns out the guy was taking the state for a ride. And now Beyboutyan has been released from incarceration. He has the resources and contacts in high places to remain free for the foreseeable future.

He is especially tight with Vache Ghazaryan, who heads the presidential security team. Rumor has it that the two would play cards almost every day before Beyboutyan was caught with his hand in the cookie jar.

Beyboutyan is also a shareholder in the SAS Group supermarket chain. He was able to "fix" the computer cash registers in the stores so that, at the end of the day, management could ring up any version of revenue numbers.

A Hetq government source says that up to 70% of daily revenues were hidden in the financial scheme. And Beyboutyan was the mastermind.

No wonder they say that Beyboutyan is a closet billionaire. Well, maybe not a billionaire but the amount is besides the point.

Suffice it to say that the man is wealthy enough to avoid any jail time. He’s a front line professional soldier in Armenia’s state system of corruption.

So now do you understand why the country isn’t moving forward? Do you now understand why 40% of the population lives in poverty, why pensions are so paltry and why the public doesn’t trust or believe in the government?

PS - Tax inspectors have been conducting audits at the supermarkets for the past few days now. But what will change?

At best, they’ll bring the 70% number down a few notches just to show they’re on the ball.