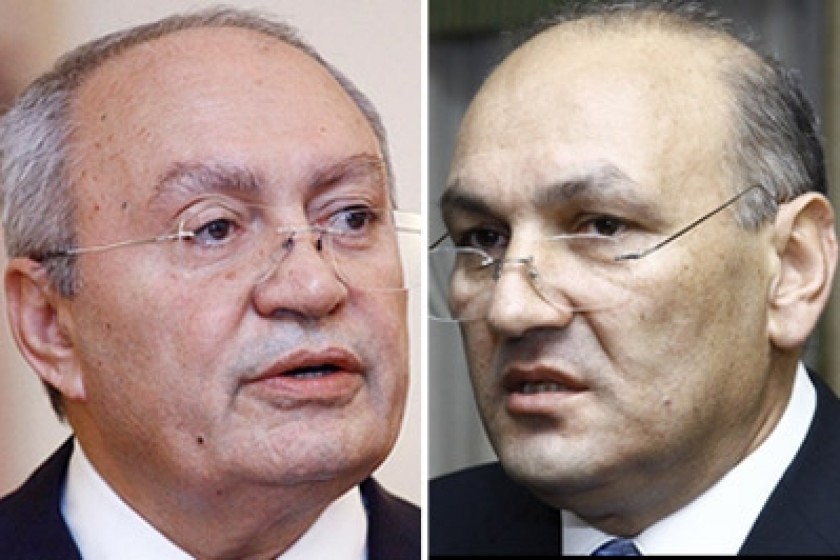 Of course, Armenia’s State Revenue Committee works well. In fact, it can be said that this tax agency works in excellent fashion.

In a tiny village in Gegharkouniq Province, local tax inspectors unearthed a 78 year-old woman and charged her with avoiding tax payments. They have fined the senior 500,000 AMD. This can be considered a death sentence for the woman.

It’s all part of President Sargsyan’s drive to eliminate corruption.

Don’t be surprised if the State Revenue Committee (SRC) includes this incident in its financial reports as a prime example of how the government is going full steam ahead to expose those attempting to swindle the government.

Director of the SRC Gagik Khachatryan will most likely present expensive watches as gifts to the tax inspectors who tracked down the old woman for a job "well done". Khachatryan will probably buy the watches from his son’s store. Best to keep it all in the family.

Diaspora Armenians investor Edmond Khoudyan says his company Arin Capital hasn’t paid $1.5 million in owed taxes. He adds that the head of the Spandaryan Tax Department was aware of the non-payment.

Khoudyan has named names of co-conspirators within the tax agency but so far no criminal charges have been brought. After numerous complaints and petitions by Khoudyan, criminal charges of premeditated bankruptcy were brought and law enforcement has deemed this to signal the end of their work.

To date, no one has been regarded as a suspect, or a victim. Today, officials of various levels reside in the building where the apartmen6ts had been sold, thus creating a tax liability.

These apartments are registered in the names of family members and friends. The real owners are concealed under a mound of diverting paperwork.

The actual owners got these apartments on the cheap and on the sly, through their government connections.

This is a financial quagmire created by the government itself. It’s a self-sustaining network well protected by various officials who feed at its trough.

"The President of the SRC and the General Prosecutor are hindering the examination of my case. Lernik Hovhannisyan, the investigating prosecutor, is doping all in his power to sideline any investigation. And the pillage is continuing even while the case is being examined. I really don’t know who in Armenia I can turn to next to put a halt to these illegalities," Khoudyan told Hetq.

His lawyers say they have reached the end of the legal rope and that the system itself is powerless.

Khoudyan defiantly declares that he will fight on until justice is served.

But what can lawyers and investors achieve when the laws don’t work.

I’ve been thinking that the government should adopt a plan similar to the campaign to get businesses to issue sales receipts to customers.

It could, perhaps, issue "plunder permits" to state functionaries and other bureaucrats.

They would be similar to  "Get Out of Jail" cards in the board game Monopoly.

The permits would eliminate all the fuss and confusion, and the average citizen in the street or foreign investor would know for sure that they are dealing with a bunch of crooks.