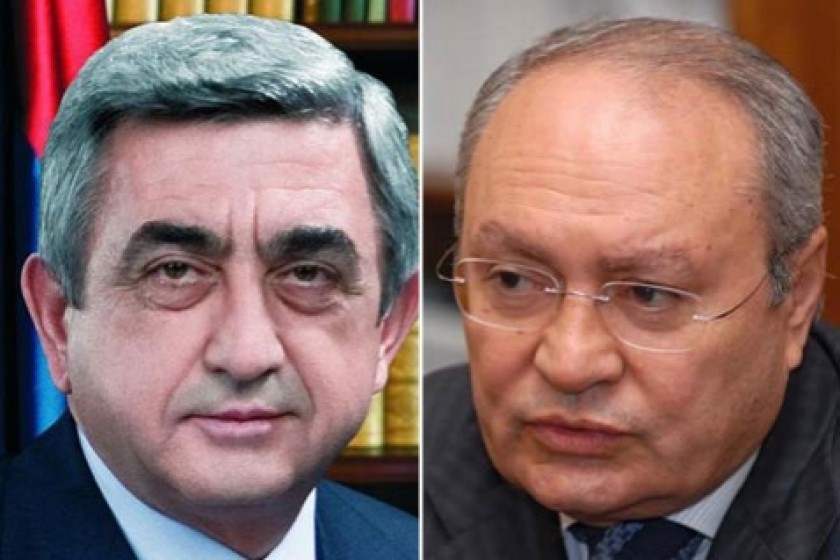 Hetq has spent the last seven months tracking the trail of $170 million in loans received by the Nairit Plant to ostensibly get up and working again.

The money has literally vanished under the eyes of a government that daily proclaims to struggle against corruption and all its social ills.

Readers will surely remember the lofty speeches made by President Serzh Sargsyan last year at various government sessions, the Ministry of Defense and the Prosecutor General’s Office. “We must wage a relentless struggle against corruption in all its forms,” he boldly announced.

Sadly, our government officials didn’t get the message. More likely they didn’t believe in its sincerity.

It turns out that our government is capable of “making money” everywhere and from every possible situation. They even steal from orphanages, old age homes, psychiatric wards and the army.

Even after Serzh Sargsyan's litany of speeches, no one has been held accountable. No large-scale corruption cases have been brought to public scrutiny.

This just goes to show that law enforcement simply gives no importance to what the president has to say on the matter. Thus, we can speak and write about how they cheat and rob us, how they bribe to get lucrative government contracts, how they avoid paying taxes, how this and that, till we turn blue.

But naming names is a no-no, especially when the culprits are high-level government officials, members of the diplomatic corps and state ministers.

Even when we lay out the evidence in clear and concise fashion, our Prosecutor General can’t lift a finger. Aghvan Hovsepyan can’t take independent action without being instructed to do so. If he does, he might be the next victim of the system.

Hovsepyan has to protect his own interests and understands that the best way to do this is not to meddle in the affairs of others.

Thus, when it comes to the Nairit Plant scandal, he has no choice but to keep it under wraps.

Hetq has collected the bits and pieces of information surrounding the scandal like a jigsaw puzzle. What we end up with is a fairly comprehensive picture of all the nooks and crannies in which the millions of dollars of Nairit loans and other funds have disappeared like sinkhole victims.

We’ve laid the issue on the table for all to see. But the government and law-enforcement continue to turn a blind eye.

Soon, we will publish the last in our series of investigative articles regarding Nairit. Law enforcement cannot avoid seeing the facts staring them in the face. They prove that a number of criminal laws have been violated – money laundering, bribery, abuse of state power, etc.

In the final analysis, the government of Armenia is to blame; specifically the Minister of Energy and Natural Resources. Why? Because it holds 10% of the shares in Nairit Plant.

The government knew of the scores of offshore and Russian-based enterprises that Nairit created to siphon off the money and of the bank transfers involved.

Vahan Melkonyan, the Interstate Bank representative in Armenia, who also served as the Managing Director of Nairit when the loans were received, can testify in detail as to mechanism involved.

Our efforts to get the Nairit issue raised in the halls of the National Assembly have yet to meet with success.

Through this loan fiasco story, the public will also realize how Armenia’s foreign debt is piling up. This is because it is already clear that the all the debts of the offshore Rhinoville Property Limited have been assumed by Nairit Plant CJSC.

It will soon also become apparent that those debts, in turn, will be assumed by the government of Armenia. Court proceedings have already begun in Russia, and the defendant is Nairit Plant CJSC.