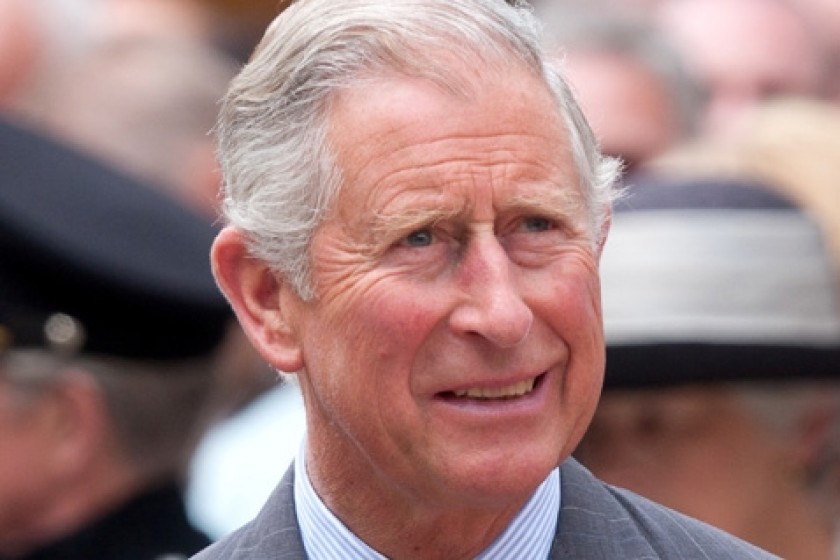 Open Letter to Prince Charles of Wales: “British Investments in Amulsar Gold Mine Go Against Your Ideas”

We welcome you in our country and wish you pleasant impressions. We understand that your visit is private, however we would like to draw your attention to a number of issues linked with the person inviting You and the activities of a British private company. These issues  are of high concern to the public of Armenia and us, the undersigned.

Armen Sarkissian, upon whose private invitation you have visited Armenia, is a member of the Board of Governors of newly established Lydian International mining company. He has in the past worked for the European Bank for Reconstruction and Development, which along with the International Financial Corporation of the World Bank Group currently co-finances Lydian International. The latter plans to exploit a gold mine in the vicinity of a well-known health resort located in the South of Armenia. While only a section of the formal licensing processes for gold exploitation has been completed, the Armenian public questions the decisions made so far and finds this project illegal.

We know that You have embarked upon large environmental activities, You are advocating for forest conservation, You are also one of the donors and honorary President of WWF in Britain. We, therefore, would like to inform you that the mining activity by a company registered in Channel Islands of the UK and with the participation of Your friend Armen Sarkissian is a real disaster for the population and biodiversity of Armenia.

There are no forests in Amulsar, although our government and private companies would destroy them for mining, as they did in the north of Armenia in the case of Teghut. There are, however, in Amulsar and its periphery a number of endangered species of flora and fauna registered in Armenian Red Lists, including Caucasian Bear, Armenian Mufflon, Bezoar Goat. These data are according to the field studies of WWF Armenian branch.  The Armenian legislation strictly prohibits any economic activity jeopardizing endangered species registered in Red Lists.

We would also like to emphasize that the mine is located in an area that was in the process of planning and mapping as Jermuk National Park up until 2008, when all these processes suddenly stopped with the discovery of the gold mine. According to the Jermuk National Park feasibility study contracted by WWF to a private consulting company in 2012, it would have been possible to ensure an equal influx of income by boosting the already developed tourism as is expected from the exploitation of the mine without jeopardizing the environment and poisoning Armenia suffering from the negative impacts of mining elsewhere.

Mining is not included in any of the development plans for this area and contradicts the municipal decision of the most proximate town of the area, Jermuk, which is a health resort.

Jermuk is a world-renowned mineral healing water and there is no projection on what impact mine explosions will have on these surface and underground waters. The mine is also located in the catchment area of what we call the gem of Armenia, freshwater Lake Sevan. This lake is protected by law and any economic activity in the basin of the lake is prohibited. The largest threat to Lake Sevan can be as a result of an earthquake or a manmade disaster, when the toxic materials or waste will leak into its tributaries. The disasters are not excluded, given the fact that the planned mine is located in a tectonically active zone where earthquakes of 10 points by Richter scale are possible.

Persons close to you will try to persuade you that British investments are very needed in Armenia, they create jobs etc. However the jobs created by mining are miniature compared to the possible scale of economic chains and multiplier effects if other sectors were to be boosted. Mining comprises only 3 percent of Armenia's GDP. Academic research shows that in those areas where mining is the predominant sector of the economy, poverty and social inequality are on the rise.

Allegations about positive social impact by mining are not justified, as we receive only 25% of the profit made at the cost of exploiting the collective property of our people and we lose the opportunities of engaging in other economic activities due to land grabbing, intoxication of water resources, deterioration of public health. The mining sector is not properly regulated in Armenia, the only "outcome" is the multi-million toxic waste left over by the mining companies to the Armenian population as a "gift".

Your Highnes, as an advocate for nature conservation, please refrain from any action related to Amulsar gold mine that will confirm the current project and will make the above-mentioned threats a reality. In the meanwhile, we ask You, to intervene, within your powers, in the issue of this dangerous British investment project and prevent it and at the same time promote British investments in green economy in Armenia.

With kind regards,
Save Teghut Civic Initiative
Yerevan
May 28, 2013

tlkatintsi 2019-01-25 08:29:21
The below info is taken from the Lydian International website: Dr Armen Sarkissian Non-Executive Director Prime Minister of Armenia from 1996-1997. Experience as Armenian Ambassador to the United Kingdom, Senior Ambassador of the Republic of Armenia to Europe (Deputy Foreign Minister) and concurrently represented Armenia as Ambassador to the European Union, Belgium, the Netherlands, Luxembourg and the Vatican. Reappointed as Ambassador to the United Kingdom in 1998. Dr. Sarkissian is a founding President of Eurasia House International in London and had been Senior Executive Advisor to the Board of Directors and Chairman of a host of global companies, including BP, Alcatel, Telefonica, Finmeccanica and Bank of America Merrill Lynch.
ominac 2019-01-25 08:29:21
Եթէ ձեր նպատակը նամակ մը գրելն է, գոնէ մէկու մը գրեցէք որուն հոգն էր հայաստանը։