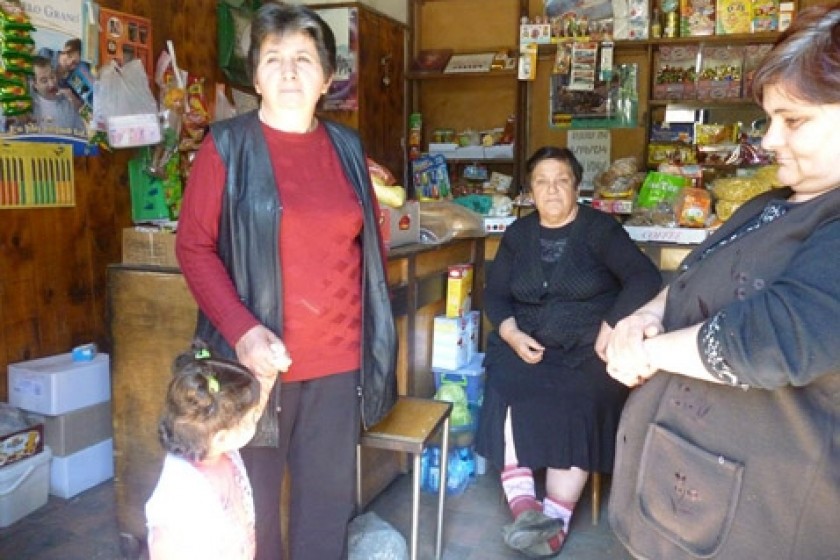 Patience at an End: Meghri Residents Promise to Damage Any New Mines

When the woman entering the Meghri store owned by Mrs. Alvard noticed my tape recorder, she immediately exclaimed, “While Meghri has become the most cut-off town in Armenia, it is also the most important. Who understands this?”

The woman was talking about a string of new mines planned for the area. The mines have become an issue of heated debate in Meghri.

And residents have cause for concern. They showed us a grove of apricot trees that have dried up and died. They say that similar mass tree blight occurred   in the 1960s. At the time, locals pointed to the water flowing from the Agarak Copper-Molybdenum Plant built in 1958.

“Our trees dry up and die. Why? Because the water flows from the plant. It’s toxic water. That’s why trees die and people get sick. But who takes any of this into account?” lamented a farmer called Zhirayr.  He says that this year kiwi, fig, peach and apricot trees have died.

Meghri resident Davit Hambardzoumyan blames the mines for the continuing environmental damage in the area.

“There’s the Tkhkout factory. The waste water would flow into the Meghri River. All the fish died off. Now it’s our turn to die. The authorities just want to make money and leave,” Hambardzoumyan complained, adding that the government treats them like foreigners.

“Slowly, all the people around here will pack up and leave for Iran,” he said.

Arborist Gevorg Margaryan pointed out that there isn’t a place in the world where 14 mines are operating in an area of 164 square kilometers. Margaryan claims that the water supplied to Meghri is polluted and that the Agarak tailing dam flows into the Arax River, the water of which us used to irrigate the communities of Nrnadzor, Shvanidzor and Almaz. He says the underground springs are nourished by the same water.

Marat Ohanyan, who heads the Meghri Municipal Environmental Committee, took us to a grove of walnut trees that have dried up. He said that specialists needed to be called in to ascertain the cause. 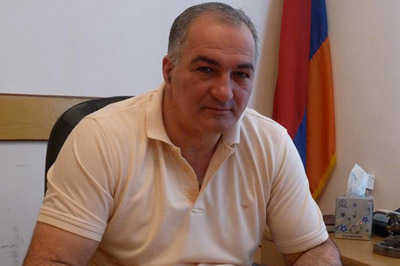 In the past year, the Armenian government has issued 14 mining exploratory licenses to a number of individuals unknown to local residents.

Meghri Mayor Arshavir Hovhannisyan confessed that he only found out about the new licenses from town residents.

“It’s a pity that the press doesn’t report these developments. Nevertheless, if the mines go through a tragedy awaits the people around here,” said the mayor, adding that public hearings on the mines never took place.

“They’re breaking the law by not holding public hearings. As the mayor, I find myself in a bind between the people and the government,” he said.

Hovhannisyan said he can barely contain the indignation of community residents and that he’s trying to resolve the matter through “civilized” channels. With this in mind, the Meghri Municipal Council sent a letter explaining the situation to RA President Serzh Sargsyan on January 25 of this year.

On May 17, the Meghri mayor sent a letter to the Ministry of Natural Protection, requesting that he be provided copies of the exploratory licenses.

Armen Parsadanyan, who heads the Sustainable Development NGO in Kapan, says that it is unacceptable to operate mines in the Meghri area.

It is impossible to promote mining and agriculture in the same area. While Meghri is regarded as a community earmarked for development, the positions of the local government bodies and residents aren’t being considered,” Parsadanyan said. 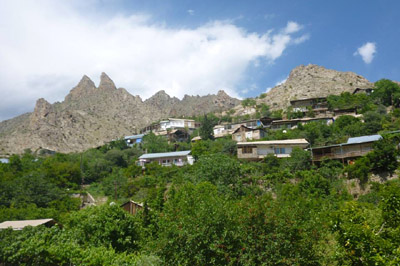 He says that a signature petition will be launched in Meghri about the problems face by the community and that it will be sent to the government and parliament.

Hovhannes Hambardzoumyan said that residents would do all in their power to close the mines if opened.

“Even if it means getting injured, we’ll close those mines. We’ll inflict so much damage on the mines that they’ll be forced to close,” he said, adding that they just might sabotage the equipment.

Meghri residents say that while they have limited their protests to writing, they are fully prepared to take their actions to another level if nothing is done.

By the way, the government has also issued nine mini-hydro plants licenses for the area, this in addition to the fourteen mining exploratory licenses it has already granted.