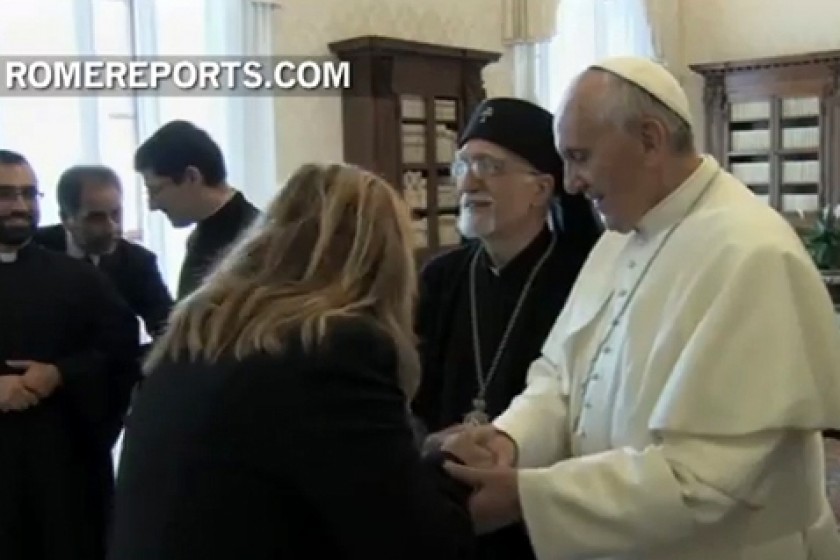 VATICAN (Diario ARMENIA).- Pope Francis recognized the Armenian Genocide as "the first genocide of the twentieth century" during an audience with the Patriarch of Cilicia of Armenian Catholics, His Beatitude Nerses Bedros XIX Tarmouni on Monday, June 3th.

Pope Francis also met a woman who accompanied the Patriarch, daughter of a family that survived the Armenian Genocide. Pope Francis listened, took her hand and repeated the words he had spoken in the book On Heaven and Earth, this time as Pope: "It was the first genocide of the twentieth century".

Tabakian Alfonso, director of the Armenian National Committee of South America, stressed that this is the first statement since he was appointed Pope, so "his words are important because they transcend states, religions and faiths".

"His recognition of the Armenian Genocide as the first genocide of the twentieth century confirms the statements of John Paul II, showing that more and more states, parliaments and international organizations take this position against the historical denial of the Turkish state", he added.