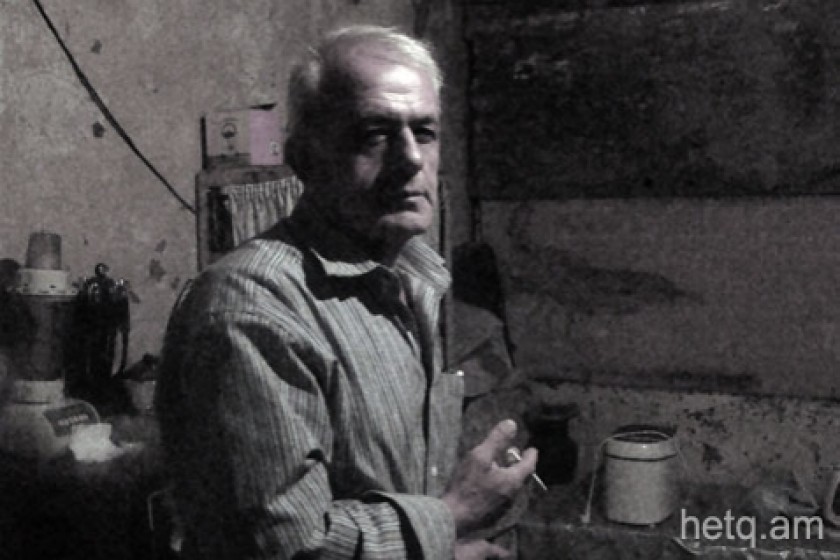 If you ever get to travel to Kovsakan, a town in the extreme southwest of the Kashatagh district of Artsakh, and ask the locals to name one of the best known Syrian-Armenian transplants, they’ll invariable mention Jirair.

Jirair Donabedian is one of the original Syrian-Armenians who resettled in this remote Armenian outpost in 2009, before the war broke out back home.

Hailing from the town of Qamishli, on the Syrian-Turkish border, Jirair now grows wheat and barley on 150 hectares of land that he’s leased.

He was also a farmer back in Qamishli and says he was doing quite well. But the pull of the homeland was too great to resist, he confesses.

“Whether or not there was a war, I have come here as a resident who will stay. I have never been a complainer, neither here or in the diaspora. I always have a positive outlook towards the future,” says Jirair.

A year after arriving, the rest of the family joined him-his wife and seven kids.

Jirair took out a bank loan and purchased a tractor. He had other farming equipment sent from Syria.

This year, in addition to wheat and barley, he’s planted chick peas and hopes one day to have the legume more widely grown in Artsakh.

At heart, Jirair is an experimenter and likes to try new things just to see what works and what doesn’t.

The family also put in long hours on the farm, just like back in Qamishli. Sometimes, they’ll put in twelve hours on one patch of land and then move on to another with little or no rest in-between.

Jirair says that news residents coming to Kovsakan mostly want to work in government jobs – the school, municipality the hospital or the fire brigade. He’s quick to point out however that there aren’t enough cushy civil service jobs to employ everyone. Who will farm the land, he asks.

Jirair’s eldest son serves in the army. Another is a student at the Faculty of Oriental Studies at Yerevan State University.

“We’ve put down roots here and plan to stay. We could have moved to anywhere in Europe, but chose to come to the homeland. Let the others go and may God go with them. But they will definitely long for the homeland. We are here. Good or bad, it’s ours,” Jirair says.