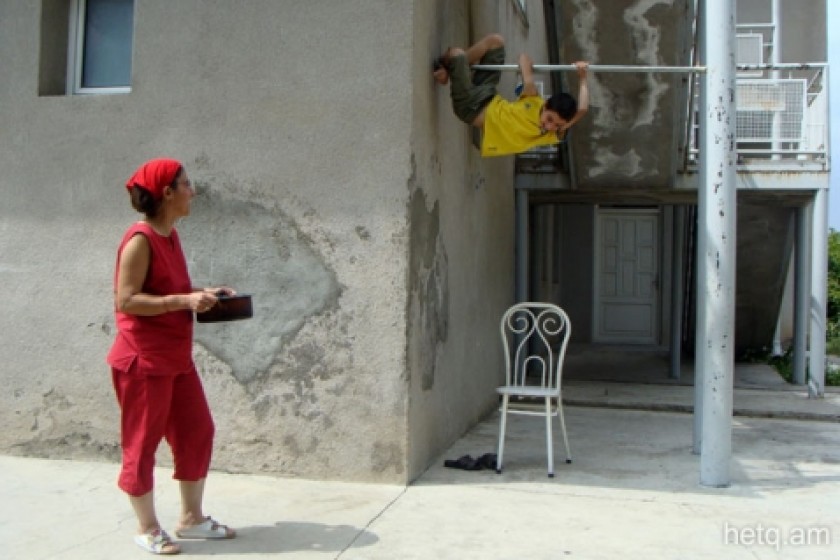 Kashatagh’s Syrian Armenians: “We just grabbed our kids and fled the war”

My first attempt to speak to Syrian-Armenian families who have resettled in the town of Berdzor proved unsuccessful.

I was told that I first need to get permission from, or at least inform, the authorities of the Kashatagh District in Artsakh.

Their argument was that reporters had interviewed the families in the past but had distorted their words subsequent press reports.

Kashatagh District Head Souren Khachatryan told me that no such permission was needed before talking to the Syrian-Armenian families now living there. 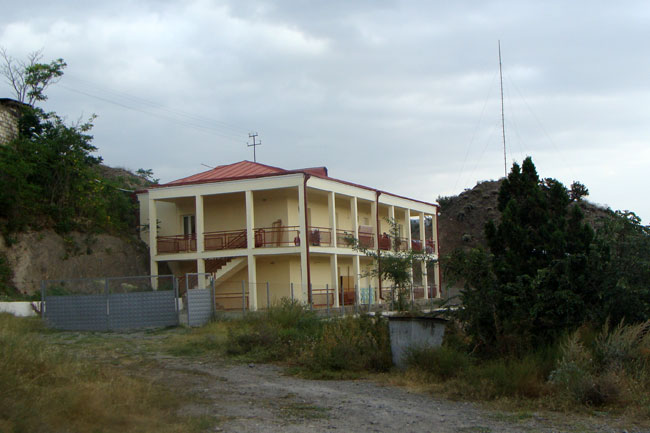 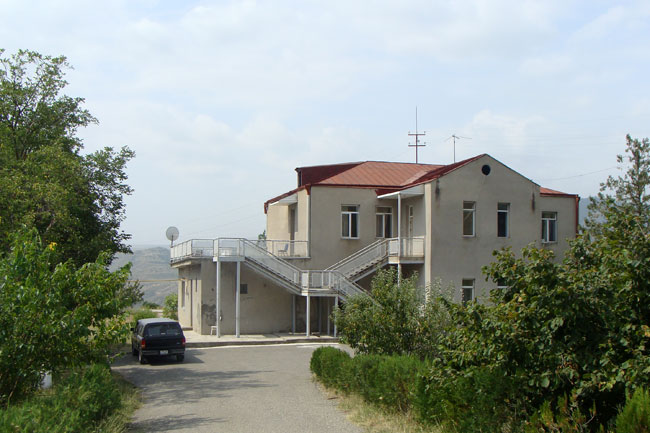 Five families have been located in this guest house, each getting one room. They share a bathroom and kitchen. 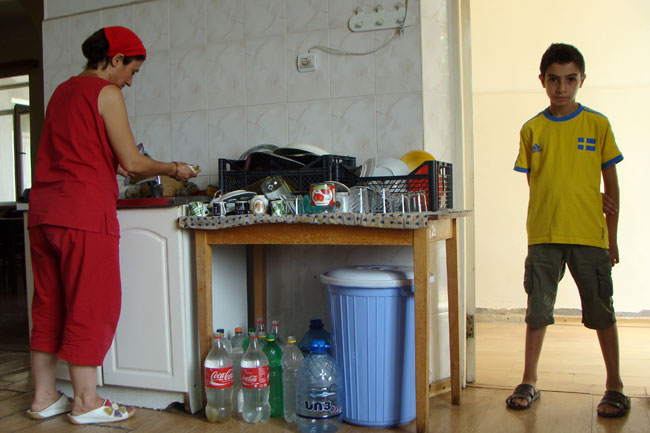 The Mouratians brought their three children to Armenia from Aleppo this year. They locked up everything and resettled in Berdzor. Mrs. Nelly Mouratian says they don’t know what is happening back home. “We just grabbed our kids and fled the war. They were shooting from the skies. We lived on the top floor and the kids were terrified,” she says.

George, Nelly’s husband, now works at the Berdzor water utility as a mechanic. When I got there, George had just arrived during his lunch break. 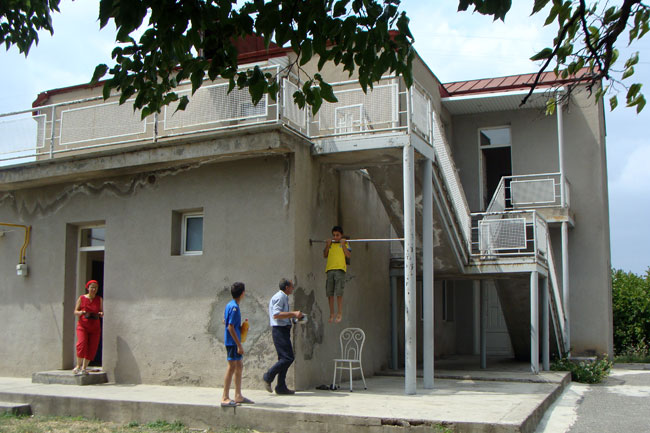 “Everything is fine here except when we have to walk into town. The hills are difficult,” George told me, adding that the municipality should start some kind of hourly taxi service.

There is a bus that operates in the town but only at certain times. Nelly complains that the service is too infrequent. 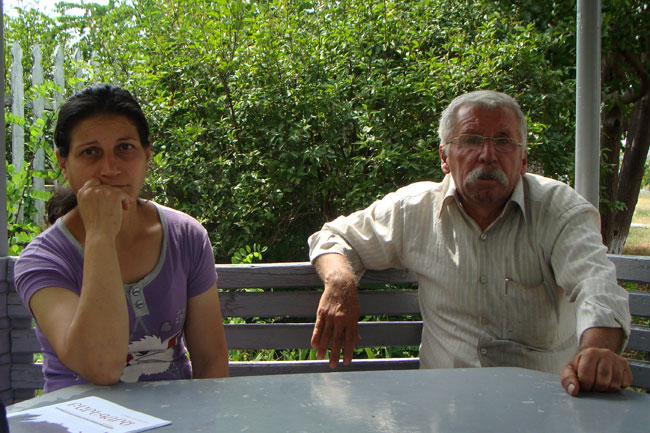 Sebouh Keshishian (photo right) is another Syrian-Armenian who has resettled in Berdzor with his family. A tailor by trade, Sebouh told me that many other reporters have covered their situation but that nothing good has resulted.

“They won’t give us an apartment. The authorities say we should find a benefactor to build us a house,” Sebouh says. The family has been allocated one small room in the guest house. 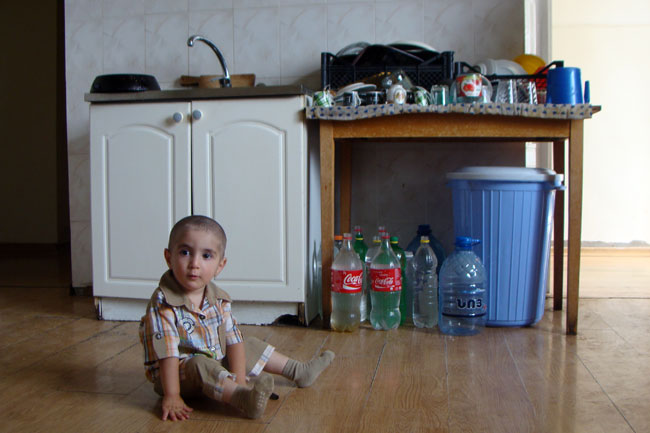 Two of the five families living in the guest house say they intend to move back to Syria if things calm down. 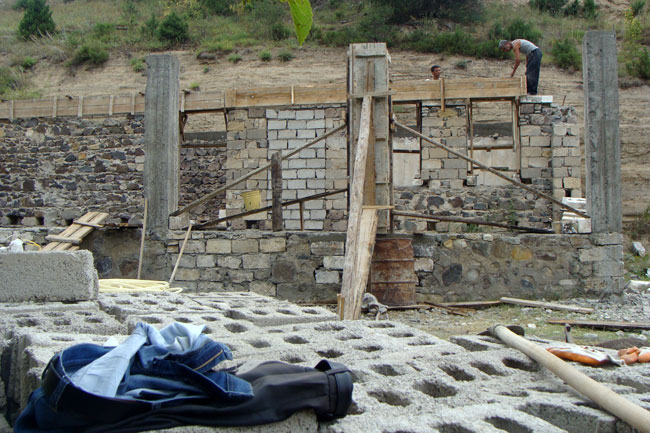 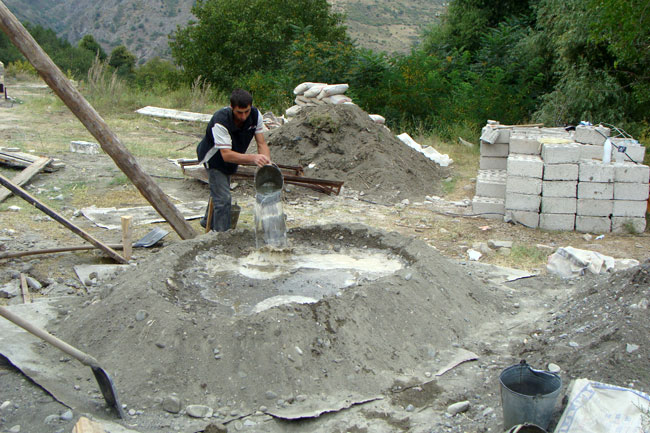 Some private homes in Berdzor are also being built. 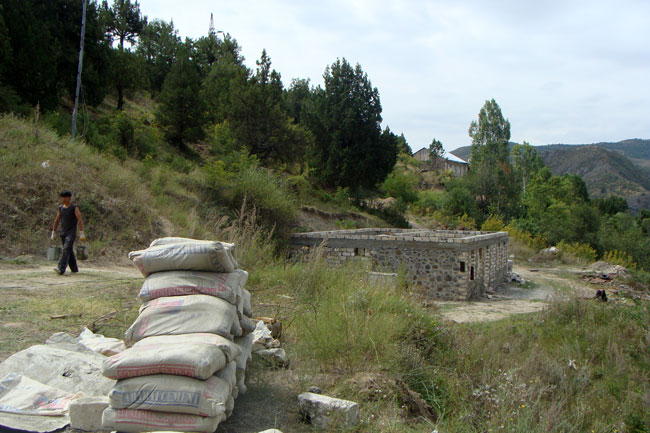 40 Syrian-Armenian families are on a waiting list to resettle in Kashatagh, but the government doesn’t have the resources to house them.

mahmouzian 2019-01-25 04:29:29
my brother and i .have been working to renovated houses in berzor karegha .mirik. sous ,for the last 5 years hairenik miutiun is doing a fantastic job. tufenkian is doing great and i have to add that we have been in the area for the past 11 years.so understand that the destruction is so immence that moving ahead is very very difficult. but i have to give a great credit for the help that Souren the governor is giving to the people. for the syrian for every one .before him they did not care .you have to have a big budget to takle all those problem and the way i see is all those peoples with good intention just pass buy berzor to stepanagerd and never stop .you have to be willing to help .just not talk about the jews .the greek the turks etc etc just wake up help th governor help the people and you will see the change.i can tell you the syrian are luky compaire to the local. most of the help is going toward them. heqt with all my respect to you your journalist .she should live there and investigate all the village aroud and then write about the problem and i will suggest to her to go to karegha and see what has been done and will be finish in the next 2 years if you mean it .for your information in 2014 we will start renovating the houses in berzor. 2014 is the year .and if you have a big heart and you want to make a donation to see big progress give to friends of armenia in california .specify for berzor constrution.only.mercy to you all
mahmouzian 2019-01-25 04:29:29
cristine. dont show us the same people again and againi will sugest vartan and his brother serop and the rest of the young syrian. and what they have to say. thank you.mihran
mahmouzian 2019-01-25 04:29:29
i have to say one thing about sebough.he is a nice person .yes but when we ask him to help his answer was this is not my profesion and george mouradian should walk like all of us he has a job and that is a blessing