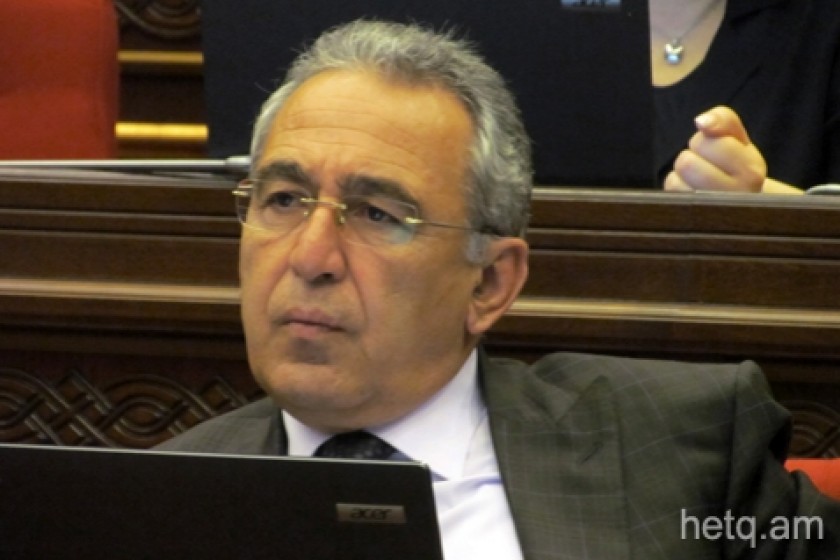 Hakob Hakobyan, the Chairman of the Standing Committee on Social Affairs of the Armenian National Assembly, is always to quick to shoot down bills proposed by the opposition seeking to increase the minimum wage, pensions and social subsidies to the poor.

Hakobyan’s catch-all argument is that the government is financially strapped and doesn’t have the resources.

A study of Hakobyan’s 2012 income disclosure statement shows that the official indeed has no need of a salary raise.

77.256 million came from  dividends from shares in  Arpa-Sevan OJSC, an engineering and construction  company. Another 45.339 million was derived from dividends from Bazenk CJSC, which operates mini hydro plants in Armenia.