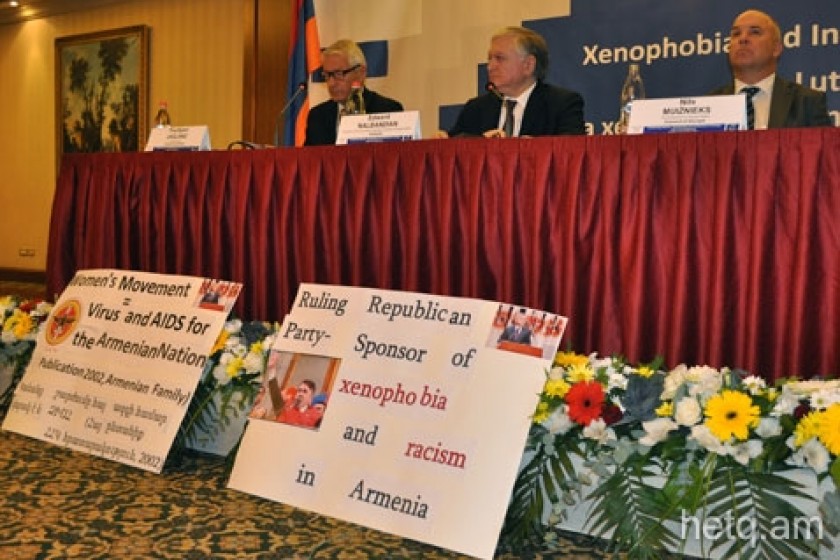 Activists protesting state sponsored discrimination and intolerance towards women and other minorities in Armenia, greeted participants as they entered Yerevan’s Marriott Hotel this morning for a conference entitled “Combating Racism, Xenophobia and Intolerance in Europe”

Holding banners accusing the ruling Republican Party in Armenia and its officials as actually fomenting “hate crime”, the activists argued that the government itself should be the focus of the conference. 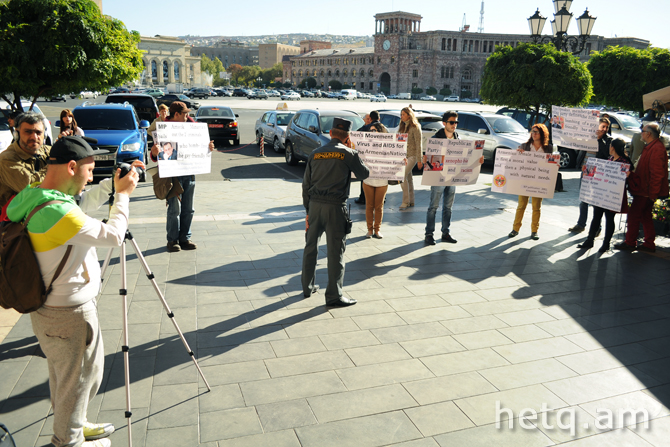 Afterwards, the activists made their way into the conference hall, despite steps taken by local security staff and police to prevent them. 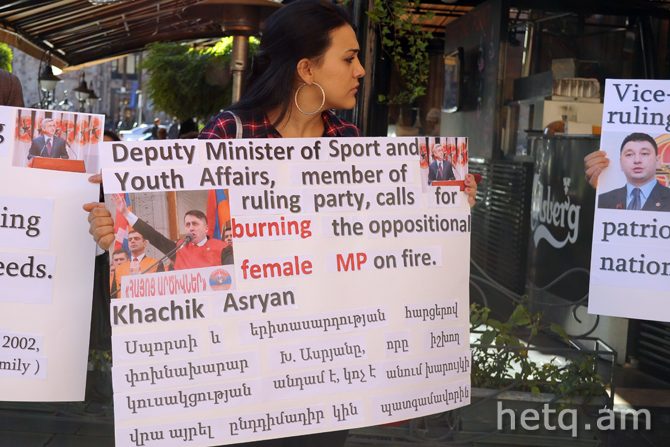 The conference is being hosted by the Armenian government as the current chair of Committee of Ministers of the Council of Europe. 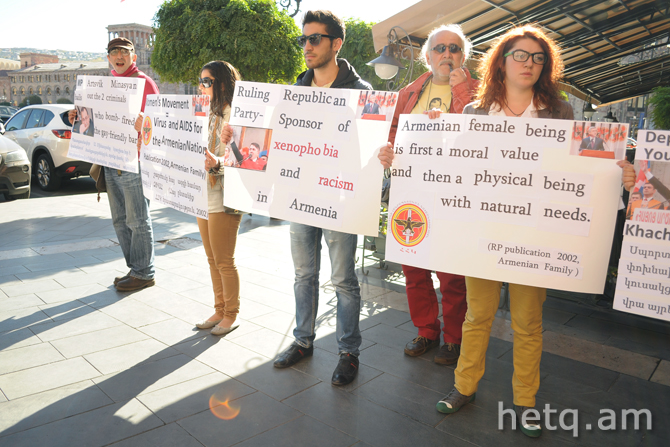 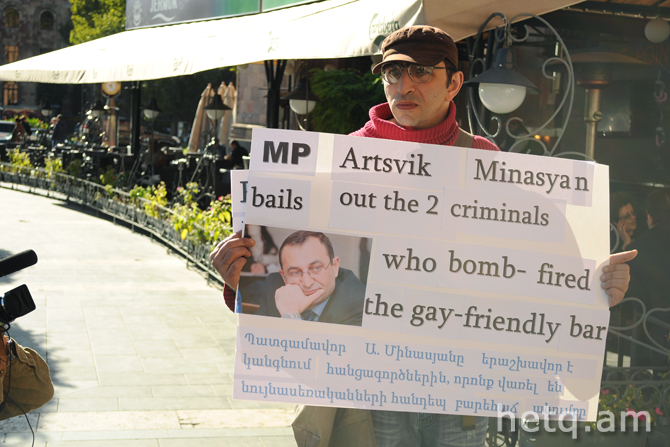 In attendance were a host of international experts and government officials, including Thorbjørn Jagland, Secretary General of the Council of Europe. 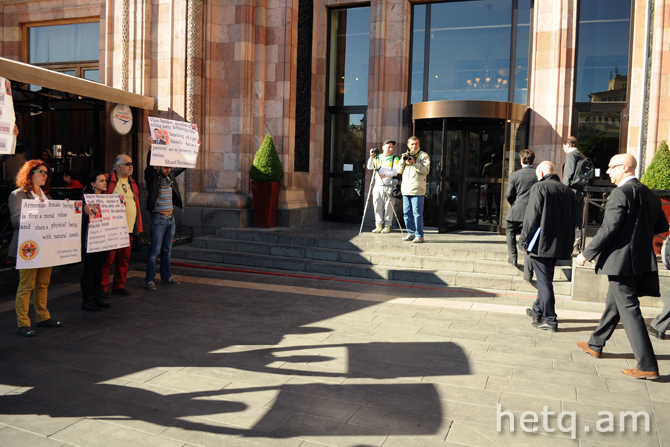 At one point, U.S. Ambassador to Armenia John Heffern approached the protestors and conversed with them (below photo) 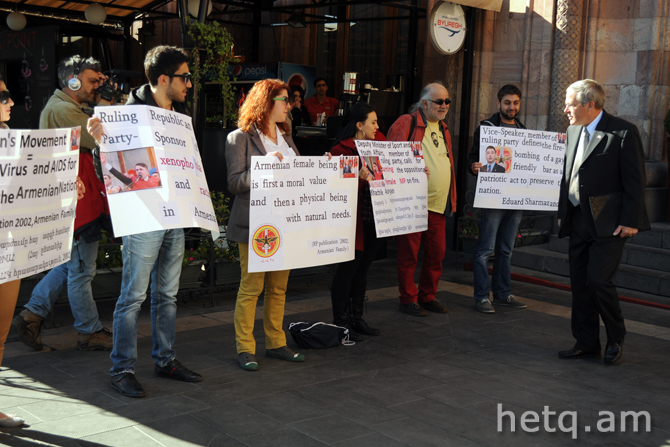 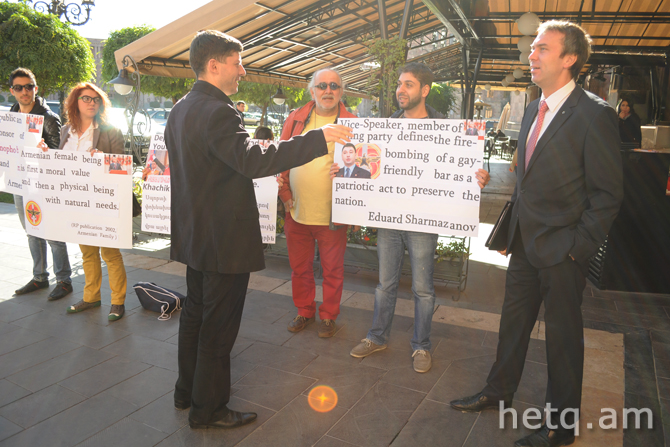 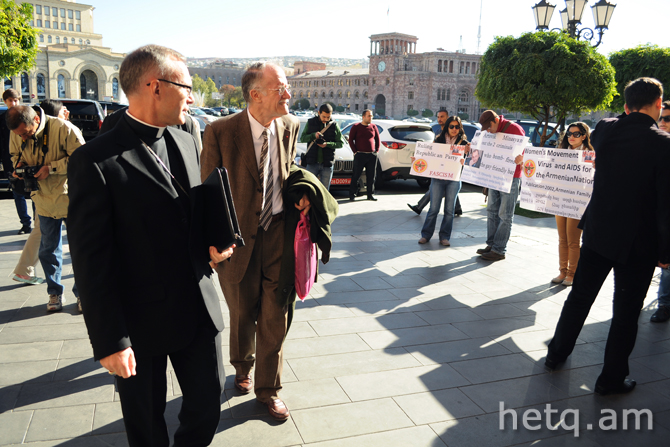 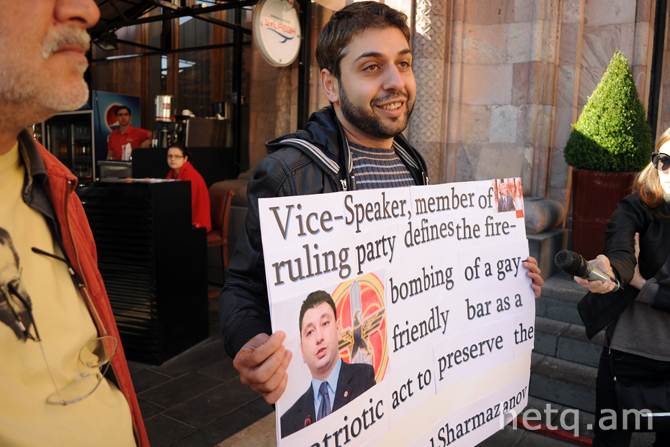 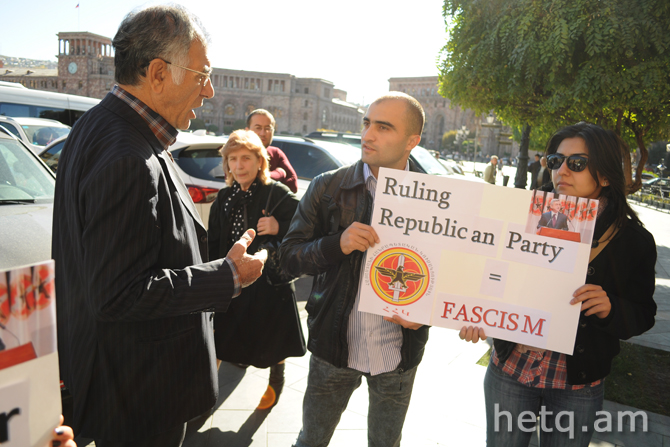 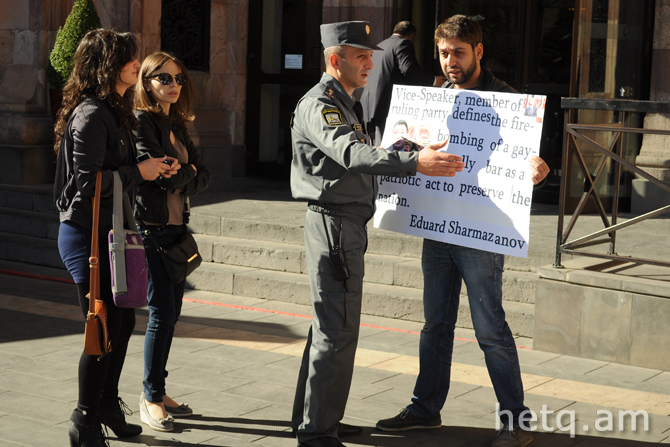 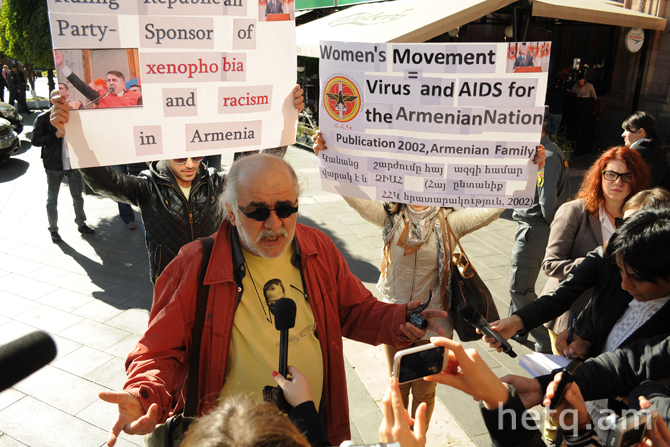 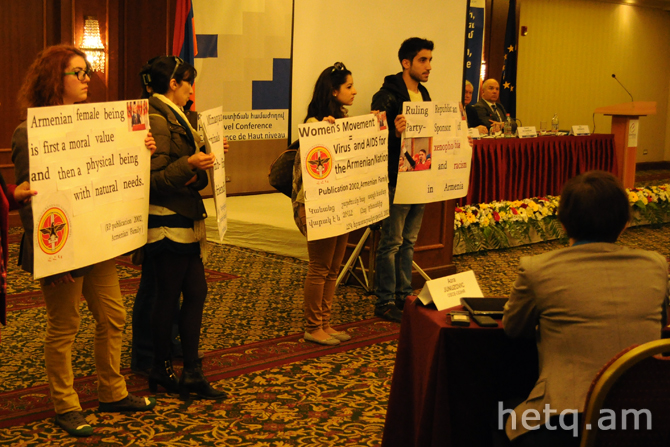 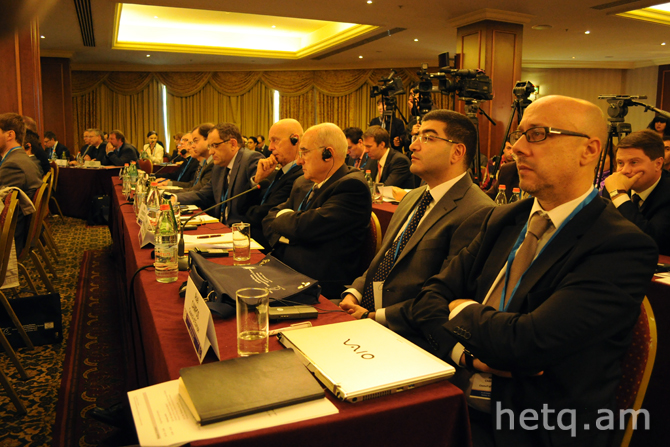 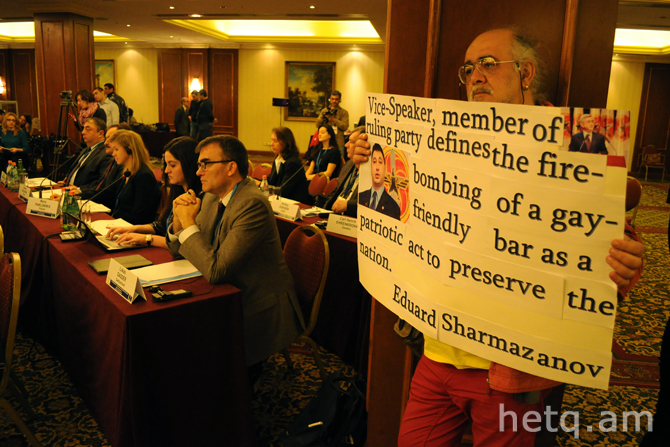 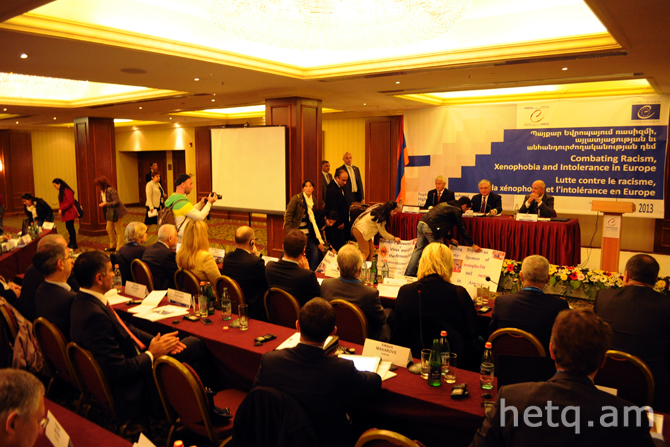 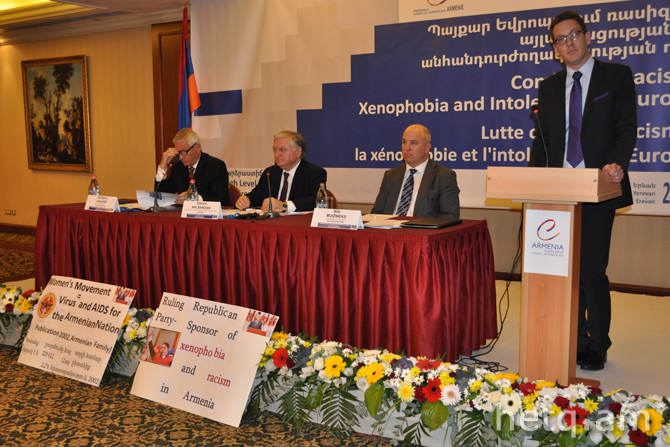 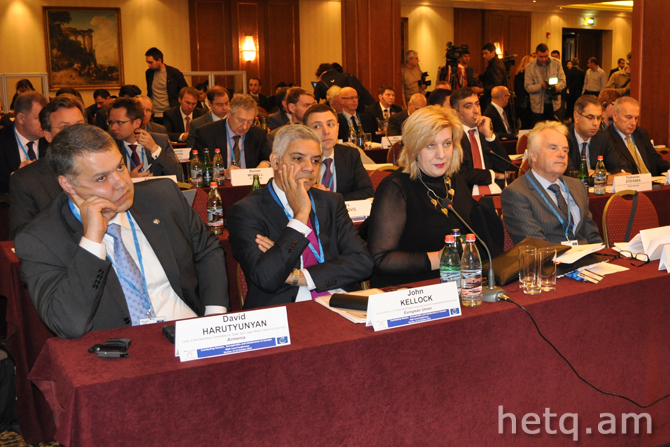 Steve 2019-01-25 08:29:32
Congratulations to the protestors for so spectacularly outhinking the Republican Party dinosaur. And they got it absolutely right by making their placards in English.
Grigor 2019-01-25 08:29:32
There is xenophobia, homophobia, racism and hate crime anywhere. But what makes Armenia special, is that in other civilised countries it is punished, in Armenia it is rewarded and praised. This is sad indeed.