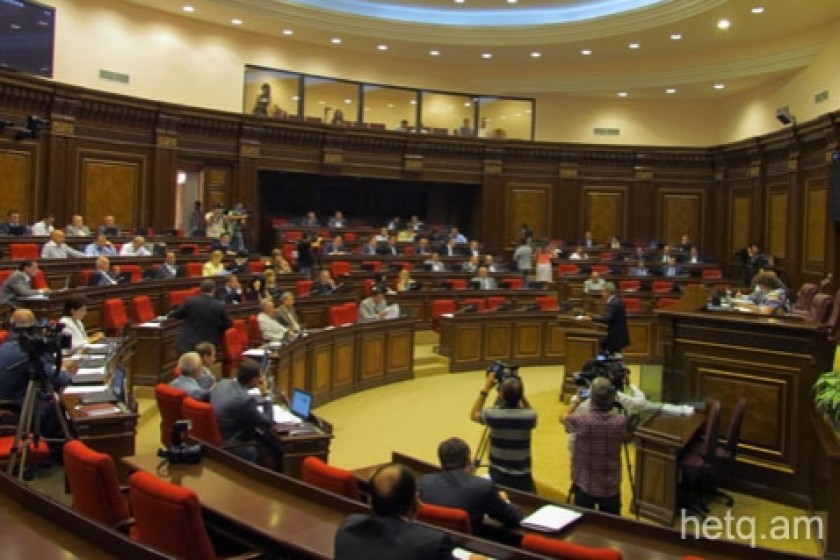 It also believes that higher wages to state employees will cut down on corruption risks and increase the overall productivity of the bureaucracy.

At least that is the argument the government has been using to support its bill that the National Assembly has been debating for the past three days.

Armenia’s Deputy Prime Minister now gets 357,810 AMD ($881) monthly. This will increase to 992,100 AMD ($2,444). Also getting the same wage will be the Prosecutor General, President of the Cassation Court, President of the Control Chamber and the Human Rights Defender.

The government says it wants to implement a more unified wage scale system that would gradually do away with the salary discrepancies among various departments that have accumulated over time.

Since the proposed pay raises directly impact on their pocketbooks, MPs actually have followed the debates with greater than usual interest.

Many didn’t understand how the government calculated their new wage rate, given that the same wages would also be received by Provincial Governors and First Deputy Ministers.

All government Chief of Staff Vache Gabrielyan could say in this regard was that the calculations were based on professional studies and interviews conducted with various officials, including MPs.

This seems a bit suspicious since I couldn’t find one MP who said they had been interviewed.

Some MPs demanded that the names of their colleagues who had been interviewed, and asked to evaluate their work, be made known. Gabrielyan promised to publish their names but they haven’t been so far.

For example, MP Arpineh Hovhannisyan wanted to know who had evaluated the work productivity of the Presidential Chief Advisor, who will be getting paid 727,540 AMD if the bill passes. That’s 66,140 more than the MPs will get, so I guess many in parliament felt somehow slighted.

Opposition MP Nikol Pashinyan rhetorically asked if the government was doing such a great job to warrant these raises.

He declared that he would vote against any raises for President Sargsyan, National Assembly Speaker Abrahamyan and other officials.

“These are people under whose watch poverty has jumped from 27.6% to 37%,” Pashinyan said.