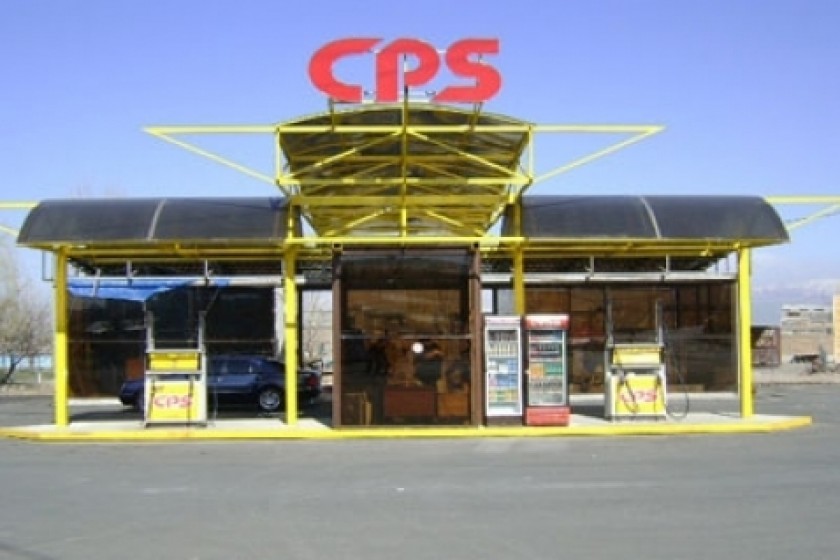 After Flesh Ltd, the biggest player in Armenia’s gasoline and diesel market is CPS Oil Corporation – founded in December, 2012, by Ashot Salazaryan.

CPS, created more out of compulsion than anything else, is the latest in a string of gasoline companies founded by Salazaryan.

Until 2009, one of the companies dominating the diesel sector in Armenia was “Kagh Petrol Service” Production Cooperative (PC). It was founded by Ashot Salazaryan, Nona Sargsyan and Ara Hovhannisyan. In 1995-1996, it was called “Vorak” PC. In 2008, Salazaryan founded City Petrol Group. Ever since 2009, City Petrol has replaced Kagh Petrol as the number two player in the market.

City Petrol now controls 41.7% of the gasoline and 40.8% of the diesel market in Armenia, following Flesh with market shares of42.6% and 47.3% respectively.

In 2009, the SCPEC (State Commission for the Protection of Economic Competition) investigated the gasoline sector and launched a case against Kagh Petrol for jacking up gasoline prices. In response, the company informed the SCPEC that as of April 1, 2009, it would no longer be importing gasoline and diesel into Armenia. The operation would be handled by the new company, City Petrol Group.

In August, 2009, the SCPEC discovered that Kagh Petrol was only engaged in large scale fuel sales and that City Petrol was engaged in retail sales, where the price hikes had been registered. The SCPEC also discovered that as of April 1, 2009, one of their founders and CEO’s had changed – Salazaryan had been replaced by Yuri Petrosyan, and later, by Artur Danielyan. According to the SCPEC – “Consequently, those two companies, by law, are not constituted as a group of individuals. Thus, our examination has not revealed adequate grounds for a violation of the law.”

However, in March 2012, City Petrol was fined 100 million AMD. The SCPEC argued that it had abused its prominent position and had swallowed up smaller companies. It is possible to infer that the creation of City Oil Corporation and registering it under another person’s name followed the same scenario that occurred in 2009, when Kagh Petrol avoided penalty. This time, however, another issue was at play in the creation of the new company, out of which the fuel supplier surfaced with flying colors over time.

We should remember that in the spring of 2010, Kagh Petrol had made the black list of the Ministry of Finance, prohibiting it from participating in any state procurement tender bids for three years. The reason was that Kagh Petrol had violated its contract obligations with two state agencies. Despite this, in the first six months of 2012, the government signed a 1.9 billion AMD contract with City Petrol. In other words, after showing up in the government’s “black book”, another company took over the work of Salazaryan’s company.

The picture hasn’t changed. Last year, City Petrol made it into a similar listing of “out of favor” companies. On November 26, 2012, the company was included into the government’s “grey list”. (A list of companies who are candidates for the more severe black list). The company was banned for one year for violating Article 5 of the Procurements Law. A few days later, on December 12, CPS Oil Corporation was created, and it could freely participate in all tenders for state procurements. 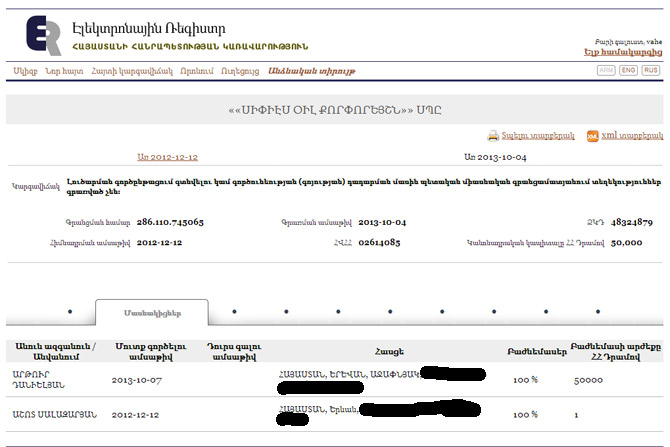 It appears that the practice of creating a new company to circumvent the ban on another in order to take part in tender bids is nothing new for the Ministry of Finance. It has even told us that such things occur. Enterprises violating the law are taking advantage of the shortcomings of the same law. So why aren’t these shortcomings being fixed? If a person can create a new company to participate in and win state tenders, what’s the sense of blacklisting a company registered under the same name and doing business in the same sector? Is it all for show?

In the list published by the State Revenue Committee of the top 1,000 taxpayers, the number 1 tax paying gasoline company is Flesh Ltd, owned by Parsegh Beglaryan. This year it paid 8.5 billion AMD.

The second largest is CPS Oil Corporation – 5.6 billion paid in the first 9 months of 2013. Even though it was founded in December 2012, the company has risen to the spot of 13th largest taxpayer overall for the 1st quarter of 2013.

This is quite natural since the operations of Kagh Petrol, a former top ranking tax payer, have now been subsumed under the name of City Petrol Group which, in the State Revenue Committee registry, replaced the production Cooperative. Transactions are now being conducted under the name of this new company. And, just like the cooperative was never blacklisted; so too has the Group.

For the 1st quarter of 2103, the Group was the 25th largest taxpayer in Armenia, while CPS Oil came in 13th. Mid-year stats show that CPS Oil dropped to 37th place. By the 3rd quarter, the company had dropped from the top 1,000 list all together. 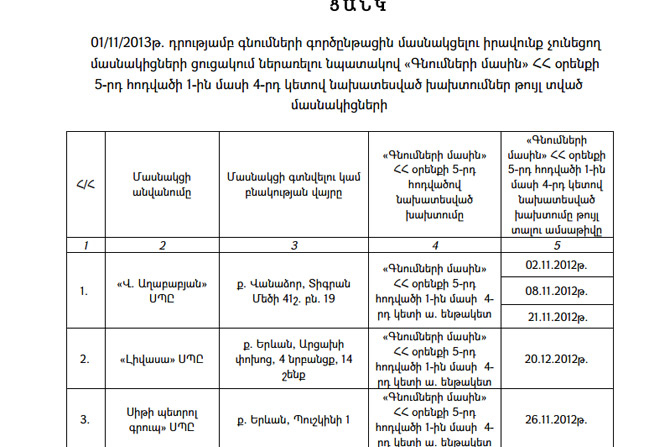 The director and shareholder of CPS Oil changed last month. Ashot Salazaryan’s name was replaced by that of Artur Danielyan in the registry documents. As noted above, in 2010, Danielyan also became the sole shareholder and director of Salazaryan’s City Petrol Group.